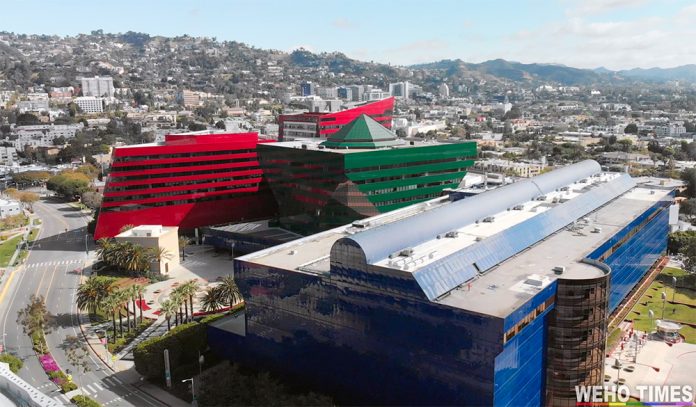 With a 5-0 vote Monday night, West Hollywood’s City Council took steps toward ethics reform by limiting the ability of former city officials to act as lobbyists. However, the Council delayed action on a controversial proposal to end city contracts with the West Hollywood Chamber of Commerce.

Under terms of the ordinance, former councilmembers and former high ranking city employees are prohibited from lobbying the city for four years after they leave City Hall, up from the previous one-year period.

The reasoning behind this is that former city officials are often privy to insider information while working in City Hall, which could give them an advantage while lobbying for a particular project or cause. Similarly, those former city officials can often exert influence on “former subordinates or peers who may feel pressure to be accommodating on the basis of prior relationships,” according to the staff report.

Erickson added that it was necessary to extend the “cooling off period” from the previous one year to four years because it can often take several years for a project to work its way through City Hall during the approval process. Likewise, four years allows for personal relationships with staff and elected/appointed officials to cool off some.

These “revolving door” policies, as they are called, are intended to prevent organizations that have business with the city from hiring the former officials to lobby on their behalf and exploit their insider information and personal relationships. This would include everything from a construction project that is up for approval, to a group vying for a contract with the city.

With passage of this ordinance, a longstanding loophole that exempted nonprofits from the lobbying restrictions was removed.

The Council also called for the city’s Ethics Reform Task Force, which hasn’t met since the coronavirus pandemic began, to reconvene and develop an explicit definition of what a “lobbyist” is. Newly sworn-in Mayor Lauren Meister called on the city to post a list of all registered lobbyists on the city website, as well as note which groups or companies they are working with.

Meister also urged the Council to prohibit political campaign managers from serving as lobbyists, noting that it can create an awkward situation (and bad optics) for a councilmember when the person who helped get him/her elected is appearing before the Council a few months later lobbying for a project. Shyne requested the Ethics Reform Task Force weigh in on the matter before the Council votes on it.

Meanwhile, the Council opted to table a discussion about ending several contracts with the West Hollywood Chamber of Commerce until January, pending an audit of how City funding is spent.

The city currently pays the Chamber $19,800 annually to operate a commuter center to sell Metro passes and TAP cards.

Shyne noted the optics of the Chamber receiving money from the city and then lobbying the city for certain issues is not good.

Tensions between the Chamber and the Council have been high since the spring when the Council first proposed an ordinance limiting the number of rooms a hotel worker must clean each day. The Chamber campaigned vigorously against the hotel housekeeping item saying it would increase costs, while the Council said it would create greater worker equality.

Since that time, questions have arisen about whether the Chamber used money it received from the city to fund its SOS (Save Our Services) campaign against the hotel ordinance. Thus, the Council demanded an audit of how the $70,000 it gives the Chamber each year was spent.

Erickson noted the proposal is a matter of accountability and public trust as people want to know where the money is going.

However, many residents and business owners alike viewed this proposal to end the contracts with the Chamber as retaliation from the SOS campaign.

“Termination of city contracts with the Chamber under the guise of ethics reform appears to be retaliation for recent disagreement over policy,” said Chamber board chair Nick Rimedio during the public comment period.

Chamber president Genevieve Morrill assured the Council that no city funds were used in its campaign against the hotel housekeepers item. She called the city’s report on the ethics reform item “offensive” and “misleading,” contending it creates misconceptions about how the chamber manages its funds.

“Putting out this type of propaganda is damaging and not helpful to repairing any relationships or finding any way to collaborate,” said Morrill. “It’s our job to represent the interests of the business community and sometimes we don’t agree on policies you put forth . . . We oppose policies that are bad for our economic well-being and the businesses themselves.”

However, in July, prior to passage of the hotel housekeepers item, the Chamber was accused of putting out misleading propaganda in its SOS campaign against the ordinance by claiming funding for city services would be reduced if the ordinance passed.

Mayor Meister and Councilmember John D’Amico both praised the Chamber for the good job it does for the city, D’Amico saying the Chamber provides “robust services” to the city.

Councilmember Lindsey Horvath noted it is highly unusual for a city to contract for services with its Chamber of Commerce. However, she urged finding common ground and putting community first.

As the discussion closed, D’Amico encouraged Erickson to not take criticism personally, that it is par for the course for an elected official.

“I think you need a thicker skin, man. People who are not elected get to say whatever they want about elected officials,” said D’Amico. “I want you to know you can always call me and I will commiserate with you about what they said about us that is unfair, rotten and terrible.”

Erickson insisted his stance wasn’t about anyone. “People say bad things about us all the time,” he said. “We say them sometimes about each other, right? We have to take issue and be held accountable. This is about accountability and public trust.”

John Erickson and Sepi Shyne need to be recalled. They have no place on our City Council. They are self-centered, self-promoters, who have absolutely no idea how to make a city run safely and efficiently. And they don’t seem to understand that the symbiotic relationship between city government and the local business community – dating back to 1984 when the city was founded – helps West Hollywood fund its progressive social policies and allows WeHo to spend more per capita on social services than any other city in the country. If you chase away the business community, as Erickson and… Read more »