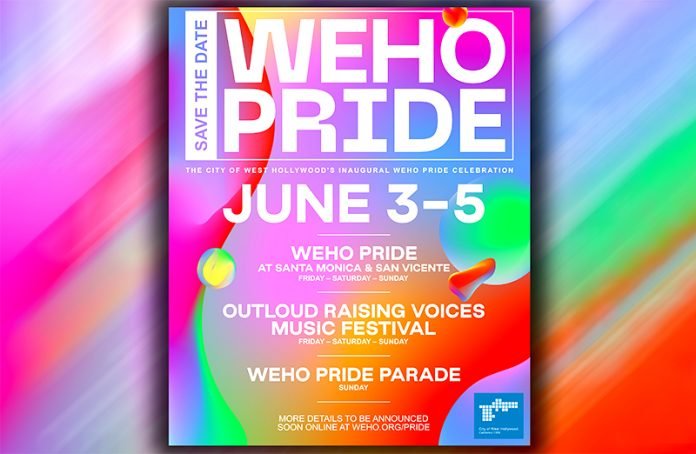 For decades, the City of West Hollywood has been home to one of the largest Pride celebrations in the nation and hundreds of thousands of LGBTQ people and allies from across the region and around the world make West Hollywood their regular destination during Pride season. This year, the first WeHo Pride will kick-off Pride month celebrations across the nation. WeHo Pride will include:

1)     Community organizations and groups can apply to activate a designated space in the footprint of the WeHo Pride Street Fair held in the vicinity of West Hollywood Park and N. San Vicente Boulevard during the weekend of June 3-5; or, alternatively, may request City funding for a separate event, produced entirely by the community group. As a part of either option, the events/activations will be promoted using the official branding of WeHo Pride and be included in the larger umbrella of the City’s official WeHo Pride celebration. More information and the submission form for applications from community groups that wish to participate in the WeHo Pride Street Fair is available at: w.eho.city/applywehopride.Applications will be reviewed by the City of West Hollywood and a limited number of approved groups will be chosen as WeHo Pride participants. The deadline to apply for a community event Thursday, March 31, 2022 at 5 p.m.

2)     Get festive as we roll down Santa Monica Boulevard for the City’s inaugural WeHo Pride Parade. Nonprofit organizations, local businesses, colleges and universities, community partners, and/or national brand allies are invited to show their creativity as we celebrate WeHo Pride in the City of West Hollywood. Together as a community, we will bring entertainment, excitement, and a whole lot of fun to WeHo Pride weekend. The WeHo Pride Parade will welcome floats, bands, drill and dance teams, advocacy group march contingents, and other creative entries. Remember, spectators want to be entertained and they will remember a unique, fun, colorful, and entertaining entry. The parade is limited to a two-hour event and the number of entries is limited to 100.  The deadline for applications is Friday, April 29, 2022 at 5 p.m. For more information, to fill-outthe application, and to learn about entry fees, visit https://form.jotform.com/220595937379169.

The City will continue to provide updated information about programming for WeHo Pride 2022, as it becomes available, at www.weho.org/pride.

Looking forward to this. Hope it goes well.