Retrofitting work will begin on the east side of West Hollywood. The contractor will proceed toward the west until all of the City-owned streetlights have been converted to LED fixtures. There may be temporary disruptions to traffic and/or parking during the installation process at each streetlight location; however, the duration of work is expected to be less than one hour for each location to minimize disruption. When completed, the City of West Hollywood’s streetlight system will be more energy efficient, less costly, better maintained, and will provide improved visibility throughout the City. The project is anticipated to be completed by Fall 2021.

The City of West Hollywood installed year-round decorative street lanterns on Santa Monica Boulevard back in late December, 2019. The colorful lanterns also use LED lighting. They zigzag from N. Robertson Boulevard and Hancock Avenue in the heart of West Hollywood.

The City of West Hollywood is dedicated to sustainability and preserving the environment. One of the City of West Hollywood’s core values is Respect for the Environment and the City has a strong record of developing and instituting progressive and forward-thinking environmental policies. The City is currently engaging the community in its people-centered Climate Action and Adaptation Plan (CAAP) — an effort called “WeHo Climate Action” — to champion local actions needed to meet the challenges of a changing climate. Although climate change is a global problem, the City recognizes that strategies to adapt to a changing climate are best enacted at the local level. The plan will establish more aggressive greenhouse gas emissions reduction targets, obtain feedback from those who are most impacted by climate change, empower the community to play an active role in creating a sustainable future, and support a vibrant and sustainable city for current and future generations. To find out more, visit www.weho.org/climateaction. For additional information about the City’s ongoing sustainability efforts, visit www.weho.org/gogreen.

Wouldn’t solar lighting that needs no electricity be better?

Those have been around for years, with a lithium ion polymer battery that charges up during the day and the LEDs can easily run all night. They even come with an infrared LED motion detector if you want to activate it that way. 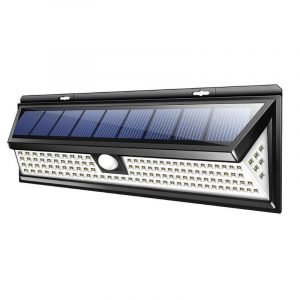