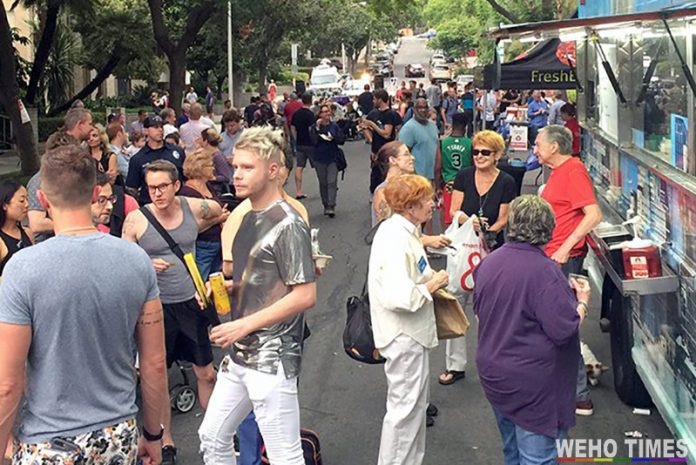 Events such as block parties, barbecues, live entertainment, dancing, and more will take place throughout the City during the evening.

Attendance is free. There will be limited street closures during National Night Out 2021; these will occur on Tuesday, August 3, 2021 from 4 p.m. to 9 p.m. A list of events, times, and event locations is being regularly updated on the City of West Hollywood’s website at www.weho.org/nno as the event approaches.

“National Night Out in West Hollywood is always something to look forward to,” said City of West Hollywood Mayor Lindsey P. Horvath. “Since we were unable to celebrate National Night Out in person last year due to the COVID-19 pandemic, this year is even more meaningful. Whether enjoying an outdoor fiesta or just having a lemonade with neighbors, I’m looking forward to seeing so many of our residents at block celebrations throughout the City. National Night Out is a great occasion to come together, build community, and enjoy camaraderie with one another, which adds up to making West Hollywood’s neighborhoods safer, better places to live.”

This year marks the 38th Annual National Night Out (NNO), which began in 1984 as an effort to promote involvement in crime prevention activities, law enforcement and community partnerships, neighborhood camaraderie and to send a message to criminals that neighborhoods are organized against crime. Nationwide, more than 35 million people in neighborhoods across the country gather outdoors to celebrate their unity and their successes in the fight against crime. Celebrating National Night Out has been a tradition in West Hollywood since the City’s incorporation.