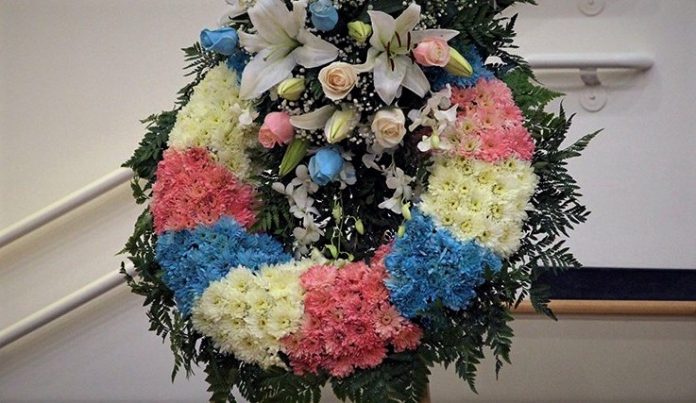 The City of West Hollywood and the City’s Transgender Advisory Board is commemorating Transgender Day of Remember with a virtual ceremony on Saturday, November 20, 2021 at 6 p.m.. The presentation will feature a reading of names to memorialize people who have been murdered as a result of anti-transgender violence. The program will be hosted by transgender leader and advocate Sabel Samone-Loreca. It will include guest speaker Reverend Valerie Spencer, as well as tributes by musical artist LZ Love and the Trans Chorus of Los Angeles, TCLA.

For information about the Transgender Day of Remembrance ceremony, visit www.weho.org/lgbtq. The event will be livestreamed on the City of West Hollywood’s WeHoTV YouTube channel at www.youtube.com/wehotv. Participants may join the event virtually by registering for the Zoom program using this link: https://us06web.zoom.us/webinar/register/WN_w0qal-CDSWmv1CKyc7dmNA.

Transgender Day of Remembrance is part of the City of West Hollywood’s annual recognition of Transgender Awareness Month, which is recognized throughout the United States each November. Transgender Day of Remembrance is an opportunity to look forward to the future and recommit to ending discrimination and transphobia by amplifying the visibility and voices of the transgender community. The City encourages every community member to honor these lives and memories and to take the opportunity to reflect on the work that remains to be done.

Transgender Day of Remembrance was started in 1999 by transgender advocate Gwendolyn Ann Smith as a vigil to honor the memory of Rita Hester, a transgender woman who was killed in 1998. The vigil commemorates transgender people lost to violence since Rita Hester’s death and has become an important annual tradition.

The Human Rights Campaign (HRC) tracks annual statistics of violence against the people in the transgender community. In the latest statistics currently available, HRC has reported that in 2021 there have been at least 43 transgender or gender non-conforming people fatally shot or killed by other violent means in the United States. A disproportionately high number of victims are Black and Latinx transgender women. The 2021 report follows reports of 44 deaths in 2020; 27 deaths in 2019; 26 deaths in 2018; 29 deaths in 2017; and 23 deaths in 2016. According to HRC: “it is clear that fatal violence disproportionately affects transgender women of color, and that the intersections of racism, sexism, homophobia, biphobia, transphobia and unchecked access to guns conspire to deprive them of employment, housing, healthcare, and other necessities, barriers that make them vulnerable.” This wave of violence has been declared an epidemic by the American Medical Association. Rates of actual violence or deaths may, in fact, be higher but anti-transgender violence can be difficult to accurately measure, as victims are sometimes misgendered in reports, which can delay awareness of deadly incidents.

The City of West Hollywood will fly the transgender flag over West Hollywood City Hall through Tuesday, November 30, 2021. The flag will be flown at half-mast on November 20, which is Transgender Day of Remembrance, in honor of transgender individuals who have been murdered. City Hall will be awash in blue, pink, and white lighting throughout the month. From Wednesday, November 10, 2021 through Sunday, November 21, 2021, the globe lanterns above Santa Monica Boulevard between N. Robertson Boulevard and Hancock Avenue will glow in blue, pink, and white. Transgender flags will be flown on the City’s medians where flags are currently displayed.

No it does not.