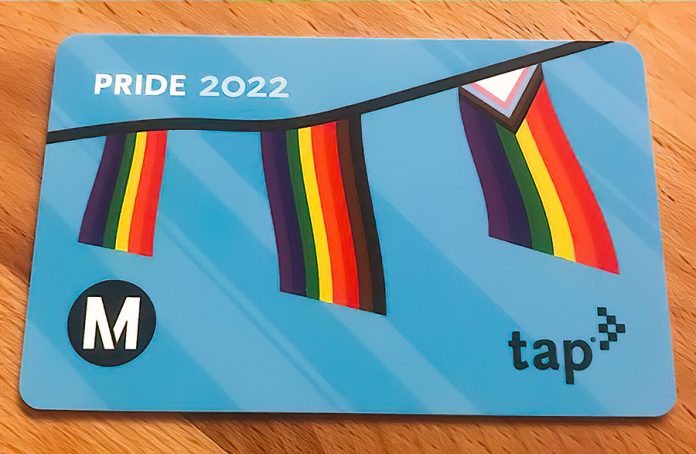 The West Hollywood Chamber of Commerce announced yesterday that the City of West Hollywood has cancelled their contract with the Chamber for Metro TAP Card Services as of December 30, 2022. “The WeHo Chamber has greatly appreciated serving this community and its visitors as a Commuter Center for 26 years,” reads the announcement. “…We will not have the ability to sell or load TAP Cards after the end of this month.”

According to the City Staff Report, the reasons for discontinuing the agreements was due to
The Chamber of Commerce’s heavy involvement in the City of West Hollywood, including
significant lobbying and advocacy efforts on behalf of its members on various topics. The assessment was that these lobbying and advocacy efforts can raise conflicts of interest when public dollars are being used to help fund the Chamber. There are times when these efforts conflict with some of the City’s core values or priorities. The City’s contract with the Chamber of Commerce outlines a variety of activities that the Chamber is required to perform, however, the Chamber also performs other activities on behalf of its members, such as advocating for specific policies, which makes it difficult to distinguish which components the City’s funding is paying for.

The report adds that the Chamber’s Governmental Affairs Council (GAC) endorses City Council candidates. The support of certain City Council candidates while the entity is also
receiving City funding that is approved by the same Councilmembers can also have the
appearance of a conflict of interest. For these reasons, it was proposed that the City
no longer provide direct payments to the Chamber of Commerce as a service provider to
the City. As is common in the chamber of commerce industry, the Chamber has revenue from membership dues to fund its more direct and primary service purpose of supporting its member local businesses. Based on staff’s initial research, there are other chambers of
commerce in the greater Los Angeles area that do not receive city funding. Some cities,
such as Culver City, do not provide funding, and others, such as Malibu and Santa
Monica, do not provide any ongoing or regular support to their local chambers of
commerce but do occasionally contribute to specific events or programs. The City of
Beverly Hills does provide direct financial payments to their chamber of commerce.
Commuter Center Agreement for Services.

The Agreement for Services related to Commuter Center Services is an annual contract
in the amount of $19,800 that is provided to the Chamber using Proposition C “local return
funds” from Metro for transit related activities.

To read the Item in full, click on link below:
https://weho.granicus.com/MetaViewer

Morrill stated via email that The Chamber does not believe staff’s assessment paints a fully accurate picture of the Chamber’s value towards the program’s success.

“Having acted as a Commuter Center since 1997, the traffic for Metro fluctuates from month to month and year to year,” She stated. “The recent assessment from City staff of why our contract is being retired is that the Chamber’s Commuter service wasn’t getting much traffic. While 2022 may have been a slow year, society is still slow to get back to public transit due to COVID and all its variants. It’s understandable that the number of customers using the service may be lower than usual, as well as there are certainly many who may no longer live or work in the area. A number of our customers are also international tourists and as we know, travel has been down because of COVID as well. No matter what the reason, we are disappointed that the City has decided to cut a service that is valued by the community and its visitors.”

Metro Tap Cards are available for purchase and loading at the West Hollywood Library, located at 625 N San Vicente Blvd., at Pavilions supermarket, 8969 Santa Monica Blvd., as well as at Ralphs and 7/11 stores in West Hollywood.

Metro Tap cards can be purchased for $2.00 at Pavilions & Metro station kiosks. Weekly & monthly passes are 50% off.

It would be great if Pavilions’ TAP machine was working, but it’s not. And it’s not the only one from other TAP service providers list that isn’t. And before anyone tries to mansplane that people can get TAP cards & passes from Metro station kiosks and/or online, please remember that not everyone has access/means to smart phones & the internet and that for some – they only use the bus and not light rail, so going to a Metro station kiosk may not be all that convenient for them. Removing the Chamber as a service provider doesn’t help anyone or… Read more »

CVS & 7-11 sell them too…..and seniors can get ride at a low discount or use the City Line vans for free

If Sepi Shyne and John Erickson are going to invoke “ethics” as grounds to defund the Chamber because they run a PAC endorsing WeHo candidates, then they should hold their friends at Unite Here 11 to the same ethical standards. It is a conflict of interest when a W Hollywood City official stands behind a podium bearing the city logo and speaks in support or endorses an organization that is so financially invested in electing the next West Hollywood council members. On the other hand, a $19k contract to sell TAP cards seems pretty outrageous. And on the other, other hand, where do I find that pride TAP card?… Read more »

YES – it’s gross how they don’t even try to hide their double standards & clearly unethical behavior, as if no one will notice or call them out.

FYI… the $19K annually is hardly outrageous (min of 15 hours/week = 780 hours) works out to be LESS THAN the minimum wage City Council has put in place for WeHo, which means that overall the Chamber takes a loss being a commuter center.