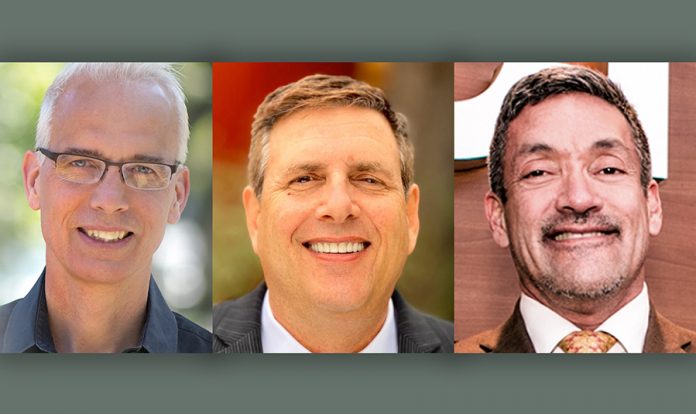 The WeHo PAC, sponsored by the West Hollywood Chamber of Commerce (WHCC), announced its endorsements for West Hollywood City Council and candidates for other local, state and federal offices.

A WeHo Chamber press release states that after much deliberation and consideration, the WEHO PAC has endorsed three candidates running for two open city council seats. Incumbents John Duran and John Heilman, and small business owner Larry Block each won the endorsement of the WeHo PAC.

“We were extremely impressed with the commitment to West Hollywood and the candidate’s convictions about what they believe is best for the future of West Hollywood.”, stated Ted Green, President of Green Public Affairs & Campaigns, a West Hollywood-based firm. “It was a tough decision with so many talented individuals and we hope that those candidates not elected remain actively engaged in West Hollywood’s civic affairs.”

Candidates for West Hollywood City Council answered a questionnaire and were interviewed by the WEHO PAC Trustees. The Trustees considered which candidates are best prepared to help the residents and businesses of West Hollywood survive the COVID-19 health and economic crisis. The WEHO PAC endorsements reflect who best can ensure West Hollywood remains a premiere city to live, work and play.

Vote for two of these three outstanding candidates:

Separately, the West Hollywood Chamber of Commerce Board of Directors has recommended the following positions on state and local ballot measures facing West Hollywood voters:

We cannot afford the largest property tax increase in the history of California!

We need REAL solutions to our housing crisis!

Save app-based jobs and services!

Voters have until 8 p.m. on Tuesday, November 3rd to return their completed ballots. More information on Voting Centers and Ballot Drop-off Boxes in West Hollywood and nearby is available on the City of West Hollywood’s website: https://www.weho.org/city-government/city-clerk/election-information.

WeHo Pride Celebration to Proceed with Caution the Weekend of June...