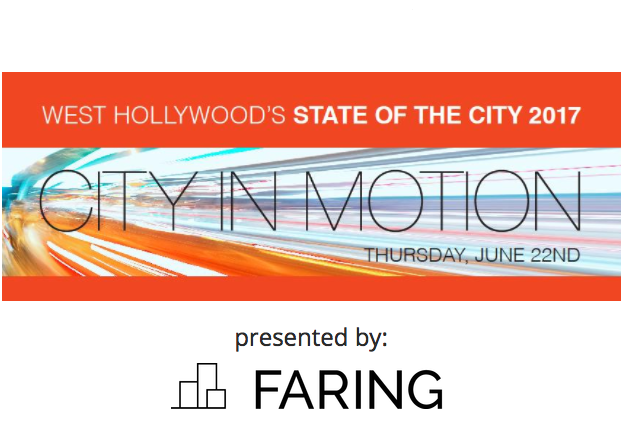 The West Hollywood Chamber of Commerce is partnering with the City of West Hollywood to host State of the City: City in Motion, on Thursday, June 22 from 11:30am to 1:30pm at The Lot, 1040 North Poinsettia Place.

State of The City allows leaders like West Hollywood Mayor John Heilman, City Manager Paul Arevalo, West Hollywood Chamber of Commerce Chair Keith Kaplan, and President and CEO Genevieve Morrill to share their thoughts on economic and social climate in West Hollywood. The public is invited to learn about new initiatives and vision of growth as well as engage with civic, business, and political leaders of the City.

This year’s State of The City: City in Motion is presented by Faring. It will focus on mobility. A panel discussion moderated by award-winning Anchor and Reporter Robert Kovacik of NBC4 Southern California will explore how businesses in West Hollywood are getting on board and benefitting from all the city’s mobility options whether by foot, bike, transit or electric vehicles.

“Our great City is in motion and going in the right direction”, stated WHCC President and CEO, Genevieve Morrill. “This year, we’re going beyond the basics by exploring all West Hollywood’s mobility options and strategizing how businesses, small or large, can fully benefit from them.” 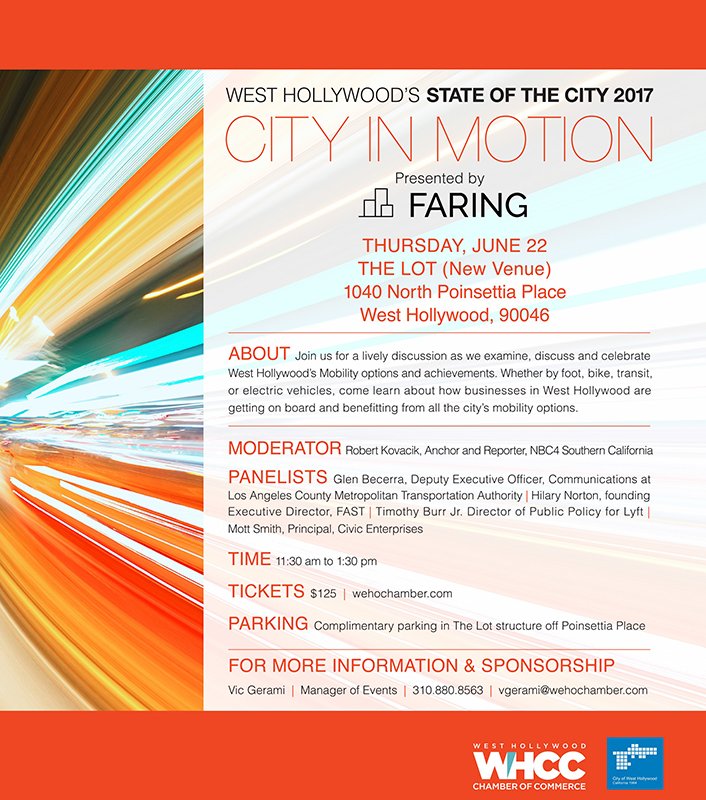