The West Hollywood Chamber of Commerce kicked off the new decade with their first Mix and Mingle networking event at The Naughty Pig sports bar, on Wednesday, January 29, 2020.

The upstairs disco dance area of the popular sports bar, located at 8264 Sunset Boulevard, was jam-packed with members from the West Hollywood business community and its affiliates, who exchanged business cards, talked shop, and mixed and mingled after a hard day’s work. 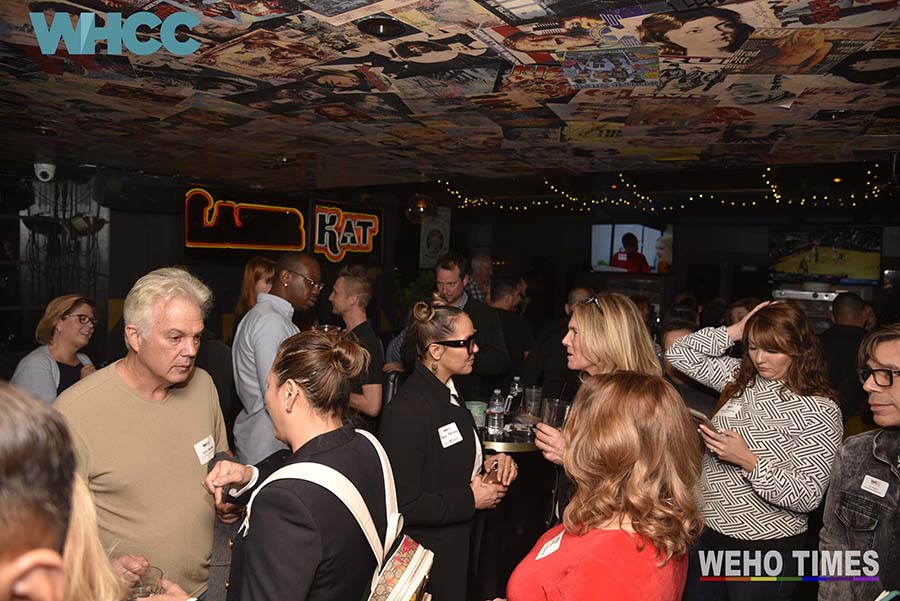 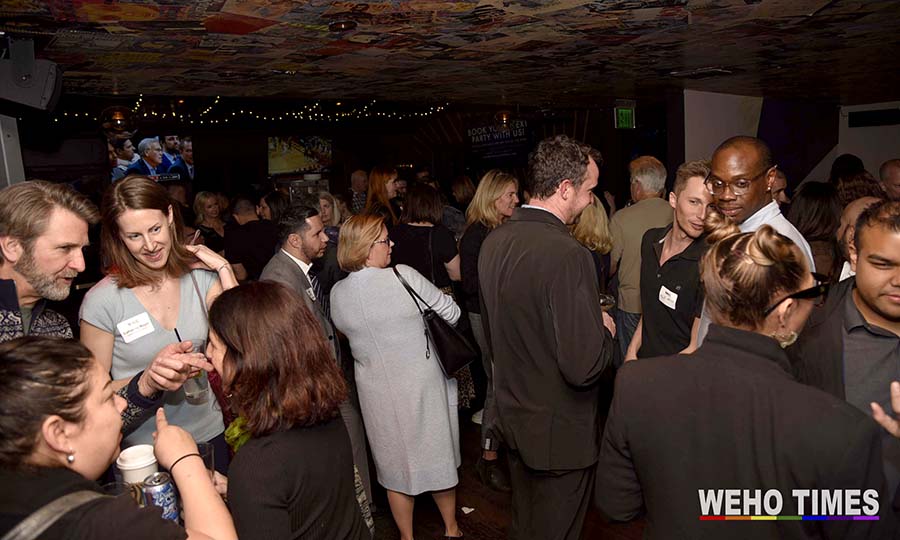 Given the venue and the purple and yellow LA Lakers colors throughout the city, the Chamber deemed it fitting to begin the mixer with a moment of silence for the nine victims of a tragic helicopter crash on Sunday, January 26, which took the lives of basketball superstar Kobe Bryant, his daughter Gianna, along with seven other victims, John Altobelli, his wife Keri Altobelli, their daughter Alyssa Altobelli, Christina Mauser, Sarah Chester, her daughter Payton Chester, and pilot Ara Zobayan.

The Chamber introduced new members, and acknowledged potential members at the mixer. Lisa Young, from Rare Properties, was awarded Ambassador of the Year by Board of Director David Wood, who is also the WHCC Membership Chair. The Den owner and Sunset BID Chair Brett Latteri, was among those spotted in the crowd at the business networking evening. 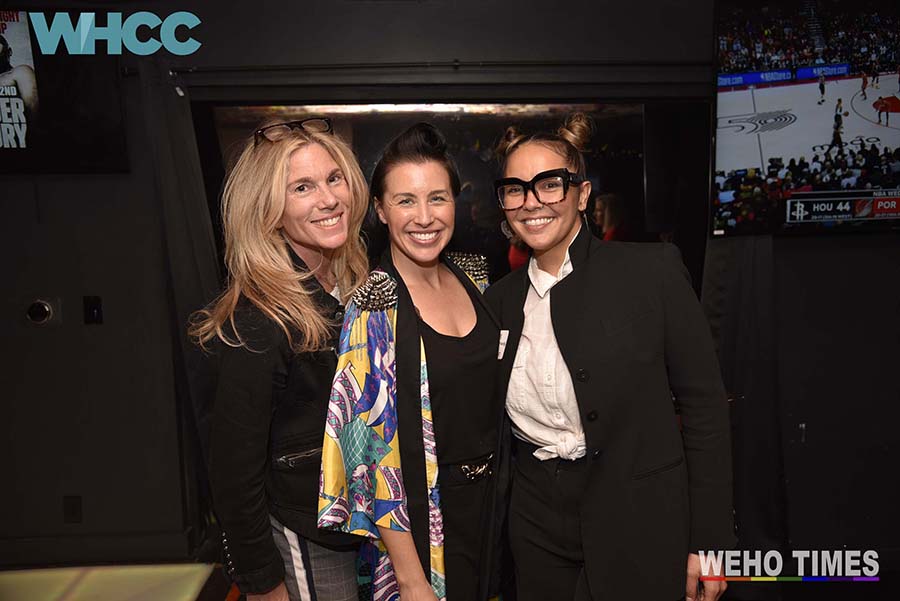 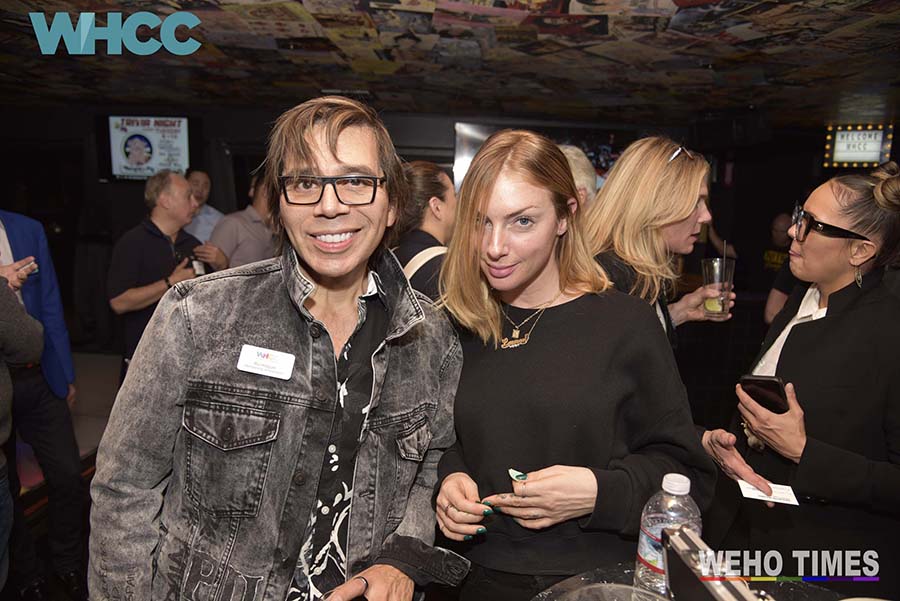 The Naughty Pig sports bar opened in the fall of 2018. It took the place of West Hollywood’s Lazer Kat, a disco themed pizza spot that opened for less than a year, before it flipped its name, menu and exterior to become The Naughty Pig. The disco dance floor remains, but The Naughty Pig has a more sporty vibe. It serves nachos, burgers, hot dogs, pizza and other comfort foods. Check out there menu at: https://thenaughtypig.com/. With the exception of some holiday months, WHCC networking mixers are held on the last Wednesday of each month from 6:00 PM to 8:00 PM at various Member locations. (Cost for Members is free . Non-Members pay $20)

To learn more about becoming a member, visit https://www.wehochamber.com/.