WeHo Celebrates Roe v. Wade at 46 with a Night of Resistance and Stories of Resilience 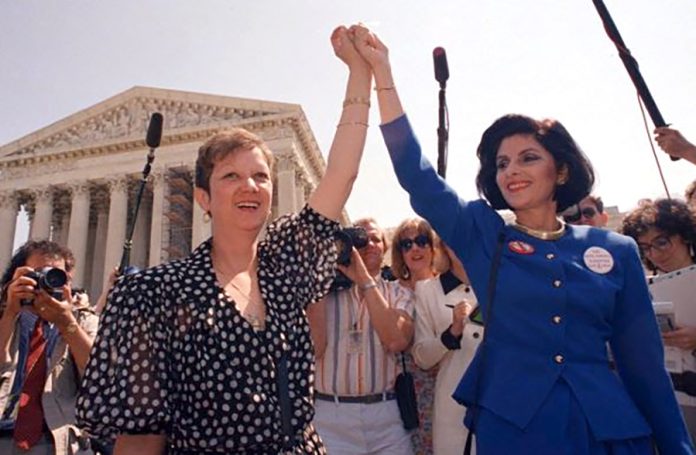 The City of West Hollywood and its Women’s Advisory Board will join with the National Council of Jewish Women, Los Angeles (NCJW|LA) for Roe v. Wade at 46: A Night of Resistance + Stories of Resilience, to commemorate the 46th anniversary of Roe v. Wade, the landmark U.S. Supreme Court decision that legalized abortion in the United States, and to reaffirm support for women, the right to choose, and accessibility to healthcare.

#RoeAt46 will take place on Wednesday, January 23, 2019 from 6:30 p.m. to 9 p.m. at the NCJW|LA Council House, located at 543 N. Fairfax Avenue in Los Angeles. The focus of the event will be to engage, educate, and activate advocates to support and protect reproductive rights at the local and national levels, despite a hostile political climate.

Through moving stories shared by talented actors, updates from reproductive justice experts, and a myriad of interactive activities, #RoeAt46 is an opportunity to take action and build resilience. The evening will also feature a virtual reality production that powerfully illustrates the experiences of women seeking abortions and the legal, financial, and personal barriers they face, together with the consequences of these obstacles. Special guests will include actor and activist L. Scott Caldwell (Lost, How to Get Away with Murder, Chilling Adventures of Sabrina) who will serve as master of ceremonies, and local artist and activist Lili Bernard who will lead an interactive art project. Attendees will enjoy an evening of creativity, movement-building, and activism to honor and uphold Roe v. Wade and reproductive justice.

For more information, please contact Larissa Fooks, the City of West Hollywood’s Community Events Coordinator at (323) 848-6413 or at lfooks@weho.org.