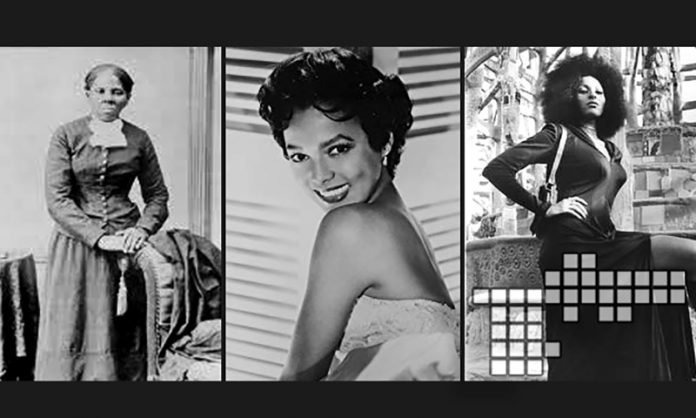 On Saturday, February 8, 2020, learn about the underground railroad and quilt codes in an event about Quilt Cards, which are believed to be secret codes and symbols that were sewn into quilts and used as visual maps to assist fugitive slaves in their escape to freedom. The event will take place from 2 p.m. to 3 p.m. at the West Hollywood Library. Attendance is free and open to the public.

On Saturday, February 22, 2020, at 3:30 p.m., experience an afternoon performance of an original play written and directed by Sharon L. Graine: Dorothy and Otto: The Dorothy Dandridge Affair. Nominated for five awards by the Beverly Hills/Hollywood NAACP Theatre Awards Committee, Dorothy and Otto tells the story of the 1950s love affair between the most powerful director of his time, Otto Preminger, and the up-and-coming African American actress, Dorothy Dandridge. The performance will take place at the West Hollywood Library Community Meeting Room. Please RSVP in advance to the West Hollywood Library https://tiny.cc/dorothyandotto. Please RSVP at tiny.cc/dorothyandotto or by contacting the Information Desk at the library.

On Tuesday, February 25, 2020, at 7:30 p.m., come celebrate the new work, At the Wake of the Drag Queen. Courtney Berringers would like to welcome you to her wake, but — make no mistake — this isn’t your grandma’s funeral. At the Wake of a Dead Drag Queen by Terry Guest is a one-act play about blackness, queerness, and the fine art of drag. From African goddesses to Trina, the play thoughtfully uses storytelling, drama, and drag to explore identity, illness, and the narratives we construct for ourselves. Celebration Theatre presents new LGBTQ plays with the support of the City of West Hollywood. Admission is free; donations are gratefully accepted. The event will take place at the City of West Hollywood’s Council Chambers/Public Meeting Room.

On Wednesday, February 26, 2020, from 2 p.m. to 4 p.m., enjoy Strong Women: A 2020 Film Retrospective featuring Foxy Brown. This ongoing film series features strong women in a variety of challenges and predicaments. This month’s feature has Pam Grier in her groundbreaking role as Foxy Brown, a woman whose undercover agent boyfriend is murdered by the Mafia, prompting her to pose as a prostitute and reclaim power in order to exact revenge and make the streets safer. This film retrospective will take place at the West Hollywood Library. Light refreshments will be provided. Attendance is free and open to the public. This event is sponsored by the Friends of West Hollywood Library.

For more information about the City of West Hollywood’s Arts programming, please visit www.weho.org/arts. For people who are Deaf or hard of hearing, please call TTY (323) 848-6496.