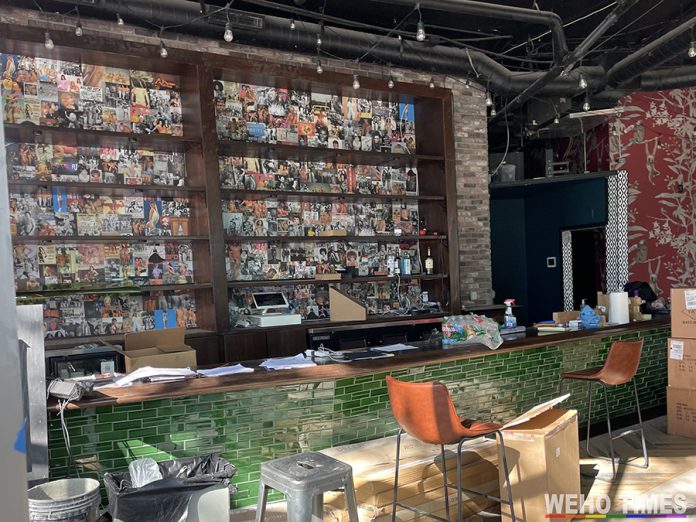 Community members who passed by the old Gym Bar space at 8737 Santa Monica Boulevard today were treated to a sneak peek of the new gay bar that’s coming soon to the corner of Santa Monica Boulevard and Hancock Avenue. The brown paper coverings were removed from the windows to reveal a finished bar with magazine clippings decorating the main back wall. The name of the new bar is still pending. 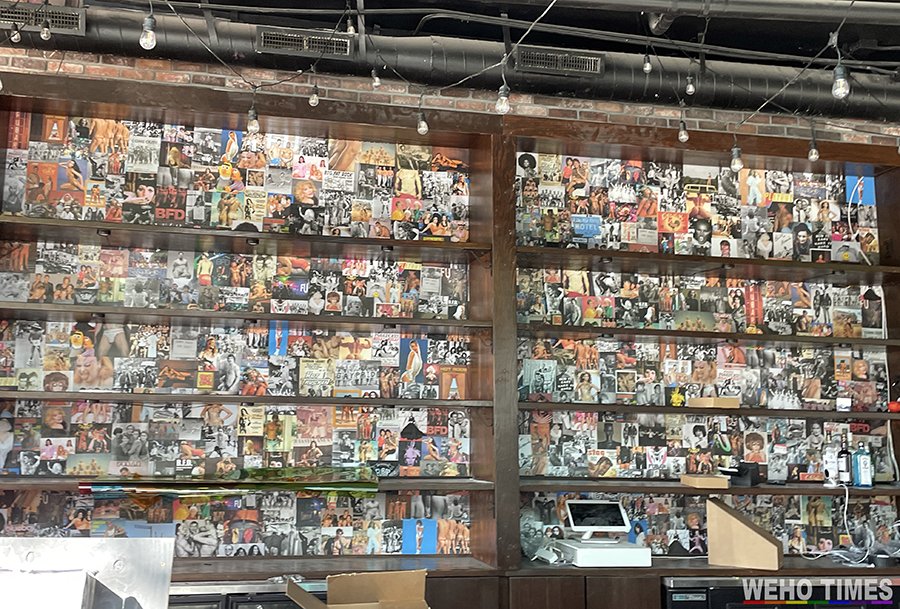 Owner Jay Krymis, the man who also owns Fubar confirmed to WEHO TIMES this past December that the new bar is going to be “gay, gay, gay!”

“This new space is going to be a cool, fun, neighborhood bar,” he said. “It’s going to be a chill gay, gay, gay bar. I want to it be a casual and super fun bar. It won’t be sports or down and dirty, which I love at Fubar, but great cocktail at an affordable price kind of place. Nothing high falutin. I want to make it feel like it’s been there for a long time and make it cozy.” 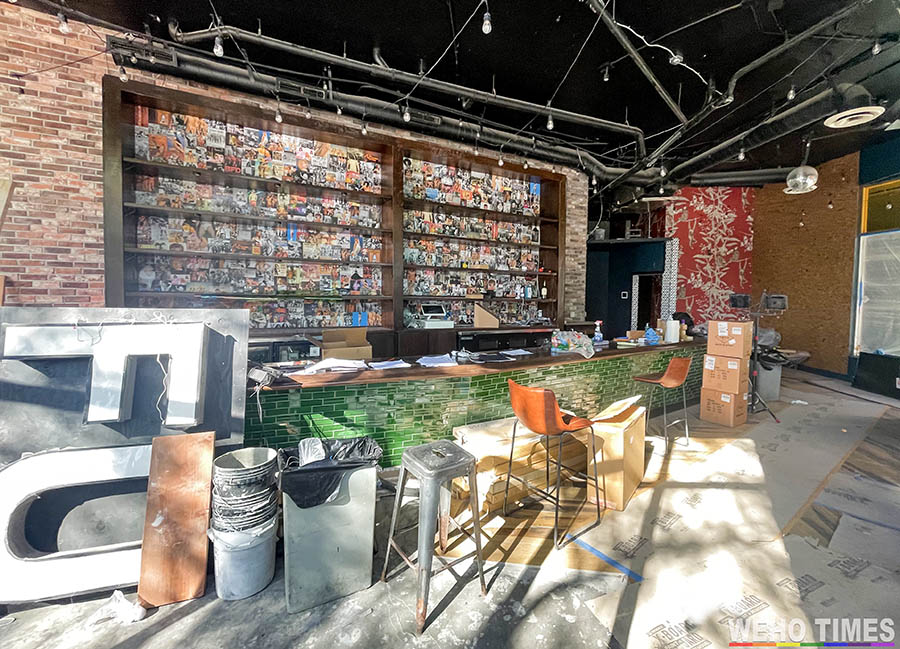 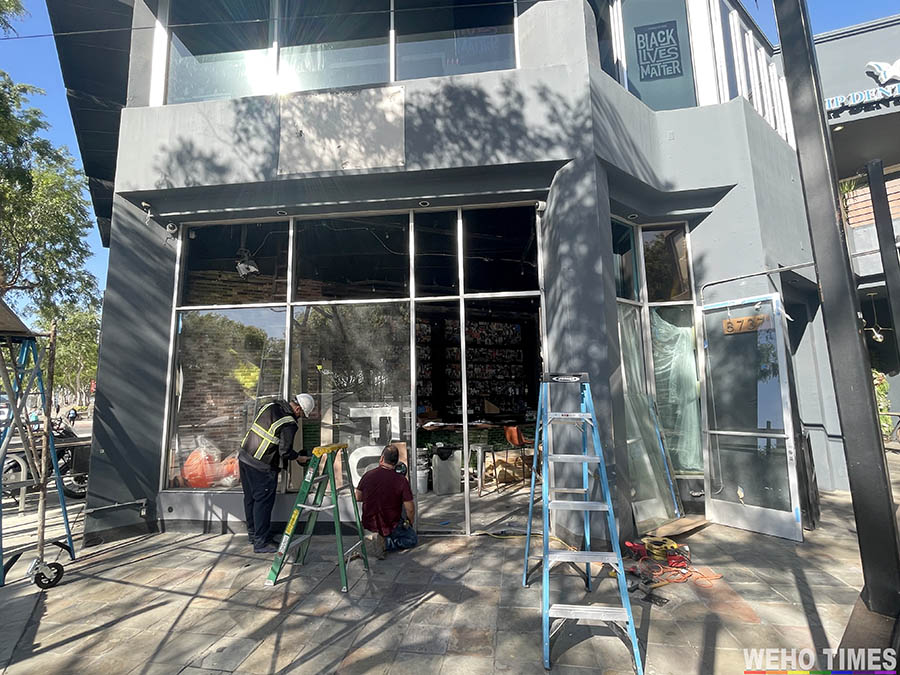 Cozy will be the main ingredient according to an update on the California Department of Alcohol Beverage Control’s (ABC) liquor license for that space which has a long laundry list of operating restrictions:

ABC lists the owners of The Normandie Room, which was a lesbian bar at that location prior to when Gym Bar moved in, as the liquor license owners to the space, but Krymis says he bought the liquor license from them, which is currently in transition.

Meanwhile Fubar remains gutted. The space has been closed throughout the pandemic, leaving many to wonder if the bar will ever open again (we noticed Fubar’s FU sing has made it to this new space). 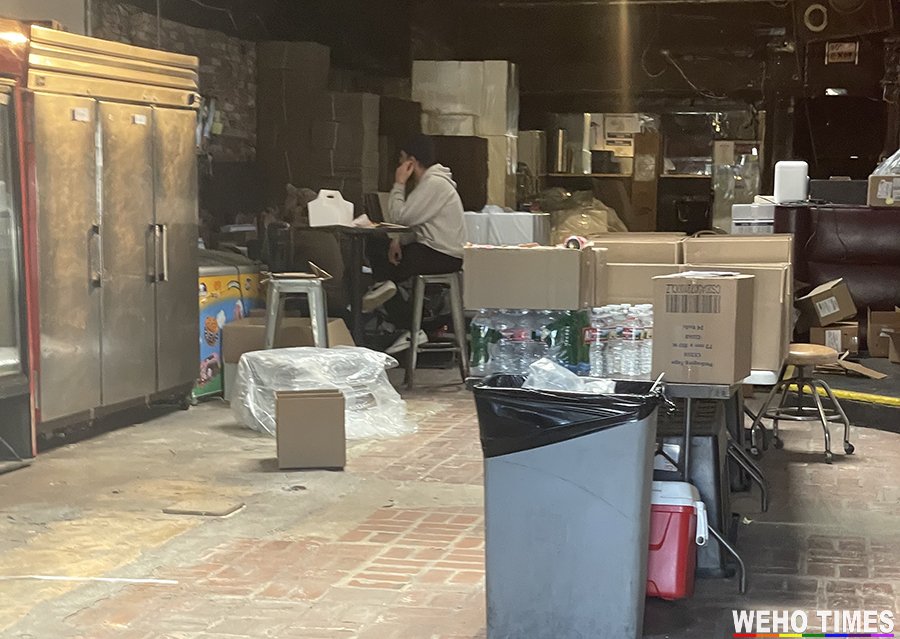 Regarding the future of the Fubar space, Krymis said last year that he signed a new lease for another 10 years, and he has plans for Fubar that was not able to discuss. He said he planned to complete the new gay bar and then circle back to Fubar. “Fubar is coming back in the same old Fubar spot, but it needs to be cleaned up a bit,” he said.

Krymis also informed us that he was hoping the new, still yet to be named bar, will open some time this month. Judging from the photos we took today, it looks like the new bar is on its way to opening real soon. 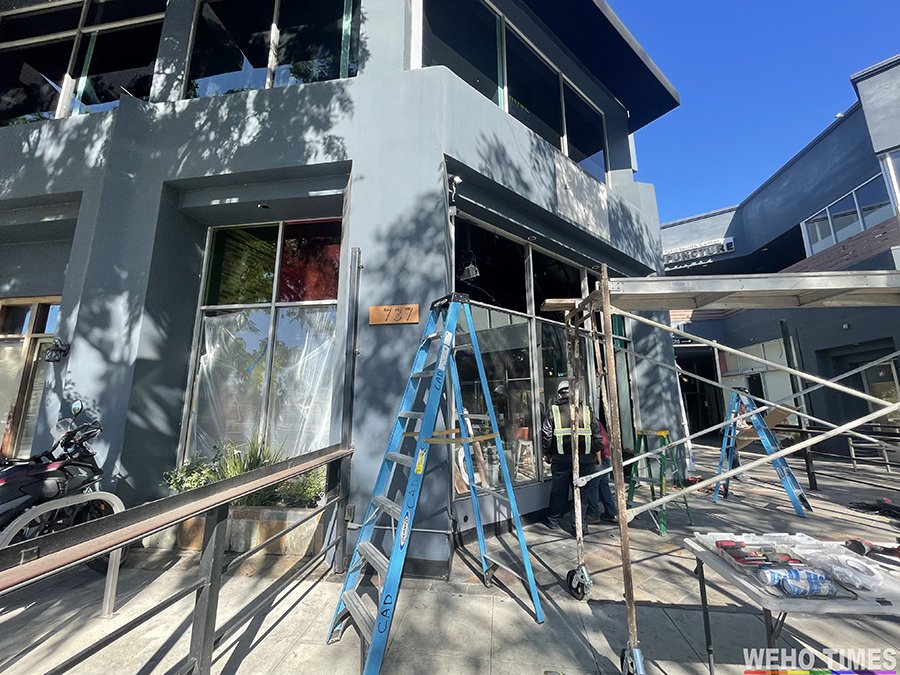 The Barseen App which is out of business and shut down in 2019 by order of the Court. The owners Krissy Schuh and Sally Kushner both been indicated on Investment Fraud charges.

FUBAR, Lots of fond memories when it was the Nail.

Why so many restrictions???

Shame on the landlord for kicking out gym bar in the middle of a pandemic. Greedy? No just stupid.

Did a google search and couldn’t find anything. Gio seems to be a good guy though. You seem to know the ins and outs of the scene, curious what is your experience of some of the better-known sleazebags of nightlife? Like the Micky’s Wednesday/Friday promoter?

GymBar and Grill in West Hollywood was raided by Vice. The Bar’s been caught pouring cheap liquor in higher brand bottles. And Giovanni Vitulli been fired. He’s been adding dollars to charged tips.