Walls are Coming Down at Former Sunset Tower Records Building 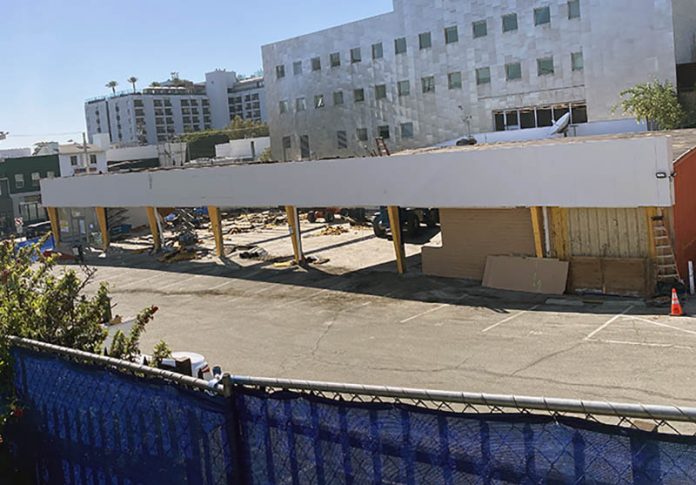 The construction at the former Sunset Tower Records building is stripping the landmark to its bare bones. At a community meeting on January 27th, Aaron Green of Afriat Consulting Group, gave a presentation where he stated that the building would not have major alterations to the structure. He stated that the roof would be raised and the window facing Sunset Boulevard would be moved from the left side of the building, closer to the main entrance. 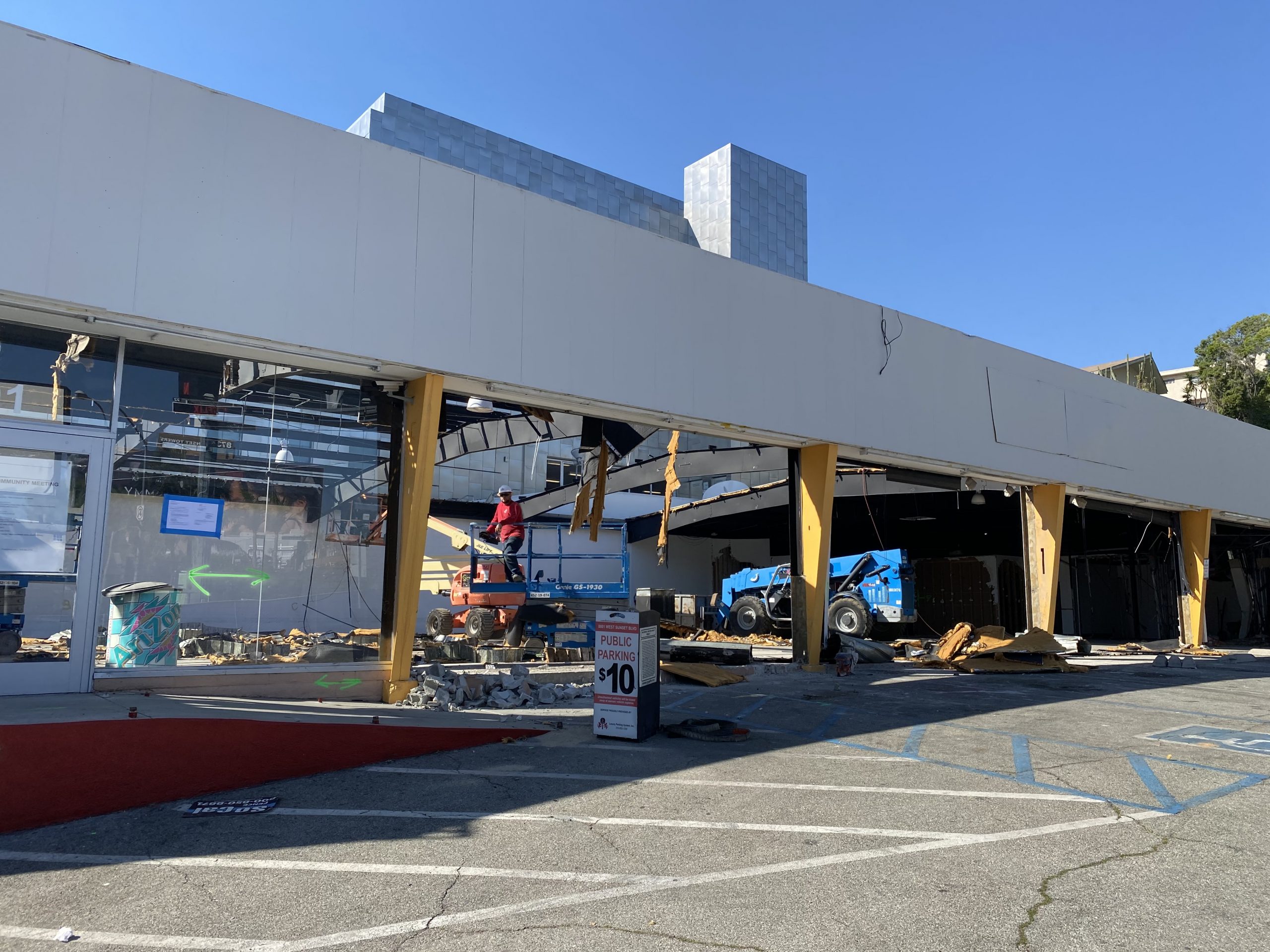 Some neighbors were surprised on Wednesday when they realized renovations also include the gutting of the exterior, something that was not discussed at the meeting. The walls are being ripped out, a dreaded sight for community members who fought to save the building and give it historical significance.

“It looks like they are doing more than just raising the roof and moving a window,” said one concerned neighbor who submitted photos to WEHO TIMES. “They are keeping the frame. If they tear it all down, then they would have to go through the Planning Commission and then go through the a City Council meeting. If they keep the frame, then they the slide over the counter. Shady.” 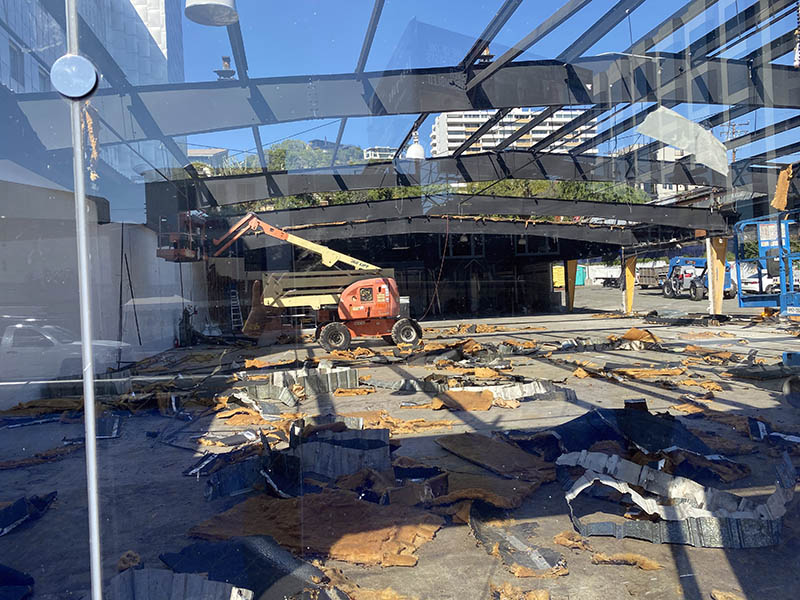 The former Sunset Tower Records building will become a new Supreme store. According to renderings, it will be all white. Aside from its walls being replaced, and the ceiling being raised, the parking lot will also be updated to comply with the American Disabilities Act.

The City of West Hollywood’s permit portal eTraKiT, lists Permit #B21-0757 was submitted on September 10, 2021. It requested a remodel for the new retail tenant, which include changes to the facade and raising 2,645 SF of roof by 3′-9″. Other improvements will include the installation of a sculptural artwork.

Those sneaky little devils!
For the perspective of someone who worked there from 1980-1991, and ran the place for a few years, please read my blog post. Thanks.