‘Wake and Bake’ on Tuesday: West Hollywood Dispensaries Will Be Selling Pot by January 2nd 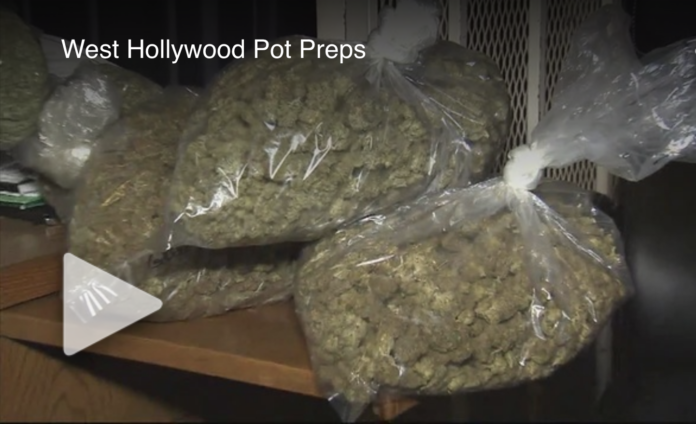 WEST HOLLYWOOD, CA  – As the city of Los Angeles gets ready for legalizing marijuana. One West Hollywood business is getting ready for long lines as early as January 2nd!

As she thinks about the upcoming legalization of marijuana for those over 21 Dina Browner says, “I am both excited and terrified.”

Her friend “Snoop Dog” has dubbed her Dr. Dina. She was the inspiration of the Mary Louis Parker character on the TV show WEEDS. And, a consultant on the Netflix show DISJOINTED with Kathy Bates.

The exclusivity of being first has him seeing the possibility of big bucks and lots of business because, as he says, we will be one of only four locations in Los Angeles county that is legally allowed to sell adult use cannabis to anyone 21 as of January 2nd.

The city says they didn’t want to have it start on the first even though that’s the day the law goes into effect.

He’s planning a big promotion for 6 am Tuesday morning for those showing up early. He calls it “Wake and Bake” although no edibles can be ingested or cannabis smoked on site under the law.

Beck says, “We are legally allowed to open from 6 am to 10 pm in the City of West Hollywood.

0 0 votes
Article Rating
Share
Facebook
Twitter
Email
Copy URL
Previous article
NOH8 Campaign Photoshoot is Coming to West Hollywood
Next article
Looking for Legal Weed Around L.A.? WeHo is Your Only Option – and You’ll Have to Wait Until Jan. 2