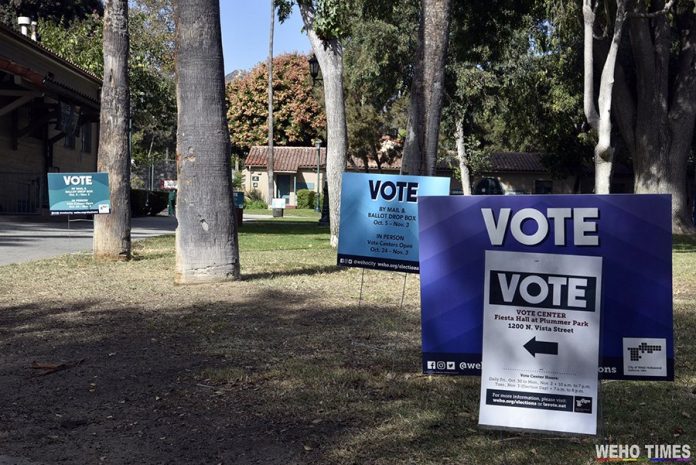 As part of the City of West Hollywood’s continuous efforts to increase voter participation, the City reminds community members that each vote counts and your voice matters in the California Gubernatorial Recall Election.

Some Vote Centers began operating on Saturday, September 4, 2021. For details about all Vote Center locations, visit https://locator.lavote.net/locations/vc. All Vote Centers follow LA County Public Health guidelines and voters are required to wear masks and to maintain social distance from others.

If more than 50 percent vote YES, the governor would be removed from office and the person with the most votes would replace him.

Make a plan to vote. Vote by mail (no postage needed); drop off a ballot at a Ballot Drop Box or at a Vote Center; or vote in-person at a Vote Center. Vote-by-Mail Ballots have been mailed to registered California voters and voters may vote on or before Election Day, Tuesday, September 14, 2021.

In California, you are eligible to register and vote if you are:

The City of West Hollywood encourages every eligible voter to make a plan to vote with the following tips:

House of Horrors is Coming to the Amazon Pop-Up Store in...