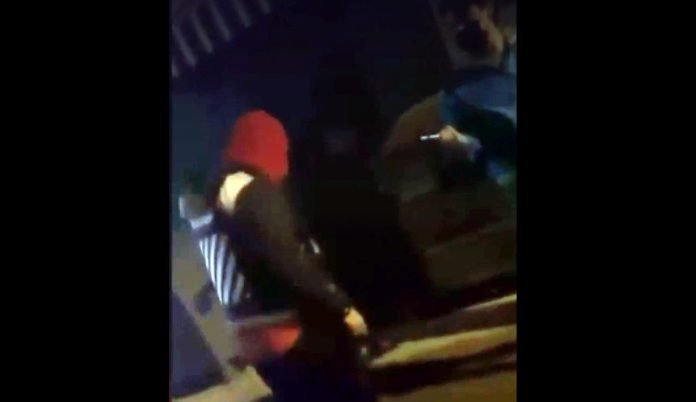 A short video clip is making the rounds on social media and the Nextdoor app, which captures a robbery that took place last Saturday, April 11, 2021, at the alleyway by Santa Monica Boulevard and Larrabee Street, behind Trunks Bar and the shuttered Flaming Saddles building, only a short distance away from the West Hollywood Sheriff’s Station.

The video shows a man in a red ski mask robbing a group of people at gun point. In the video caught by one of the victims, a woman is heard saying, “Yeah I don’t have anything other than what I gave you. I gave you everything, I swear. ” 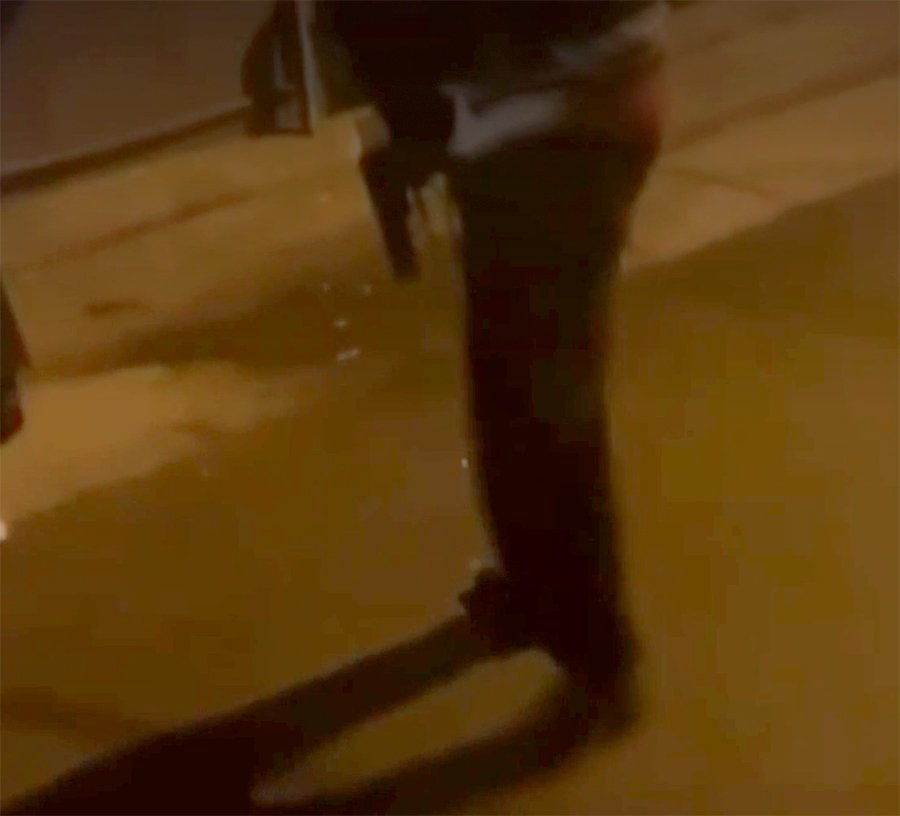 A man wearing a black and white motorcycle jacket, black pants and red underwear is holding what appears to be a dark semi-automatic pistol similar to a Glock or Beretta 9 millimeter.

“Do you want my pen,” a male voice is heard in the background. “It’s all I have.”

“Have a nice day.” another woman is heard saying in hopes of deterring the man from causing them harm.

The suspect is seen holding a purse, which is being described as a designer YSL bag. He allegedly stole other personal items. 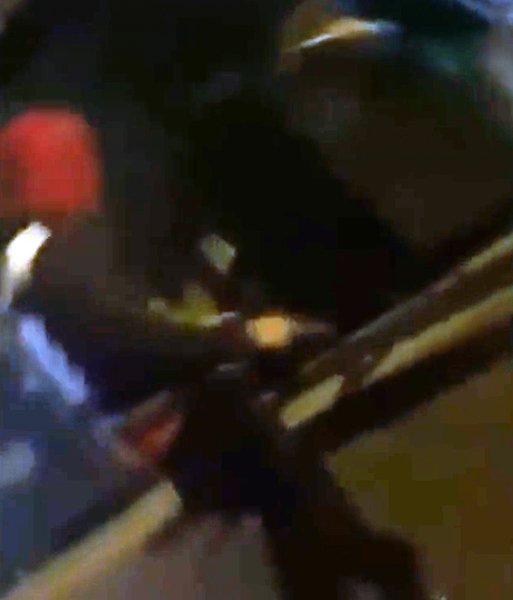 As soon as the man turns his back to walk away, the victims in the make a run for it. CBSLA reports that the victims ran inside Block Party, which stays open late throughout the week.

The incident is getting media attention because because the incident is part of a string of robberies in the West Hollywood and Beverly Hills area.

According to CBSLA, Sheriff’s deputies say there may have been a getaway car waiting for the suspect. An LASD helicopter was dispatched at the time to search for the suspect, but couldn’t find him.

According to the report there were at least three security cameras in the alley that would’ve caught the whole thing on camera, but deputies say since the business is closed down during the pandemic, the cameras weren’t on.

This incident comes on the heels of other high-profile incidents on L.A.’s Westside, including last month when a woman was hurt during an armed robbery at a Beverly Hills restaurant and when robbers were targeting people wearing high-end watches in the Fairfax District.

Anyone with information about the suspect or crime is asked to call the L.A. County Sheriff’s Department at 213-229-1700.

This is very worrisome for residents who are pedestrians and walkers and locals and visitors going shopping walking their dogs, coming from dinner or going to dinner or going out for a nightly walk or jog. I have done everything I mentioned but walking a pet since I choose not to have one. But even if you are walking your dogs, there are violent robbers and thieves with knives and guns targeting you too to rob you of your dogs! It is frightening to know that in West Hollywood, criminals are stalking you or have advantage points or are hiding… Read more »