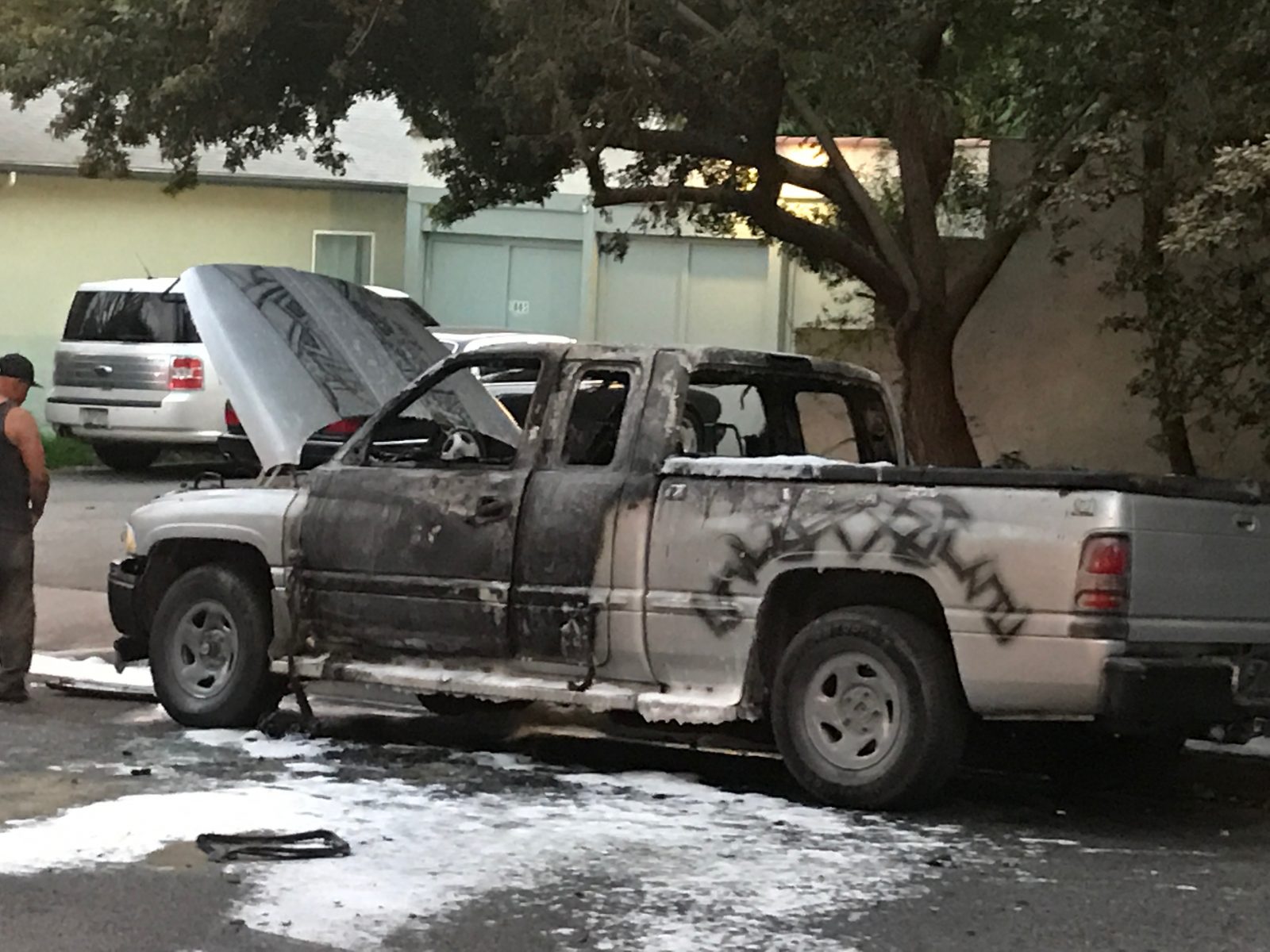 This evening, March 14 at approximately  7:30 p.m.,  multiple Sheriff’s cars responded to reports of an explosion and car fire on the 800 block of West Knoll Drive, south of Ruby in West Hollywood.  The flames in the beat-up gray pickup truck were quickly extinguished by Sheriff’s Deputies, and there appeared to be no injuries. Residents of the quiet residential street south of the recently opened “Shake Shack” commented that the pickup truck had been parked on the block, intermittently for a few days with the driver often asleep in the front seat.

Just before the explosion, two men were heard arguing, by occupants of the apartment building directly across the street. Another neighbor claimed to see a male figure spray painting graffiti and Nazi swastika symbols on the sides of the truck moments before the blast.  A bystander said the driver was running down the street moments after flames erupted from the vehicle.Save