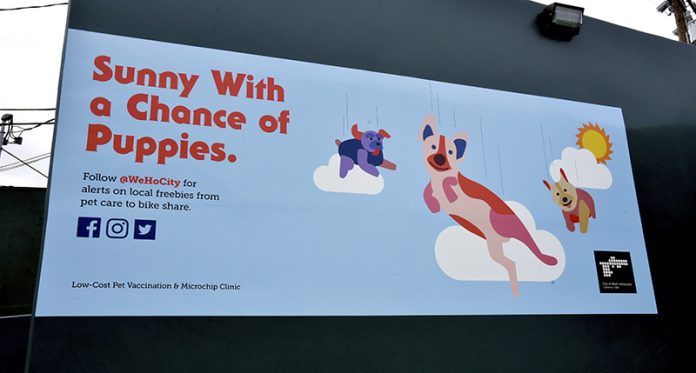 World Dog Day is coming to WeHo. Vanderpump Dogs Foundation is joining the City of West Hollywood and Petplan Pet Insurance to bring an event that attracts thousands of people and their furry friends to celebrate dogs for a day of fun and entertainment.

The event will be held on Saturday, May 18, 2019 from 11 a.m. to 4 p.m. at West Hollywood Park, located at 647 N. San Vicente Boulevard. Admission is free and open to the public; canine companions must attend on a leash.

Started in 2016, World Dog Day is a family-friendly event that includes live performances, contests, and more than 35 exhibitors featuring pet-friendly products and services, including a dog agility park, an animal education area, a morning “Doga” class, and a vast array of food trucks for all to enjoy. World Dog Day will also feature the first annual “Best of Vanderpump Rescue Contest,” hosted and judged by the cast of Bravo’s Vanderpump Rules. It will be a memorable day of celebrating dogs, while raising awareness about global dog abuse, including the Yulin Dog Meat Festival. For more information about World Dog Day, please visit www.vanderpumpdogs.org/world-dog-day.

For more information about upcoming dog events in the City of West Hollywood, please call (323) 848-6460.