The Vanderpump Dog Foundation will be holding the fifth annual World Dog Day 2021 event at West Hollywood Park (647. N. San Vicente Blvd), on Saturday, August 7th, from 11am to 4pm. The City of West Hollywood is co-sponsoring the event.

World Dog Day is a day that focuses on the celebration of dogs. The day aims to draw attention to human kind’s best friend while raising awareness about global dog abuse, specifically the Yulin Dog Meat Festival.

The Dog Meat Festival in Yulin, Guangxi Zhuang Autonomous Region, China, begins on June 21 each year. More than 10,000 dogs are reported to be captured, transported in cages, and killed for human consumption every year for this annual event.

In addition, more than 10 million dogs are killed annually in China for the dog meat trade. This festival epitomizes the cruelty of the dog trade industry. Many of the dogs are stolen from their owners. Many die during transport to the slaughterhouse after days or weeks without food or water, and others suffer illness and injury during transport, such as broken bones. In 2016, the City of West Hollywood passed a resolution condemning the Dog Meat Festival in Yulin, China. 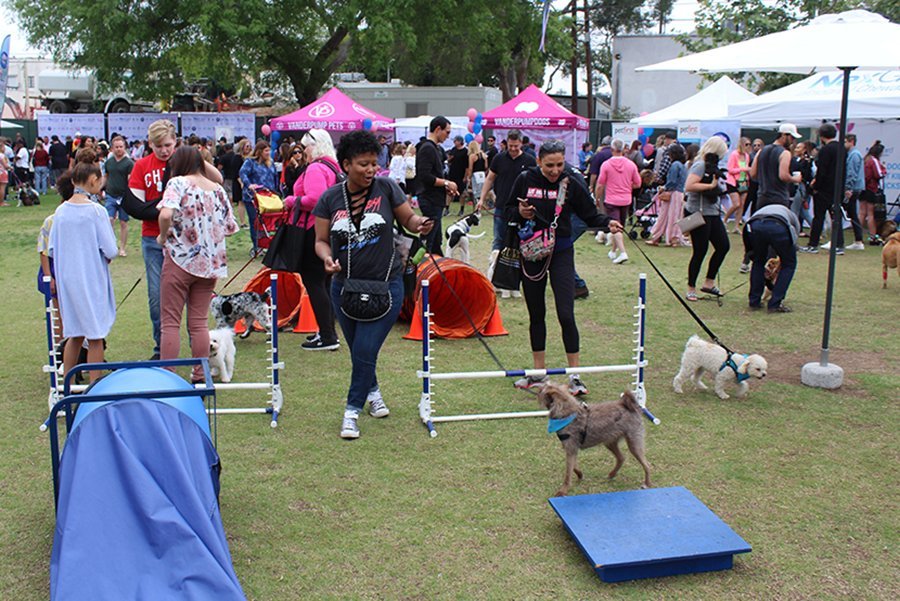 The Vanderpump Dog Foundation was formed to aid in ending this international atrocity, and to also better the lives of dogs domestically. The Foundation is built on a platform of education, legislation, and activism. Through the organization’s legislative campaigns, domestic and international awareness, and rescue and rehabilitation efforts, it hopes to end the barbaric torture once and for all.

The first World Dog Day was hosted by The Vanderpump Dog Foundation in 2016 in West Hollywood and following a year in Los Angeles, returned to West Hollywood Park for their 2018 and 2019 events. The 2020 event was cancelled due to public health orders related to gatherings as a result of the coronavirus pandemic. Event organizers reported that past events have had 4,000 attendees, and about 2,500 dogs came with their owners to celebrate the big day. Additionally, the adoption portion of the event proved to be a huge success. Countless dogs found homes and many connections were made to provide for future adoption opportunities.

World Dog Day 2021 will welcome back vendors and activities for all canine members of the community and their guardians to enjoy. West Hollywood Park and the dog parks will continue to be open to the public during these events. The event organizers will provide adequate waste bags and waste stations as needed to accommodate the demand.

The City of West Hollywood has a history of supporting measures that promote the protection of animal rights and the City is often recognized as one of the most animal- friendly municipalities in the nation.

The event organizers will be required to adhere to any public health orders in place at the time of the event related to the COVID-19 pandemic.

Search Continues for Cat Stolen From Porch in West Hollywood