UPDATE! Justin Bieber and Drake Performances in WeHo are INVITE ONLY 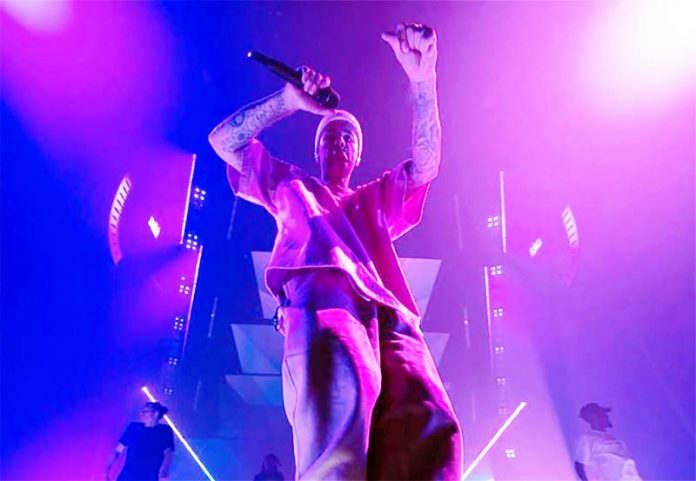 Upcoming Justin Bieber and Drake performances in West Hollywood this weekend as part of Revolve and The h.wood Group’s “Homecoming Weekend” Super Bowl party, are for invited guests only. Following several requests for ticket information from our readers, we are here to report that the two-day event taking place at Pacific Design Center Friday and Saturday are a private affair.

Justin Bieber is set to headline on Friday, February 11th with a special deejay set by Marshmello followed by special guest, Drake, on Saturday, February 12th.

Forbes reports that guests will experience the ultimate weekend with special curated activations supported by The Network Advisory, “as they indulge on plant-based chicken bites by Daring Foods, sips by top-shelf spirits from Beam Suntory such as Suntory Haku Vodka, El Tesoro Tequila, Maker’s Mark, and Jim Beam, alongside Pernod Ricard’s Perrier-Jouët & Avion 44 Reserva, and Bud Light Seltzer, in addition to staying hydrated by Liquid I.V. and custom beverages by Ghost Energy, while partying the night away with sounds by DJ Tay James, We The Band, DJ Fred Matters & Devin Lucien.”

The event will also feature DJ Tay James, WE THE BAND, DJ Fred Matters, and Devin Lucien, who will all play in a converted event space outside the Pacific Design Center in West Hollywood.

The “Homecoming Weekend” in West Hollywood marks the first live appearance of 2022 for Justin Bieber and comes ahead of his rescheduled Justice World Tour, which kicks off February 18 in San Diego.

“We are excited the big game is coming back to our hometown of Los Angeles,” say the h.wood Group co-founders John Terzian and Brian Toll in a release. “If the game is in our backyard you know we will create the ultimate celebration.”

At the big game, Dre Day will be taking place as he will be performing alongside Snoop Dogg, Mary J. Blige, Eminem, and Kendrick Lamar at the 2022 Super Bowl LVI.