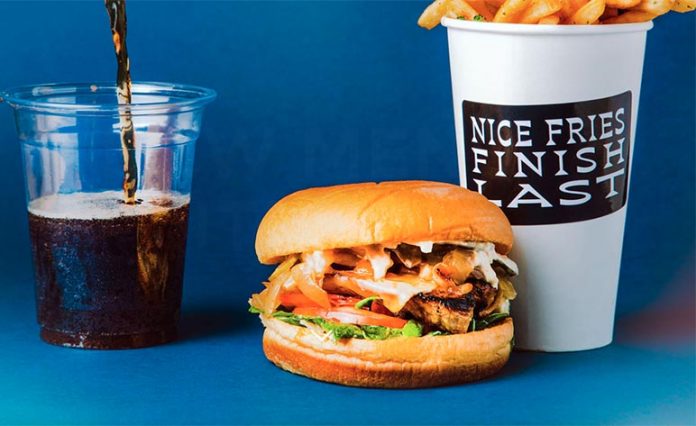 Uncool Burgers is moving to the City of West Hollywood. According to their website, the unconventional burger joint is opening in WeHo by the end of this year. License details in The California Alcoholic Beverage Control (ABC) state that West Hollywood Burger Shop 26 Inc is opening shop at 7881 Santa Monica Boulevard, on the northeast corner of Santa Monica Boulevard and Fairfax Avenue (a few doors down from Whole Foods, where El Chile Mexican restaurant was located before closing permanently).

Uncool Burgers opened on Larchmont Village in the summer of 2020 by Josh Pourgol, founder of the Blurred Limes Hospitality Co. He is known for restaurants like Bardonna, Counterpart Vegan and Tu Madre in Larchmont Village.

They posted a sign that read, “We are moving to West Hollywood where we’ll be a able to serve burgers and booze,” back when they closed this past August 2021.

The restaurant is known for what they call classic, unconventional and unpretentious smashburgers. The smashburger is a classic, thin-pressed and caramelized beef patty covered in melted cheese and a secret sauce.

The Uncool house patties are made from grass-fed beef chuck and short rib blend. Or substitute with an Impossible smash burger for a vegan option. They also offer a buttermilk or honey-fried chicken, and a vegan seitan fried chicken made from wheat protein.

Beverly Press reports that Uncool donated 100% of their Feel Good Combo proceeds to Stomp Out Bullying on opening day at the Larchmont location. This organization supports the fight against racism, LGBTQ discrimination, and hatred in schools and communities across the nation.

Their website also states that the West Hollywood location will serve a full bar until 2 a.m.

What is friend chicken? Executioner makes friends before slaughter?