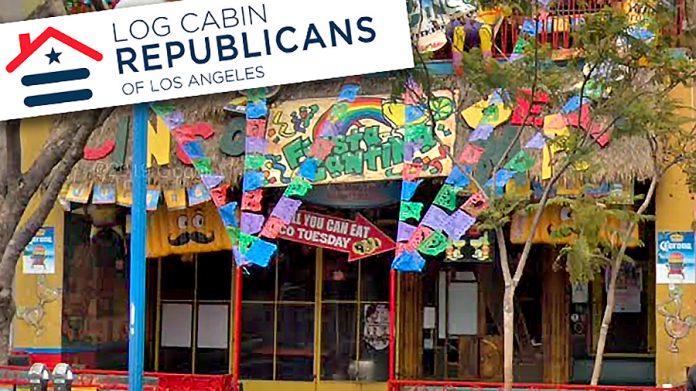 Members of the community have reached out to the WeHo Times with concerns that Fiesta Cantina, the restaurant and bar located at in the heart of WeHo’s Boystown, has been hosting mixers for a political group known for their open support of President Trump.

The Los Angeles Chapter of the Log Cabin Republicans, a queer political organization, are currently selling tickets for their next mixer on Friday, May 24, at the WeHo restaurant located on 8865 Santa Monica Blvd, West Hollywood.

According to a representative for Fiesta Cantina who asked not to be identified, the bar does not take any political position, nor do they support any specific political party or group.

“We don’t discriminate against any political group, we want to make sure that we include all members of our community,” they said. “As a business we are just trying to create a safe and non-judgmental space.”

The Los Angeles chapter of the Log Cabin Republicans was unavailable for comment at the time of publication; however, this is not the first mixer Fiesta Cantina has hosted for the pro-Trump group. According to their website, Log Cabin Los Angeles has been having mixers at the popular gay bar for several years. They even held a 2016 election victory party at the upbeat Mexican restaurant known for happy-hour specials, a rooftop deck and large TVs.

Following the 2016 victory of President Trump the group released the following statement:

“The Los Angeles Chapter of Log Cabin Republicans proudly endorses Donald J. Trump for President of the United States of America. Needless to say, this has been a wild election year, and Donald Trump has been anything but a conventional candidate. But our chapter is excited to unite behind Trump as the most pro-LGBT candidate in our Party’s history, and help defeat Hillary Clinton on November 8th!”

This information is, however, in staunch contrast to the administration’s actions since Mr. Trump assumed office.

According to an article published by the Washington Blade, the Trump administration plans to block a bill that would protect employees from discrimination based on sexual orientation, commonly known as the Equality Act. This comes after expanding so-called religious freedom protections for health care workers at the beginning of the month. The added protections would penalize health care institutions with the loss of federal funding for failing to protect the religious beliefs of their employees.

Moreover, the FBI has reported a rise in hate crimes since Mr. Trump took office. According to the Uniform Crime Reporting program, UCR, jumped 17 percent from 2016 to 2017. UCR stated in their annual Hate Crime Statistics report that they received 7,175 reports of hate crimes in 2017 from law enforcement compared to 6,121 in 2016.

Sunset Restaurant Management Group, the corporate umbrella company that owns Fiesta Cantina as well other Cabo-themed bars, was contacted for comment regarding the mixers. An employee who also wished to remain anonymous said they were not involved in booking the group. This however does no align with what a representative of the bar said as, according to them, all reservations go through their website which is run by the corporate office.

Admission for the Log Cabin Republicans mixer at Fiesta Cantina range from $10-$15, depending on membership. The event is starring acclaimed street artist Sabo. 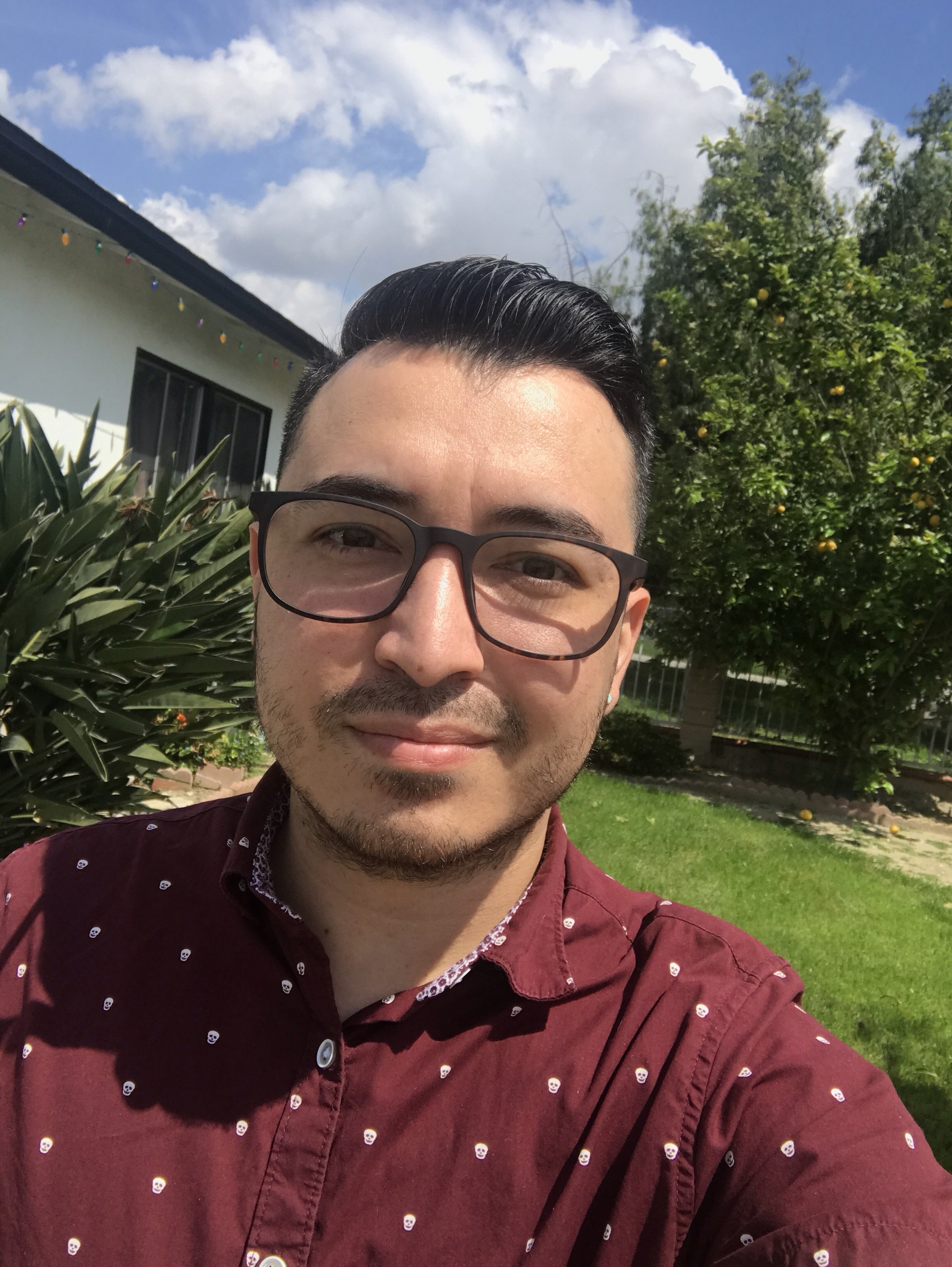 Thank GOD the investigative reporter get to the bottoms of this scandal!!! How dare Trump supporters assemble peacefully to discuss their duly elected president. Trump is such a hypocrite he actually sent out a gay ambassador HE appointed, to tell Islam they could not practice their deeply held belief that homosexuals should be thrown from rooftops of buildings four stories or higher.

Terrence, you must be smoking meth because you have no clue what you are talking about! You also have no facts to back up your ignorant claim and therefore show how stupid your comments are. It was the Log Cabin Republicans who sued the US Gov’t over Don’t Ask, Don’t Tell, a policy implemented by DEMOCRAT Bill Clinton and defended in Court by DEMOCRAT Barrak Obama, yet LCR WON! Not to mention DOMA. So before you go spouting off your ignorant mouth that makes you look like a complete fool LEARN the FACTS! Here are some for FACTS for You:… Read more »

I can’t decide if Fiesta hosting a Trump rally at a “Mexican” restaurant in the middle of WeHo is irony or just unmitigated gall. The fact that they would host this vile organization that supports the deportation of our neighbors is beyond disgusting.

Hmmmm… Trump moves to end the criminalization of homosexuality internationally, with an openly gay ambassador at the helm, and this is the article we get.

I wish this author would serve in the military so he could write with some authority on military policy. Because to me, as a veteran, he obviously doesn’t understand the transgender policy at all.

But I won’t hold my breath since this seems more of hot air than actual, meaningful journalism. This town seems more concerned with old prejudices than meaningful progress.

THERE WILL BE NO PROGRESS ALLOWED UNTIL TRUMP IS OUT.

How tolerant of the author. What a joke.

So since they don’t share your political opinions, they’re the intolerant ones?

Trying to understand your lame attempt at shaming others that don’t share your beliefs.

This is not just about a difference of opinion.

This is an organization supporting a government that ultimately wants you dead and they are holding court in an area people have flocked to for many years to escape oppression and repression the man they support represents to many people.

Take it lightly all you want, but individual rights are eroded before they are taken away outright.

“A government that ultimately wants you dead.”

Yeah, because only the democrats can give you your god given rights!

This is America..and in the country everyone has the right to gather. Everyone is entitled to their own opinion and I can’t even believe this is “news.” People of all political affiliations, religious beliefs, sexual orientation gather a various venues all the time. Are we now going to behave like it’s 1950 and stand outside this establishment and throw stones at people the we may disagree with? Grow up. In this country you’re free to support whichever candidate you want. We have men and woman fighting for that right and people in other countries are literally dying to get here… Read more »

Wow. Trump moves to end the criminalization of homosexuality internationally, with his openly gay ambassador at the helm, and you’re still trying to make everyone hate his guts. I wish Mr. Albert Serna would grow a pair and actually serve in the military so he could write with some authority on military issues. Or actually attend Republican events so he’d have some understanding of what their concept of freedom is… But he and this website seem more content with old prejudices rather than actually solving problems… Republicans say they want to lower the cost of living and end the criminalization… Read more »

Wow. Trump moves to end the criminalization of homosexuality internationally, with his openly gay ambassador at the helm of the effort, and you’re still trying to make everyone to hate his guts. I wish Mr. Albert Serna would grow a pair and actually serve in the military so he could write with some authority on military issues. Or actually attend Republican events so he’d have some understanding of what their concept of freedom is… But he and this website seem more content with old prejudices over actually solving problems… Republicans want to lower the cost of living and end the… Read more »

So, let me get this straight. You are outraged that a queer group that pushes for Republicans to support gay people is meeting in WeHo, but not outraged that the owner of the Beverly Hills Hotel is executing gay people?

Seems real gay friendly to me.

I won’t be doing any of that, although I will take lots of pics if it happens. I certainly will never step into that shithole again. SHITHOLE is a republican term , yes?

Nobody will miss you. Bye….

The fact this is actually news is pathetic. Also, just because a group endorsed someone doesn’t mean every single member shares that view. Let people eat and hangout where they want. They are spending their money and not bothering anyone. We really need to focus on more important news.

So let me get this right. This group is gay and encourages the Republican party to be inclusive and tolerant of the LGBT community and they are being targeted by the author? Doesn’t make a whole lot of sense to me. If anything we should be supporting that (even if they support Trump). I looked on their website at it appears that they believe in “limited government” and “individual liberty”…I gather that means pro choice as well. I’ve been a democrat my entire 56 years and don’t plan on ever switching parties but out of all of the Republican groups,… Read more »

Why is this even news? Are we going to be policing bars and restaurants now who host organizations whose politics we disagree with? Grow up.

No– just those that support anti-LGBT politicians like Trump. Have you not been paying attention?

David, have you not been paying attention?

It’s pretty clear the 4 members of this self loathing group are trolling this page, but to sit there and delude yourself that Trump is pro-LGBT is laughable. But you do whatever you need to do to convince yourself that you aren’t a traitor to your community, your friends, and the LGBT community.

ABOUT US
WEHO TIMES West Hollywood News, Nightlife and Events. The WEHO TIMES is an online news source covering the life and times of the City of West Hollywood. Featuring unbiased professional reporting and photo journalism, WEHO TIMES is updated daily, delivering the latest city news. The online publication founded in 2017, also features cultural events, people, politics, places, nightlife, and the history that make the City of West Hollywood the unique, creative city we all know and love.
Contact us: editor@wehotimes.com
FOLLOW US
© 2023 Murillo Media, LLC
wpDiscuz
23
0
Would love your thoughts, please comment.x
Comment Author Info
Report this comment