The Queerpocalypse Pride Takeover blocked moving traffic in front of the West Hollywood Sheriff’s Station for an afternoon of dancing to a DJ, live performances, and speeches condeming systemic racism, police brutality and corporate pride. Around sixty people gathered on the streets and in the shaded sidewalks to enjoy the music. They showed up in solidarity with Black Trans Lives Matter on a Sunday afternoon at West Hollywood’s Boystown / LGBT Rainbow District. 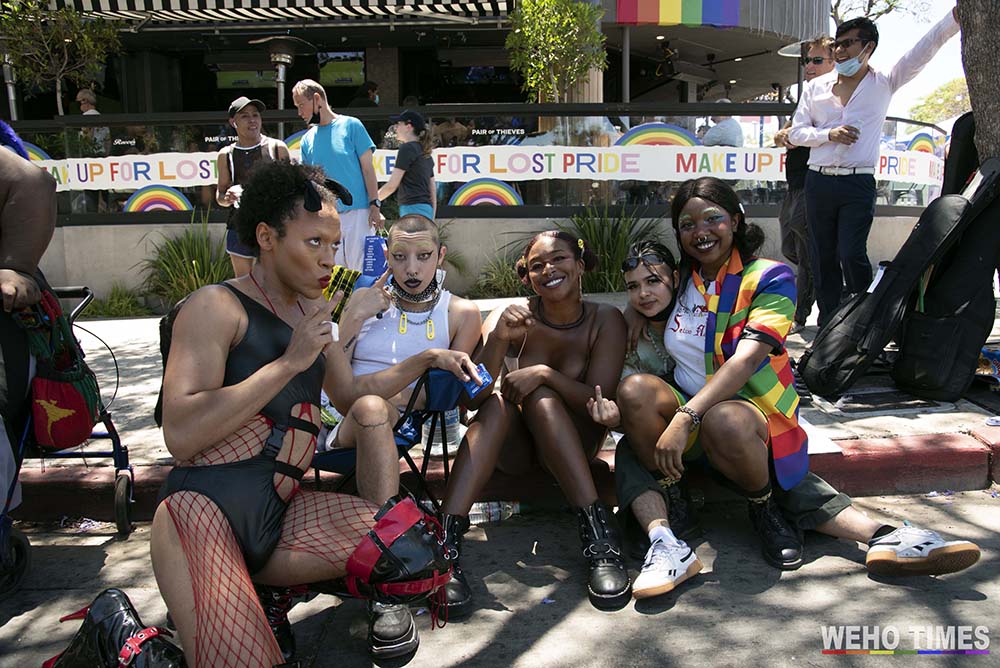 “F*ck LA Pride. F*ck Christopher Street West. And f*ck your hetero normative gay celebrations,” said one of the speakers who goes by the name of LA Byron. “Chela is here. Chela is in the house to remind you what turning the party on the street is all about. I know it’s pride. I’m glad you all can afford to have brunch and live your best life, good for you all, but donate and spend some money that will go to trans black women and black artists.”

LA Byron informed the crowd that they didn’t need to call the Sheriff’s and ask permission to take over they street. They didn’t need funds from corporations to throw a pride event, nor did they need to pay the police to be allowed to gather on a sunny summer afternoon. 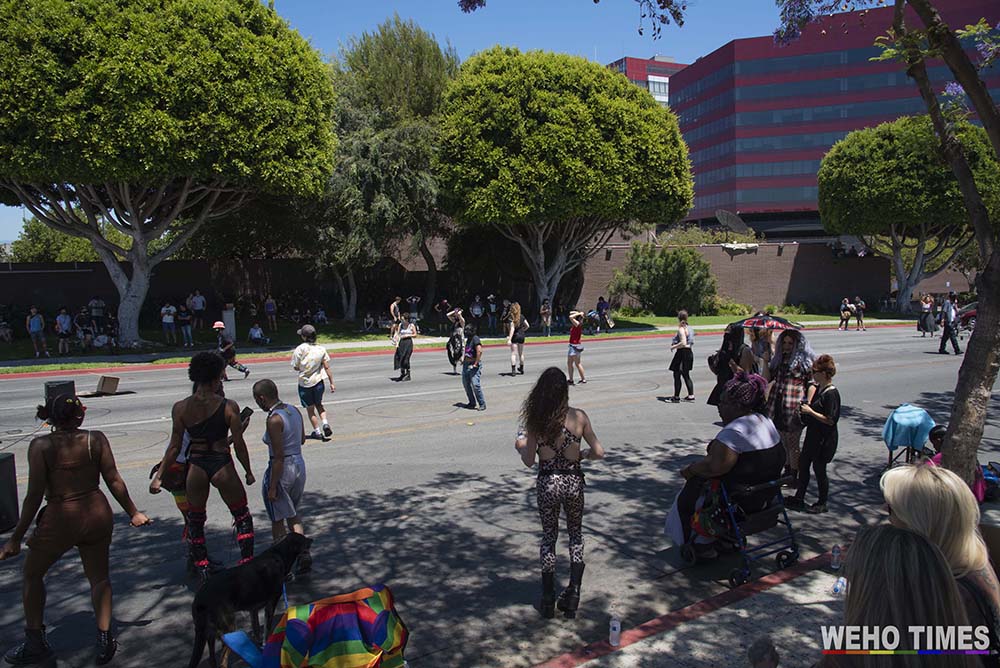 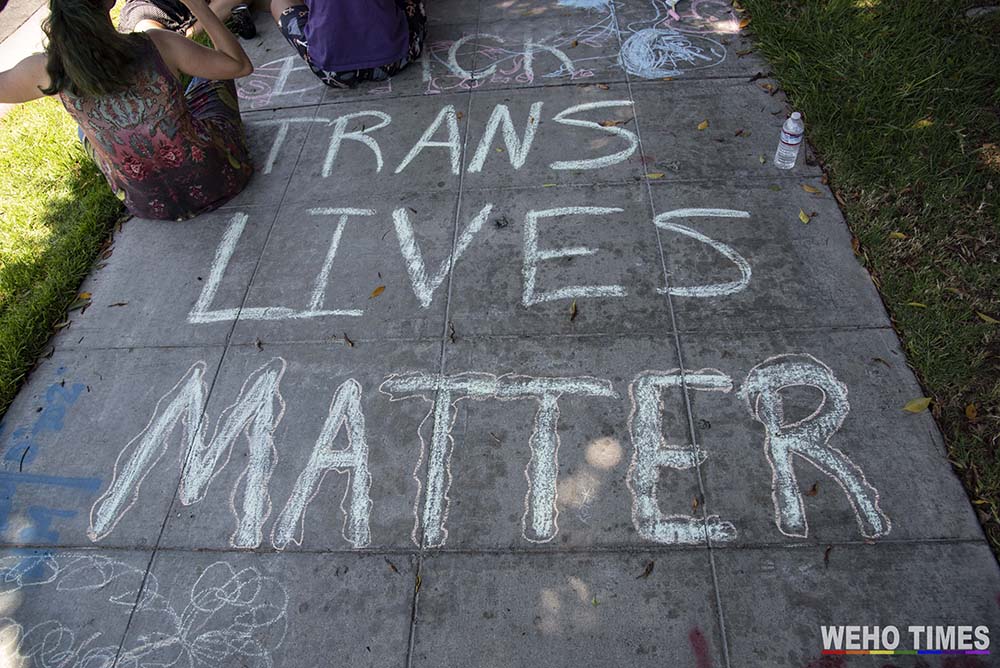 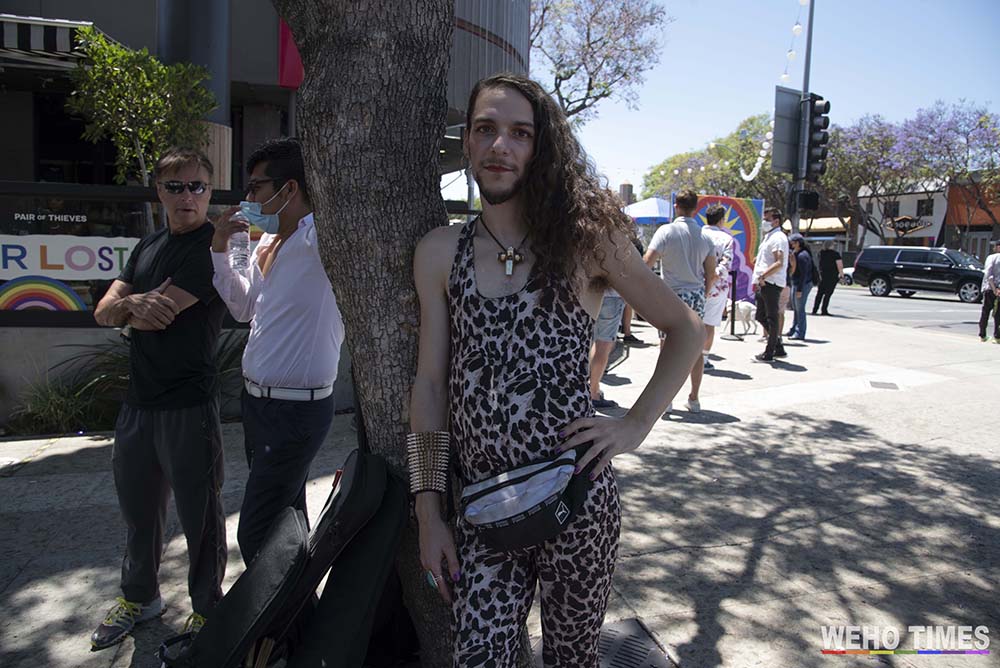 Organizers Chella Isabel Marie Coleman, or simply Chella, organized the event. The transgender activist is known for using art to make a political statement and organizing events like Queepocalypse in the greater Los Angeles area. Chella is an educator around issues that impact the trans and gender non-conforming community, especially low-income trans women of color. She also is a part of many other organizations seeking to better the lives of high-risk, low-income communities.

Chella is also a performer. Although she requested her photo not be taken at the event, video footage on social media shows her singing at today’s Queerpocalypse.

A sheriff’s patrol car was stationed on San Vicente Boulevard and Melrose Avenue to divert traffic away from the demonstration. Aside from that vehicle, there wasn’t much sheriff activity during the event, according to eye witnesses. 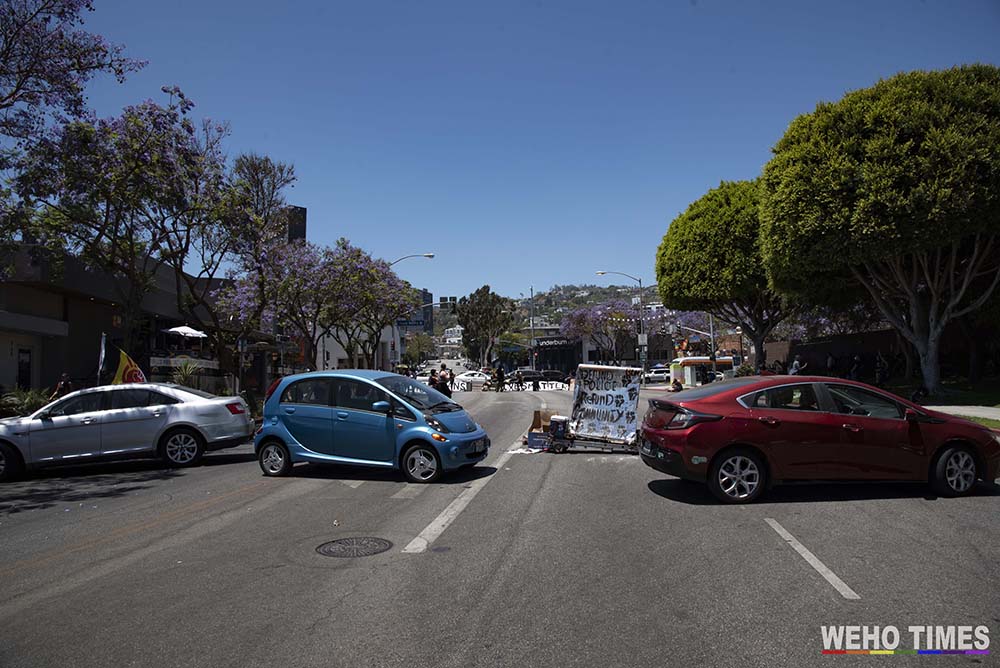 LA Byron said they helped raise $10,000 last year to help the black transgender community. He hopes to do the same this year. Donations can be made via Venmo at @Chella-Coleman-1.

I think it’s also important to note how the City of West Hollywood chooses to fund “art” that celebrates Pride.

Most of their grantees being White Cis Gay Men; who simply add a hashtag to their social media posts as part of their “activism.”

How many Trans Black Women who are producing art all over this city and LA received funding for this year’s “virtual” Pride celebrations?

How many Black and Queer Artist of Color have received funding to produce art in this city?