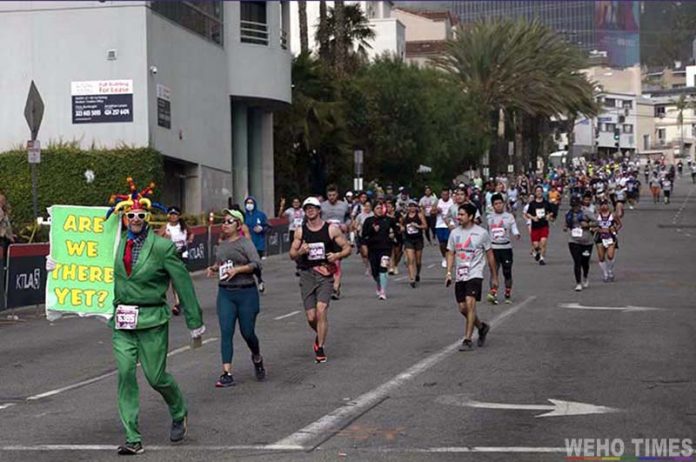 On Sunday, March 20th, four WeHo streets will be closed for the LA Marathon 2022 event. The Los Angeles Marathon will be returning for its 37th anniversary at its regularly scheduled annual March date after having been held in November 2021 due to COVID-19 pandemic delays. The Marathon course will begin, once again, at Dodger Stadium and it will conclude at Century Park in Century City, as it did last year. The portion of the route that runs through the City of West Hollywood remains unchanged.

The LA Marathon 2022 route will guide runners westbound into the City of West Hollywood along Sunset Boulevard at Marmont Lane, just west of N. Crescent Heights Boulevard. From the Sunset Strip, runners will turn left (south) onto N. San Vicente Boulevard; then right (west) onto Santa Monica Boulevard; then left (south) onto N. Doheny Drive, where they will enter the City of Beverly Hills at Beverly Boulevard. The Marathon will run through West Hollywood between miles 14 and 15 of the course. 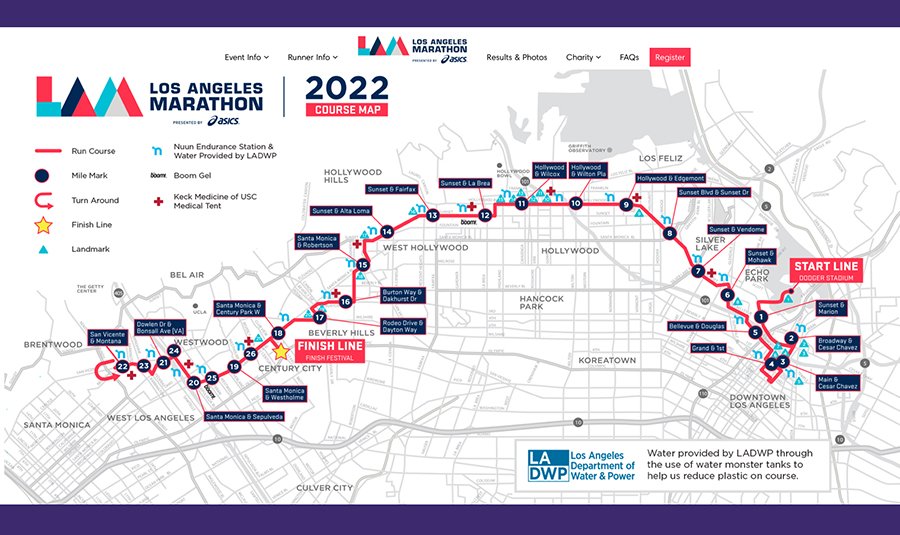 Parking will be strictly prohibited along the Los Angeles Marathon route. “No Parking” signs will be posted prior to the event. Vehicles in violation will be ticketed and towed at the owner’s expense.

LA Marathon 2022 spectators and community members who are searching for alternative parking solutions in West Hollywood during the Los Angeles Marathon are encouraged to visit the City of West Hollywood’s website, where a directory of parking structures and municipal lots with hours of operation and rates is available online. Members of the public are encouraged to carpool and to use public transportation, taxis, or ridesharing options.

For additional information regarding the 2022 Los Angeles MarathonPresented by Asics, including details about road closures and alternate access routes, community members may email, call (213) 542-3000, or visit the Los Angeles Marathon website. Members of the media interested seeking media credentials for the event should apply directly with McCourt Foundation.