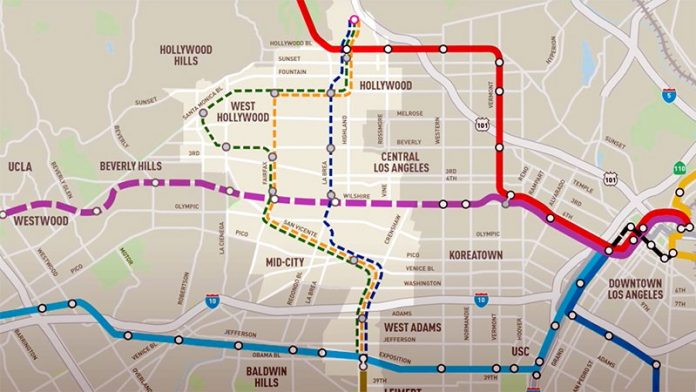 Today, Friday, May 28, 2021 is the deadline to provide written feedback on the Metro Northern Extension of the Crenshaw/LAX Line (Crenshaw North), the project that will bring Metro rail to West Hollywood.

Metro is starting the formal Environmental Impact Report (EIR) process on Crenshaw North. As part of that process, they held three virtual meetings from April 29th to May 8th.

Recordings of each of the meetings are available on Metro’s project website (under the meeting materials drop down). Metro’s Storymap is also available for additional background information. (Note: Metro’s materials list the groundbreaking date of 2041 but the City is working with Metro, the City of Los Angeles, and the County to identify funding to accelerate that timeline which is why this study is happening now).

Though the meetings are over, everyone is still encouraged to submit written comments to Metro before the deadline. We’re entering a phase of the project where Metro will be tallying the comments they receive for and against different aspects for the project so now’s the time to let them know about anything you think they should include in their study as well as what destinations and route alternatives matter to you. Comments can be emailed to Metro directly at crenshawnorth@metro.net or provided over the phone at Metro’s project hotline at 213.418.3093.

The City Council has consistently supported a western alignment that would serve more of West Hollywood’s residents and businesses as well as key destinations in nearby parts of Los Angeles. Since the previous San Vicente alternative was eliminated, the Fairfax-San Vicente Hybrid alignment has been the City’s preference as the other routes would not serve large portions of the City. (Note: all alternatives are expected to be fully underground North of Wilshire Boulevard, so no surface or aerial rail is under consideration in WeHo). City staff have uploaded some of the reasons we support the Hybrid, as well as some key considerations about other arguments we’ve heard on www.weho.org/rail.

If you’d like to send Metro an email in support of this route, the city has developed a sample email to get you started (though feel free to make it your own & tell them ALL the reasons you want the hybrid alignment to come to West Hollywood!).