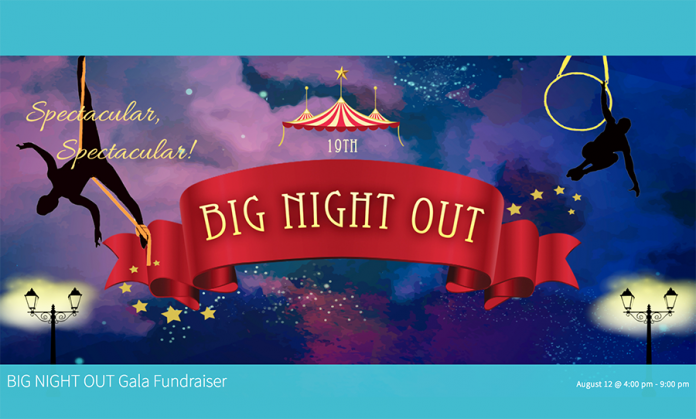 Thrive Tribe Foundation (TTF), the non-profit organization that fights against HIV by empowering its members to be active participants in their healthcare, will host Big Night Out Gala Fundraiser at the Greystone Mansion in Beverly Hills. The Premier Gala Reception will take place on August 12, 2017, from 4pm to 7pm

TTF uses a peer-to-peer model to create a community that is judgment free and provides a safe space for HIV+ and HIV neg individuals. Proceeds to benefit the end of HIV transmission through empowerment, community, and connection.

The Premier Gala Reception is designed to showcase entertainment, LA lifestyles, fine dining, architectural design, outstanding auctions, and more. It was created nearly two decades ago by AIDS Service Center (ASC) in Pasadena. The event grew into one of the most successful charity events in the area.

Thrive Tribe continued the legacy of ASC after it closed two years ago. The organization engaged former Executive Director Anthony Guthmiller to produce the event this year. Big Night Out will continue to explore the beauty and uniqueness of Southern California now benefiting TTF.

The theme this year is inspired by the circus and Parisian shows like the Moulin Rouge. Entertainment will have a Cirque du Soleil style and include LED spinners, dancers, and performers. Special guests will include Kitten Kay Sera (The Pink Lady of Hollywood), Eric Leonardos (HIV Activist & winner of reality TV show Finding Prince Charming) and Club Posers (high energy dance company that honors today’s hottest pop stars, by imitating musical icons and pop culture performances).

Over four hundred guests will gather at the Greystone Mansion in Beverly Hills for the event’s Premier Gala Reception and then proceed to various themed dinner parties for the rest of the evening. The reception will feature auctions and samplings from the finest local restaurants & caterers. Guests will then depart to one of many uniquely themed dinner parties throughout the area. Greystone Mansion–also known as the Doheny Mansion–is a Tudor Revival mansion located in Beverly Hills. The estate was a gift from oil tycoon Edward L. Doheny to his son, Edward “Ned” Doheny, Jr., and his family. The City of Beverly Hills purchased of the estate in 1965. The property became a city park in 1971. It was added to the National Register of Historic Places in 1976 as Doheny Estate/Greystone. The house and grounds are often used in filmmaking and television production. The house’s descending staircase is one of the most famous sets in Hollywood.

To learn more about Big Night Out and to purchase tickets, visit: bignightoutla.org

To learn more about the Thrive Tribe Foundation, visit thethrivetribe.org