“Out of the darkness and into the spotlight, there is a new star shining so bright,” are some lyrics from the new musical sensation Everybody’s Talking About Jamie, charms its way to an enthusiastic crowd at the Ahmanson Theatre to rapturous applause.

Everybody’s Talking About Jamie, by Dan Gillespie Sells and Tom Macrae, and directed by Jonathan Butterell, is the North American premiere of the hit West End Musical and winner of three WhatsOnStage Awards, including best musical. Starring Layton Williams who masterfully plays Jamie New, and Bianca Del Rio as Loco Chanelle/Hugo, it was also nominated for five Olivier Awards.

Based on a true story from the 2011 British documentary “Jamie: Drag Queen at 16,” the musical follows a 16-year-old schoolboy Jamie New, from the small provincial town of Sheffield, England. This is a coming-of-age story and the journey of a misfit as he overcomes prejudice and bullying to step out of the darkness and become a performer–a drag queen the likes that no one has ever seen. Only problem is, he doesn’t quite know how to get there. Set primarily in a high school setting as well as scenes from his mother’s house, Jamie is faced with adversaries both from his peers (played viciously by George Sampson) and his teacher Miss Hedge (Gillian Ford) isn’t supportive of his dreams and attempts to knock him down a peg or two with dreams of “normalcy.” Even with a supportive family (exceptionally played by Melissa Jacques as his mother), his ever-supportive best friend Pritti (scene stealer Hiba Elchikhe), a new drag mother (stand out and crowd pleaser Bianca Del Rio), and a façade of a thick skin, Jamie yearns for the love of a father who left his family, the acceptance of his peers, and his ambitions for his future and mostly what entails to be a “drag queen.”

With 20 musical numbers, Everybody’s Talking About Jamie is broken down in two parts: Act 1 starts raucously with the song “And You Don’t Even Know It” with school chairs as props that shift into backyard chairs for a different setting. “The Legend of Loco Chanelle,” is where we first see Bianca Del Rio. After all, what is a show about becoming a drag queen without a true living drag superstar. “Work Of Art,” a personal favorite of mine perhaps I saw the movie version is a bit of a letdown, visually at least through special effects. And finally, “Over The Top,” the unveiling of Jamie New and her drag persona, Meme Me.

Act two is the heart of the show, starting with the musical number “Everybody’s Talking About Jamie,” will be the closest thing you’ll ever see to a live production of “Glee,” for those who are fans of the hit tv show. “It Means Beautiful,” your first heart string tug, if you’re not teary-eyed by then, you’ll cry during the show stopper, “He’s My Boy.” Unless you were a test tube baby without a mother, every gay boy and girl will be affected by this song. Belted out and sang effortlessly by Melissa Jacques, received a standing ovation.

And finally, with “Out Of The Darkness,” the company closes out the show with the whole cast (and boy there’s many) inviting the audience to sing along to make us all feel that we’ve joined them, related to them, and have been a part of the journey that we too are exactly in place “where we belong.”

Everybody’s Talking About Jamie is playing at the Ahmanson Theatre through February 20. Tickets are available online at www.centertheatregroup.org or by calling 213.628.2772. 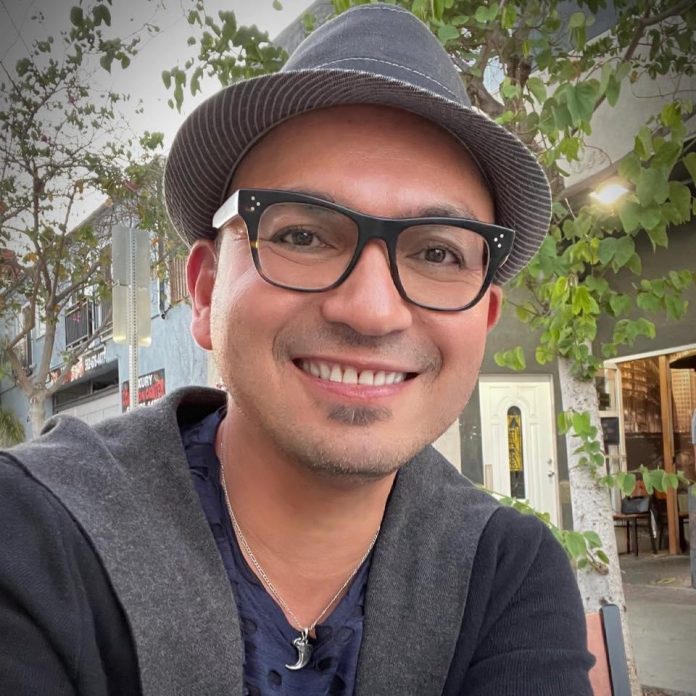