The Wing – A Women ‘Mostly’ Club, is Moving to an Area with a Sexist WeHo Past 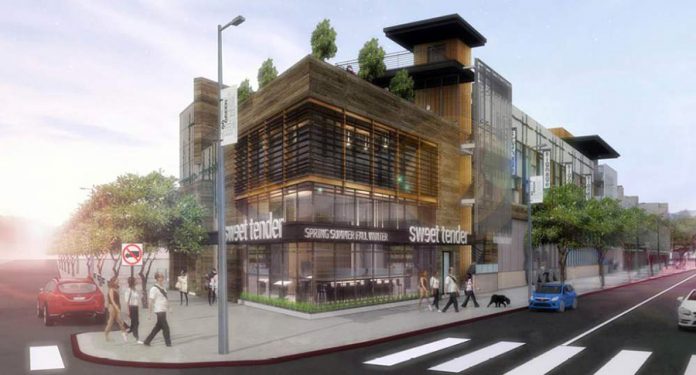 The Wing, a club that started out as a women members only club, but has recently changed its policy to allow trans and nonbinary individuals, is coming to West Hollywood. The women’s “mostly” co-working and community space is moving to 8550 Santa Monica Boulevard, the building currently under construction on the corner of Santa Monica Boulevard and N. West Knoll Drive, across the street from the Shake Shack and next to the Power Zone and Capital Drugs.

The Wing and their women only policy did not fly well with gay men in WeHo. The club recently made some slight modifications to their admissions policy to allow inclusivity towards transgender and nonbinary individuals after a man filed a $12 million gender discrimination lawsuit. Thisisinsider.com reports that in June 2018, James E. Pietrangelo applied to The Wing’s Washington, DC branch, in Georgetown, via a brief online application and was denied membership because he was a man.

The Wing’s move to WeHo and its women only intent (they publish a magazine called No Man’s Land) opens a debate about discrimination towards gay men who have always found a safe haven in WeHo.

“No offense ladies, but wtf [sic] is up with GIANT women’s only space coming to Weho?” West Hollywood resident John Gavegnano, posted on his Facebook page. “This town is one of the few corners of the world that gay people have where they won’t feel marginalized or dominated by heteronormative culture and this behemoth of a business is going to be completely off limits to gay men?? Who the fuck approved this for the city?? It’s so tone deaf and I personally find it insulting to the community. Who comes to a gay community then EXCLUDES gay men from their business. That’s some high level fuckery. To clarify, you literally are not allowed in if you are a gay male. It is never ok to discriminate against anybody on the basis of gender or any other attribute for that matter.”

“City doesn’t approve any business John Gavegnano,” Council member John Duran replied in the comments thread. “Transaction between property owners and business entities under a lease. That being said – the business model may violate state law which prohibits discrimination based on gender.”

The area surrounding 8550 Santa Monica Boulevard has a long history of discriminating against the opposite sex. Those with some knowledge on West Hollywood’s past, may recall that 8550 is the location where The West Hollywood Athletic Club gym once stood back in the 80s to mid-90s. In its early days, the West Hollywood Athletic Club did not allow women in their facility. It used to be a men’s only membership club that mainly catered to gay men. The men’s only facility was built with one locker room and wet area. It offered tanning beds, massage and the men’s only membership allowed nude sunbathing on the gym’s rooftop.

The gym was later taken over by World Gym. World Gym was part of a chain of fitness centers founded by Joe Gold in the mid-70s; he’s also the founder of Gold’s Gym. World Gym in WeHo was forced to allow women into their facility, however, women did not have equal access to the building, even though they paid the same membership dues. Worlds Gym was ill equipped to accommodate women with a proper changing room or shower area. Women used an upstairs restroom with portable lockers as a dressing room. They had to shower at home. The gym continued to offer nude sunbathing, but women were not allowed to partake.

And if we dig further back into West Hollywood history, The Athletic Club was once The Beverly Hills Gym which at one point (wait for it) used to be a women’s only gym back in the mid-to-late 60s. According to several sources, the West Hollywood Sports connection was an all-men’s facility and the smaller Beverly Hills Gym was made for all women, which explains why the facility was built with one locker room and shower area.

The Wing West Hollywood will also stand in the area where The Palms lesbian bar once stood. The Palms closed down and stood empty for many years before it was demolished to build the retail space we see going up today. 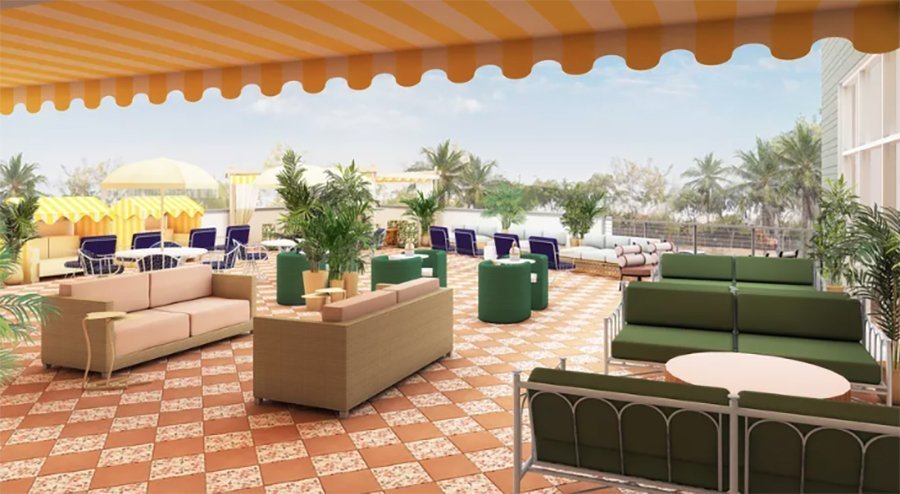 The Wing currently has offices in Manhattan, Brooklyn, New York City, Washington, D.C., San Francisco and a space recently opened in Chicago on April 11. It was founded by Audrey Gelman and Lauren Kassan in 2016. As of October 2018, the club has about 6,000 members. Membership includes access to workspace, with phone booths, and conference rooms. The spaces packed with amenities including an in-house cafe, a beauty room, showers, and a pump room.

Membership fees at The Wing start at $2,350 a year, similar to the fees at WeWork or membership to social club Soho House in West Hollywood. The 11,000-square-foot West Hollywood club is scheduled to open in January 2020.

Just so you know, men are actually allowed into the space. They have men in there all the time, especially gay men.