The Shake Shack WeHo, located at 8520 Santa Monica Boulevard has been newly renovated when it opened earlier this month on Monday, February 1, 2021. It shut down during December 2020 and the entire month of January 2021.

The building was sealed off and a banner read, “WeHo! We’ll be right back!”

However, rumors spread in some Facebook groups that the Shake Shake may be gone for good on the corner of West Knoll Drive and Santa Monica Boulevard during the COVID-19 pandemic. 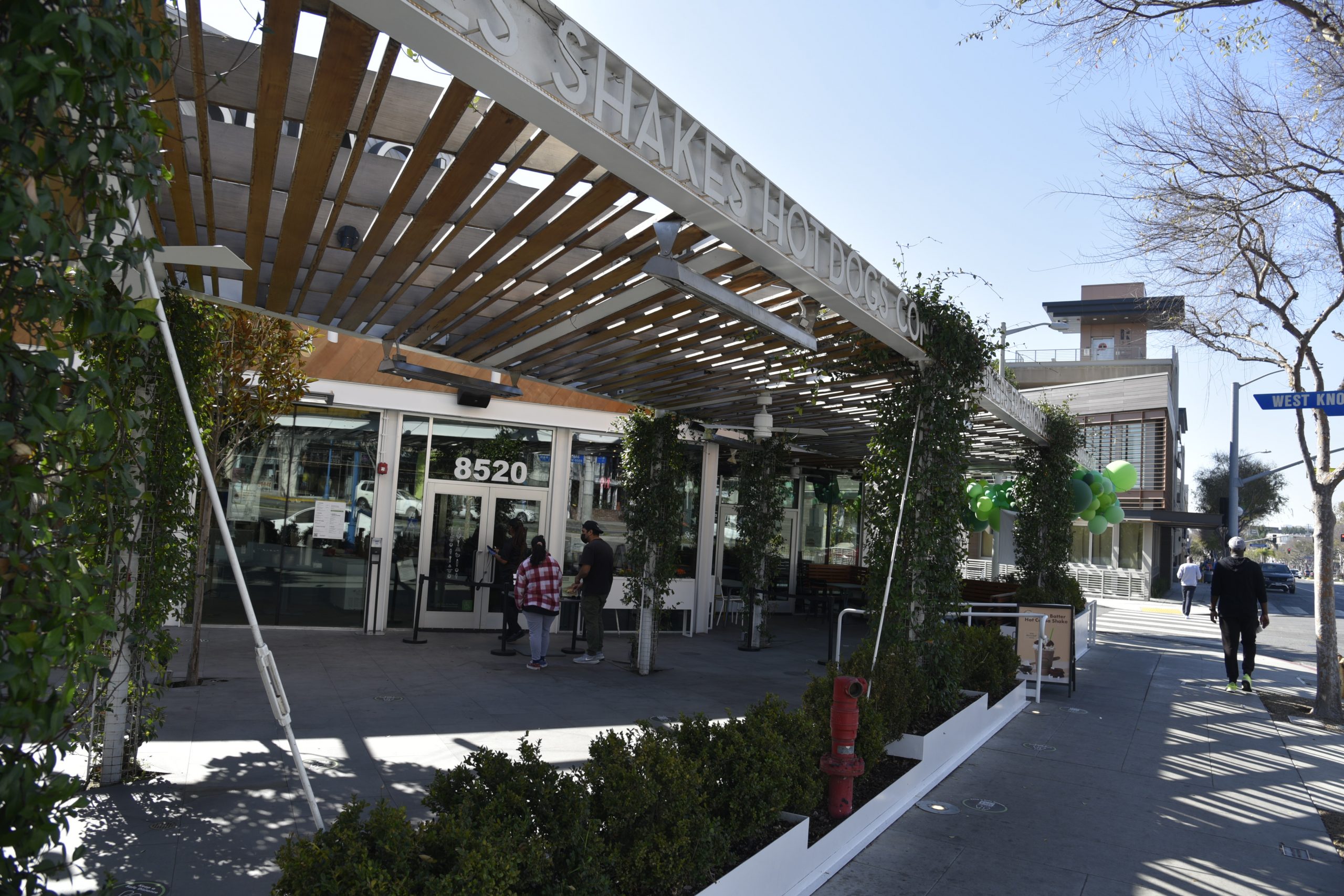 Photo by Paulo Murillo for WEHO TIMESWe are happy to report that The Shake Shake delivered on its promise and did come back following renovations. The hamburger joint is currently doing pickup and deliveries as well as offering some dining options at a newly installed outdoor dining patio area located in their parking lot, a safe dance away from the original front patio area that is currently sealed off to the public. A table located at the front of the establishments is solely for placing orders for walk-in traffic. Customers are not allowed inside the actual restaurant at the moment.

“We’re so happy to be open,” one of managers who chose to be nameless told WEHO TIMES. “People are loving our new walk-up window and they’re so happy with our new patio. We’ll eventually open the front patio again, but we just want to make sure it is safe.”

According to our source, the Shake Shake renovated their entire kitchen. The West Hollywood location added a walk-up window by the parking lot, which allows plenty of open space for a safe transaction when people pick up their phone orders.

Shake Shack sprouted from a hot dog cart in Madison Square Park in Manhattan to support the Madison Square Park Conservancy’s first art installation. The cart was quite the success, with Shack fans lined up daily for three summers. In 2004, a permanent kiosk opened in the park: Shake Shack was born. This modern day “roadside” burger stand serves up burgers, hot dogs, frozen custard, shakes, beer, wine and more. The rest, as they say, is burger history.

Don’t understand how there could be these rumors on Facebook as they immediately started renovations after putting up the “We’ll be back” banners. Silly WEHO kweens.