THE SEEN: Were you seen at Micky’s WeHo’s Comeback Celebration?

Were you seen at Micky’s in West Hollywood opening night? The gay nightclub had its grand comeback celebration this past Thursday, July 1st. The evening included a proclamation from the City of West Hollywood and later a crowded night full of loyal patrons who have been itching to party at their favorite gay club.

Were you seen at Micky’s in West Hollywood opening night? The gay nightclub had its grand comeback celebration this past Thursday, July 1st. West Hollywood Council members Sepi Shyne and John Erickson joined Mayor Pro-Tempore Lauren Meister in presenting General Manager Don Wise, with a City Proclamation recognizing its reopening, and declaring the month of July 2021 as Micky’s West Hollywood Month in celebration of its contributions and service to the West Hollywood community. 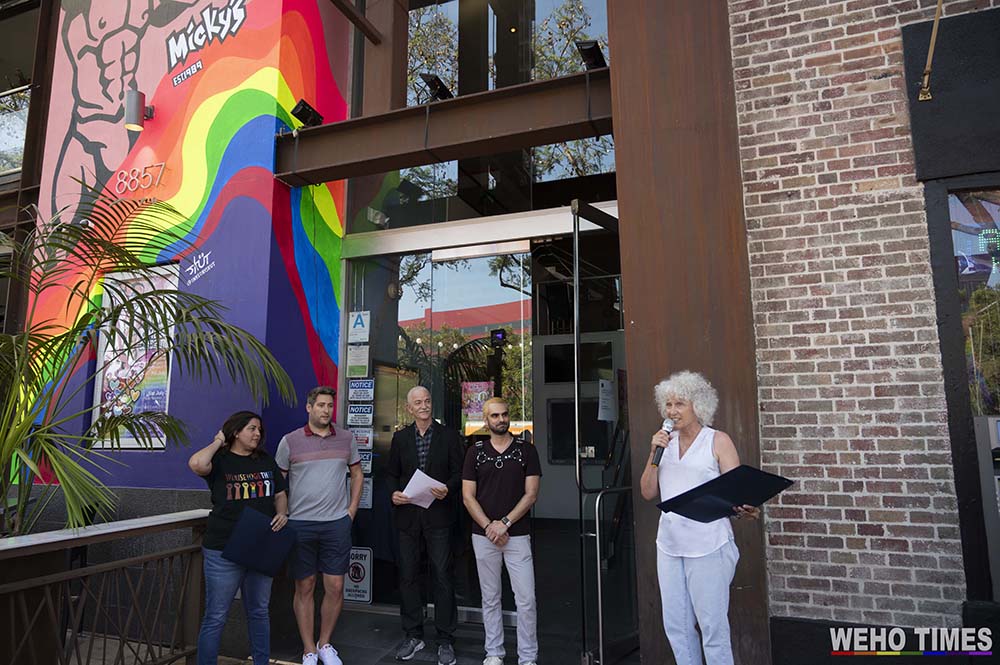 “Micky’s reopening is a testament to its resilience in not only being able to withstand the difficulties and challenges of the COVID-19 pandemic, but also overcoming adversity following previous closures, including the fire of 2008,” reads the proclamation.

“I’m excited and elated to be back after almost a year and a half of being closed,” Don Wise told WEHO TIMES. “It’s phenomenal that we were able to do this and get there. It was a struggle. It’s amazing what happens when a building has been closed for over a year. It takes a life of its own. All the infrastructure stuff tends to go sideways. All we’ve been doing for the last four weeks is we’ve been concentrating on getting the place ready to open from the back of the house to the front of those to make it shiny and new like it was when we first closed.” 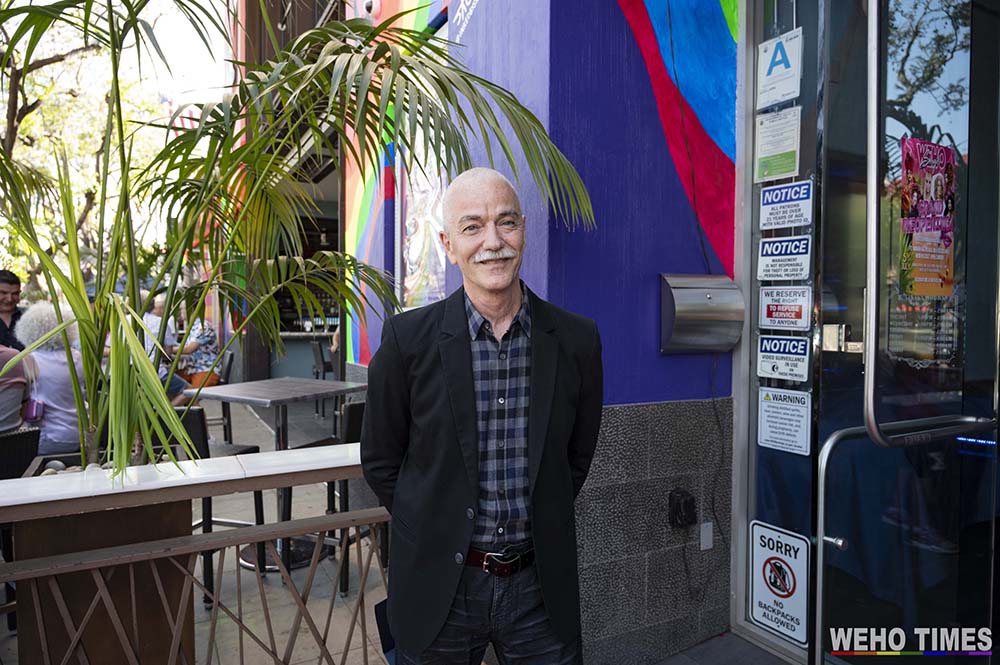 Wise added that he can’t wait for Micky’s patrons to try the new food from brand new kitchen. “The food is phenomenal,” He said. “The price points are great. And it’s elevated to meet our standards. It’s not your typical fried bar food. It’s phenomenal stuff.”

Artist SKUT (Scott Lewallen), the man behind the new mural at the front of the building also received a City Proclamation  that is getting some finishing touches as of thwhose new mural adorns the building, with city proclamations. Each was given an official day on the WeHo calendar in their name.

There was a countdown to the grand re-opening, which happened at 4:56. 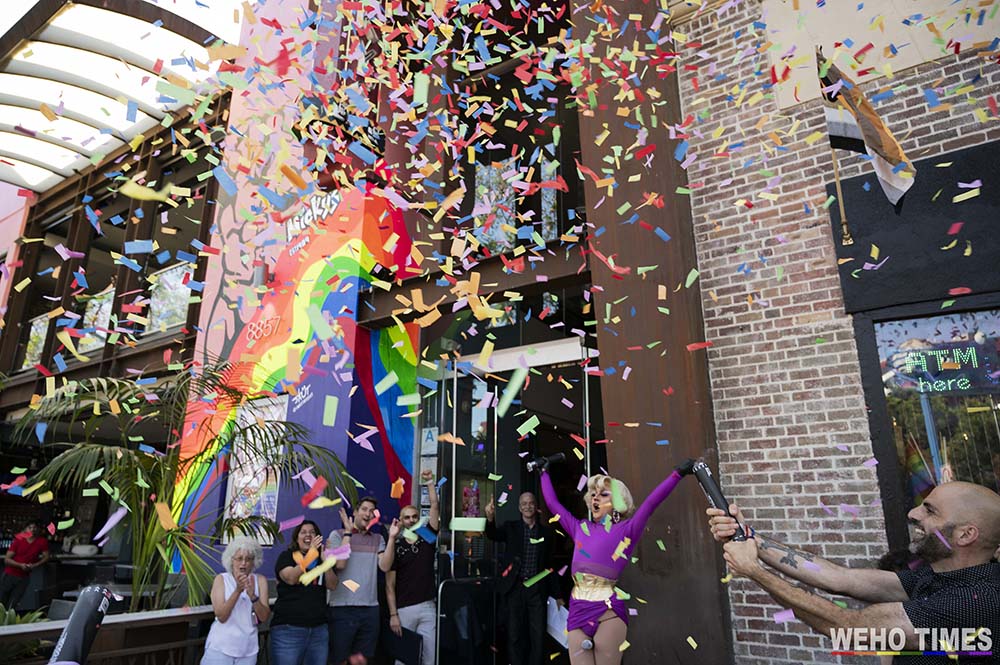 The crowd was busy at around 11 p.m. on a Thursday night. Both floors were open, but the lower level dance floor was closed off–not that it mattered to everyone dancing around the bar. 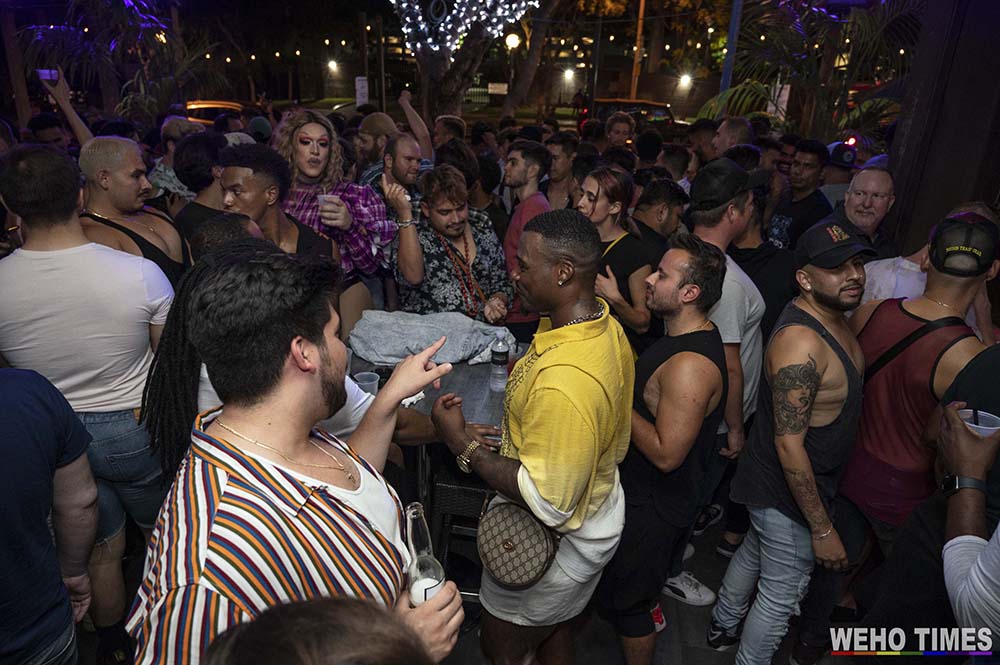