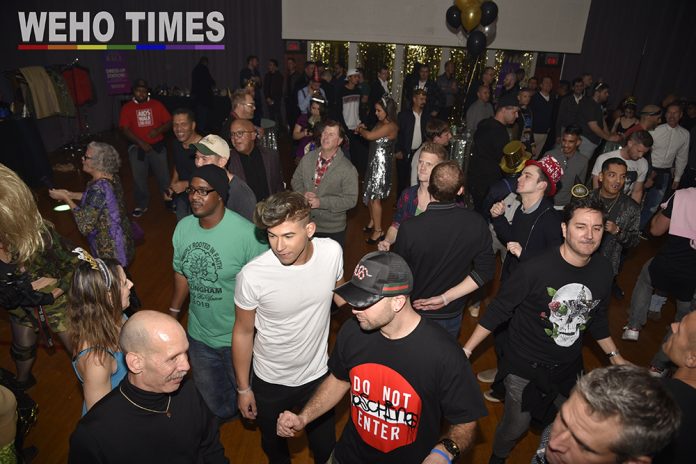 Were you seen at #BOOM! this past New Year’s Eve? The Sixth Annual Alcohol-free party returned to the city of West Hollywood for a sober New Year’s Eve celebration to help those who wished to ring in 2019 completely hangover-free.

Once again, the free tickets for the event were maxed out as New Year’s Eve approached. The party continues to be a go-to event for people in the recovering community looking for a safe space on NYE, as well of individuals who aren’t necessarily sober, but don’t want to be the consumption of alcohol or other drugs.

An alcohol-free party may seem sad to some, but walking into #BOOM! was no different than walking into any elaborate party atmosphere. There was food, plenty of drinks, dessert, a coat check and great music to dance to, thanks to the efforts of DJ Eddie X. He’s known for spinning at not-so-sober spaces like the infamous Probe afterhours in the 90s and early 2000s. 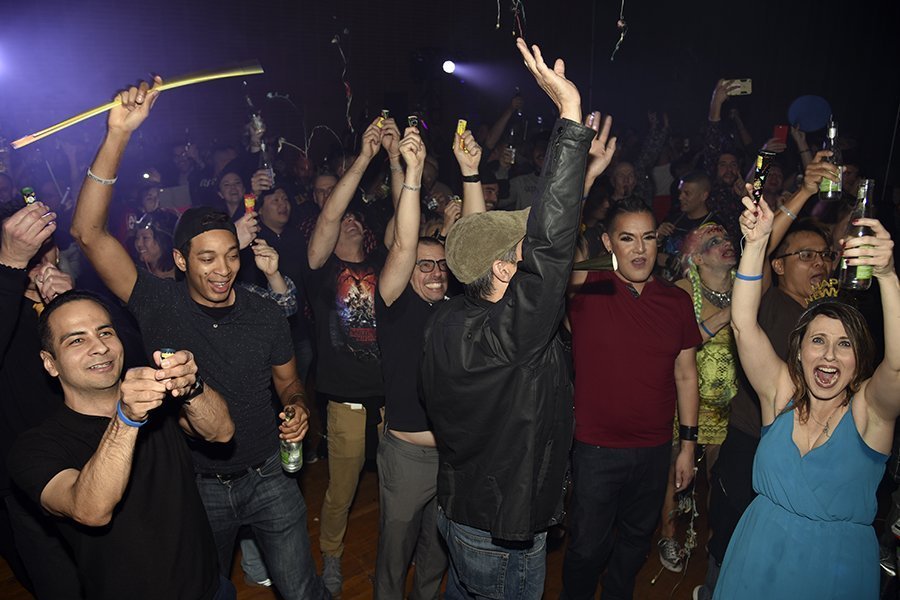 A highlight of the night, was drag performer and Emmy Award-winning makeup artist Glen Alan, who was the host for the evening. He was Priscilla Queen of the Desert, meets Carnival Queen, meets Ring Mistress, meets Dr. Seuss Diva, meets overall Queen of 2019. The outfit was a neon bright and colorful creation that flowed and lit up throughout the night. 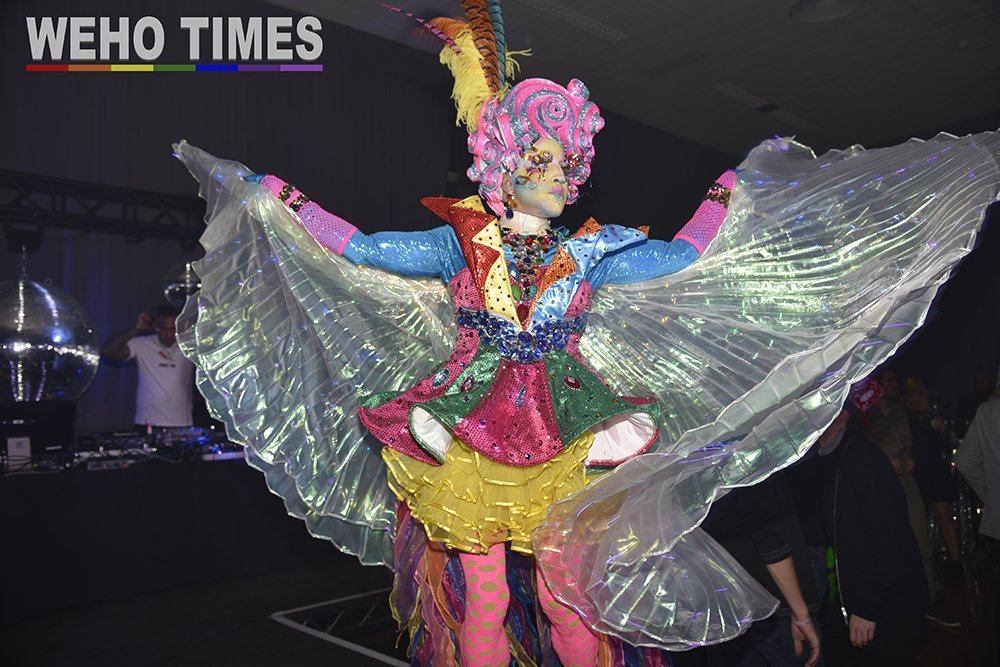 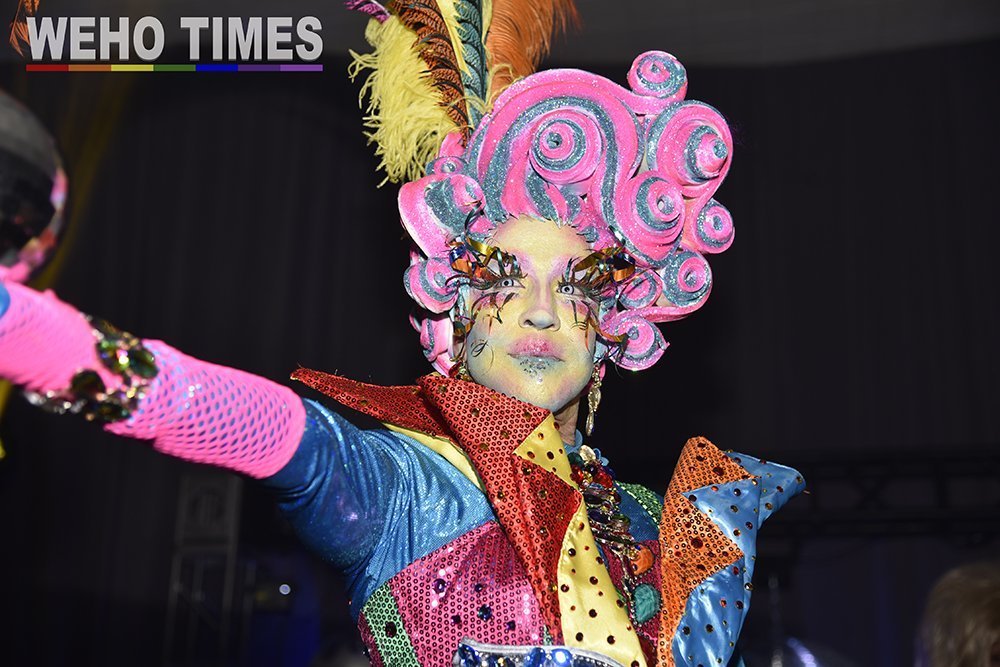 “When I was 8 years old, I painted my bicycle fuchsia pink,” Allen posted on his Facebook page, looking back at his New Year’s gig. “I covered it with noisemakers and rainbow streamers. My heart was fully open while creating my work of art. I took it for a ride and some boys waved me over to take a closer look. I was very excited. As I got to them, I noticed they weren’t happy with me at all. They told me they were going to take everything off of my bike. I was so shocked that I let it happen. On the same day that my heart was fully opened, it was fully broken. I rode home in tears, vowing to never share my art / heart with the world again. It took a lot of healing to recover from that. Today I am my bike. No one will ever dismantle me again.”

The event was a costume party, and no costume party is complete without a costume contest. Disco ball trophies were handed out to winners in the categories of best glamour, military, Ménage a Trio, Gaga vs Madonna and Hot Mess. Judges included, West Hollywood mayor John Duran, council member John Heilman, Brian Stark and Chela Demur-Cartier. 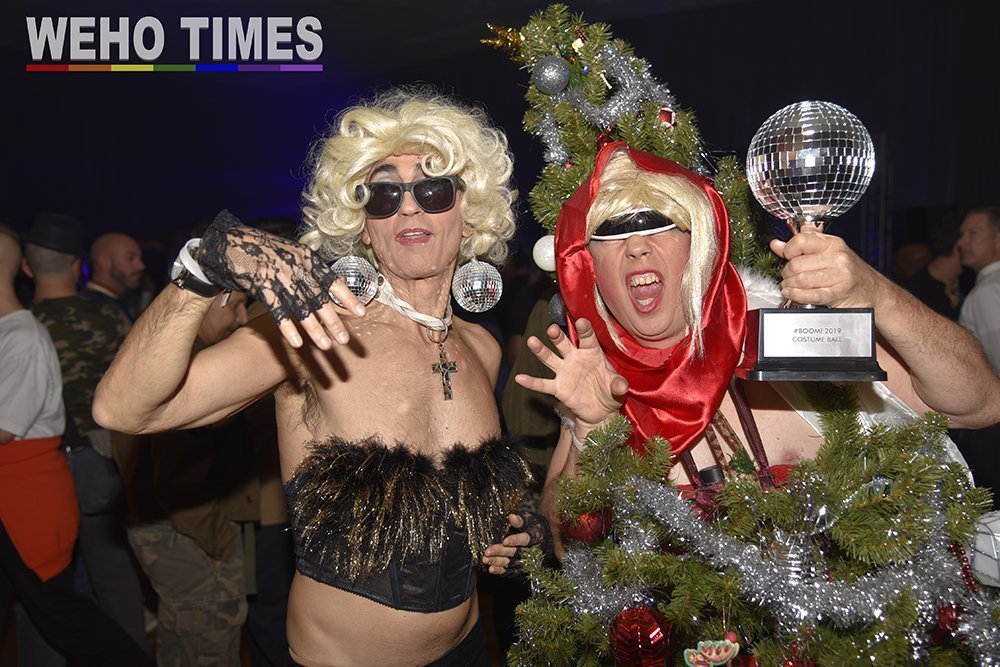 “The event was amazing,” #BOOM! organizer and one of the founders, Jimmy Palmieri, told WEHO TIMES. “For me in particular, I get to watch something that was in my head as well as in the heads of Robert [Gamboa], Brenda [Simmons] and Mike [Rizzo]–the four of us just had this idea for a year and who would have thought that we would be on our sixth year in 2019? I get to watch people come back year after year and continue their sobriety. As an onlooker and as a member of this community, that’s the best New Year’s for me.”

Palmieri had nothing but praise for Glen Alan.

“We’ve always had great hosts, but for some reason, Glen really hit a nerve with the audience,” he said. “He didn’t just get up and do his job and leave. He was part of #BOOM! His gig was for an hour, or an hour and a half and he stayed the whole night and I really loved that. He looked amazing.”

Palmieri remembers the year the event debuted. Back then he hoped the event would attract 300 people. The official count this year was 985 people who attended #BOOM!, making 2019 the biggest year yet. A huge number of those in attendance were young people in their 20s dancing the night away. The party seems to get bigger and more popular with each passing year. 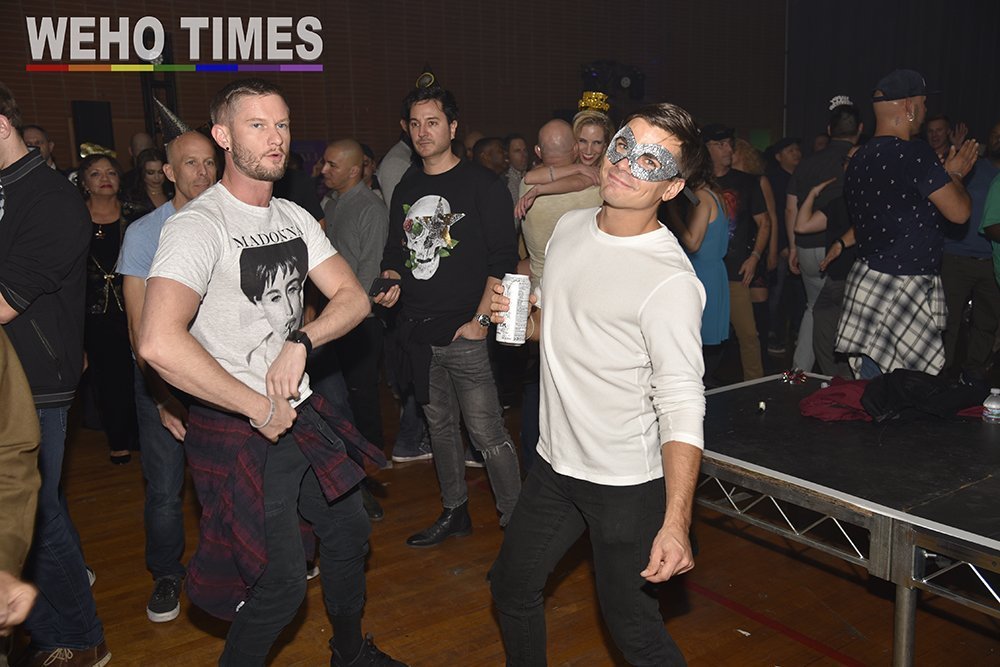 For additional information, please contact Alexis Sanchez at the Institute for Public Strategies at asanchez@publicstrategies.org or at (310) 215-9924, extension 135.