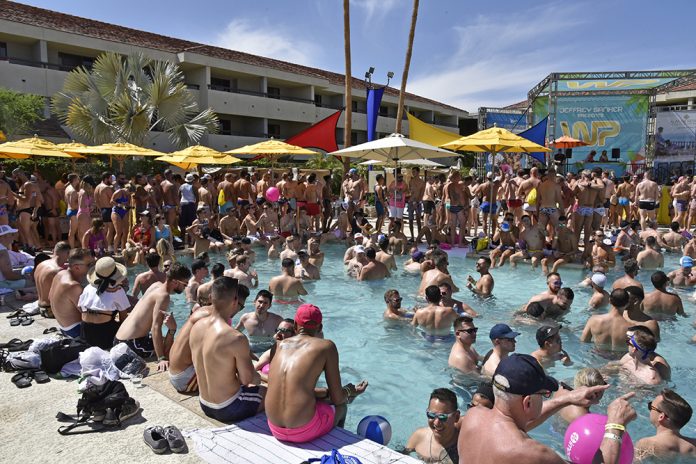 White Party 2019, the largest gay circuit party in the U.S., was back to celebrate three decades of music, dancing, pool parties, go-go dancers and a lineup of international DJs and guest stars this weekend, from Friday, April 26, to Monday, April 29, in the City of Palm Springs. 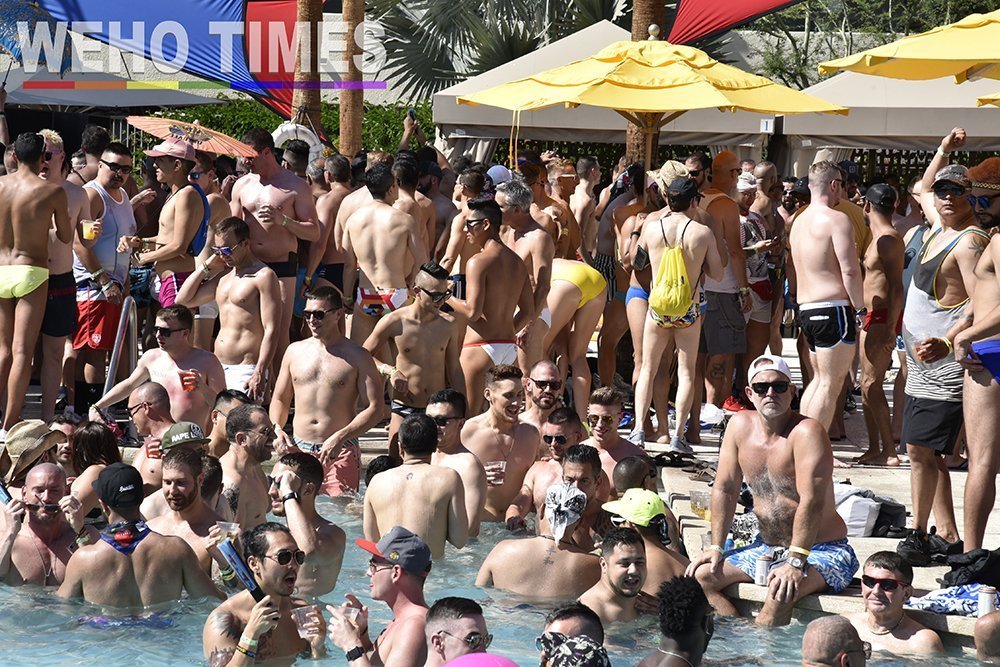 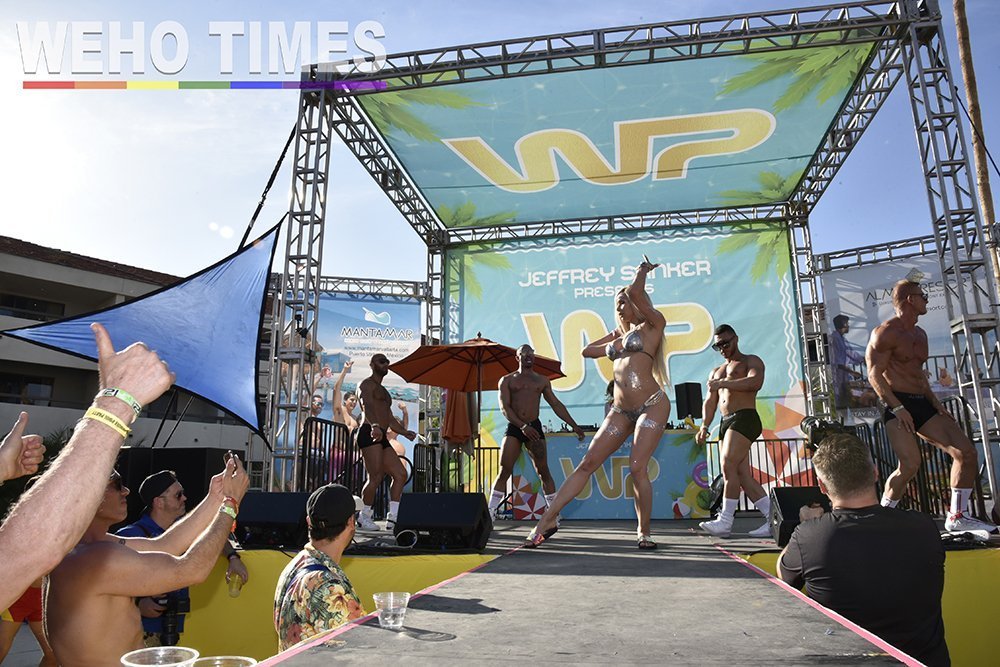 The Muscle Pool Party on Saturday was just one of three pool parties that weekend. It was sun, studs, and fun with some gorgeous White Party Gogo Boys as a backdrop. White party flexed its production muscle and things got hot, sweaty, and ripped with DJs Isis Muretech (Mexico), and Anne Louise (Brazil). It was a sea of tiny swimsuits and summer bodies dancing and getting crazy. There was even a gay wedding by the pool. Never mind that it happened before a crowd of half-naked guys. That union is bound to last.

Brazilian singer Niki Valentine was back. She worked the crowd on stage and was seen throughout the day frolicking with pretty boys at her VIP cabana by the main dance area. She appeared to be having a blast splashing around in a kiddie pool and posing for photos with some of her friends. 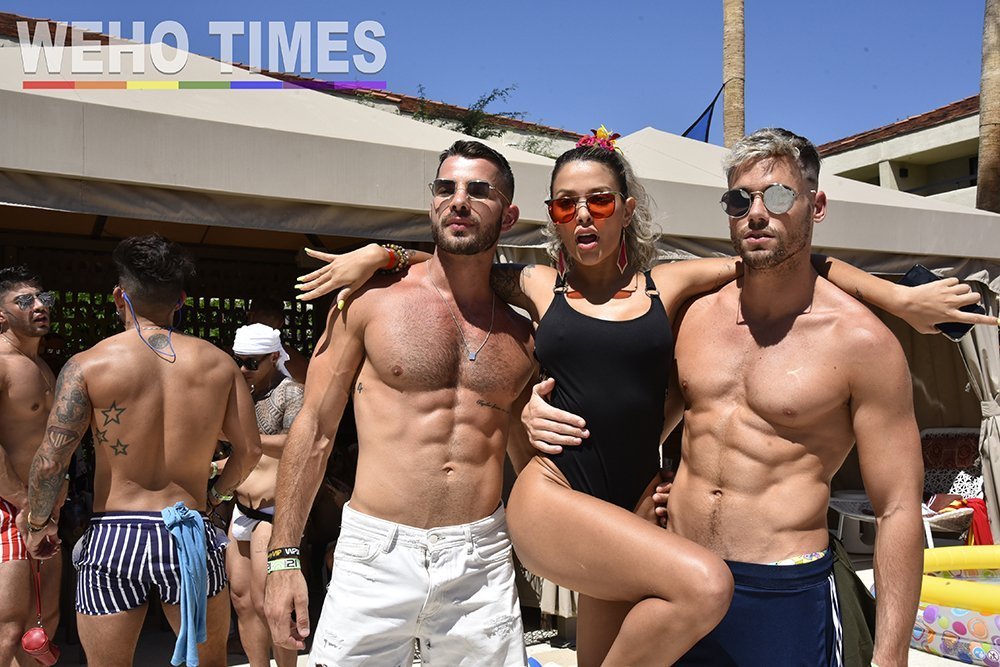 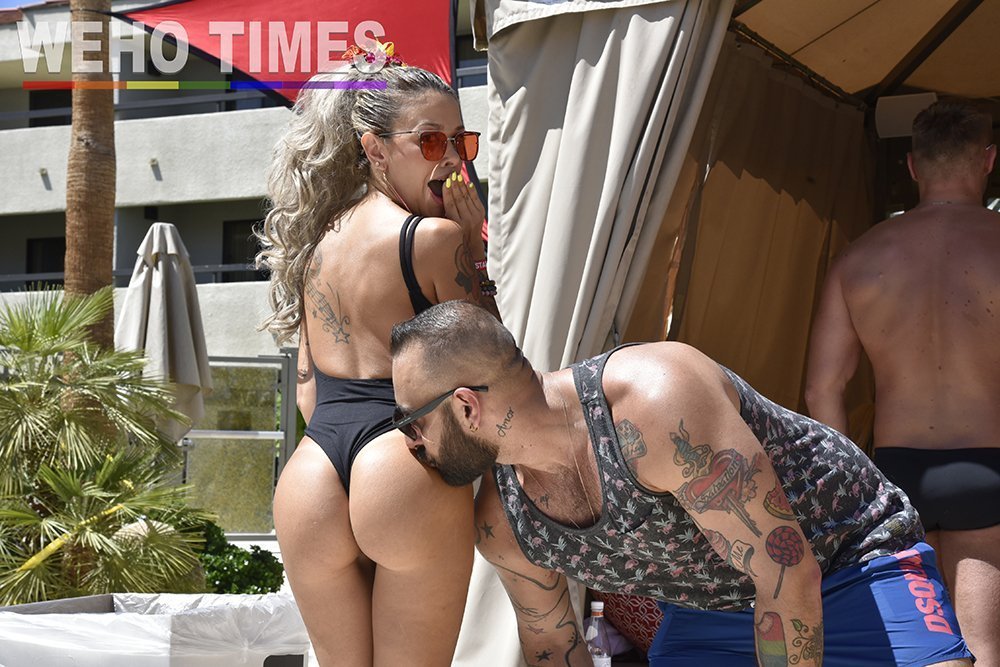 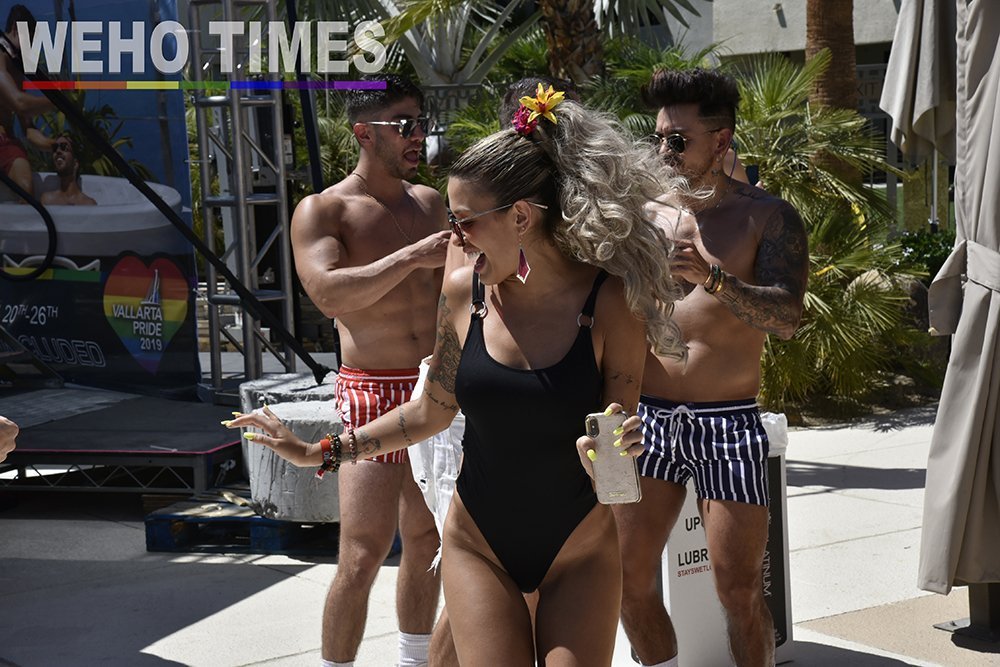 The crowd was also treated to special performance by actress, songwriter, dancer, model, and rising pop recording artist Ashlee Keating, who sang her pop hit Hurt Me So Good and she surprised the crowd with the debut a new song.

“I had no idea I’d be here 30 years later,” he told WEHO TIMES during a ribbon cutting ceremony this past on Thursday, April 26. “It was so much fun 30 years ago with 500 of my friends and now I have 25 thousand of my friends. The City of Palm Springs has changed so much, it’s amazing. It’s the most gay-friendly city in the entire world. It’s great to be here.”

Check out our photos from this year’s Muscle Pool Party for White Party Palm Springs. #wehotimes 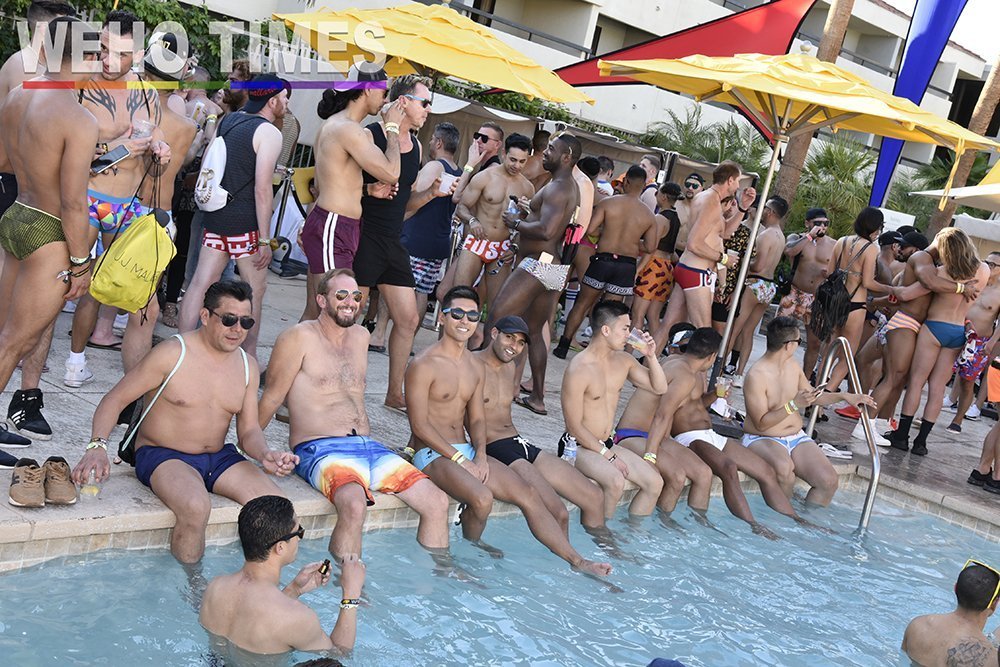