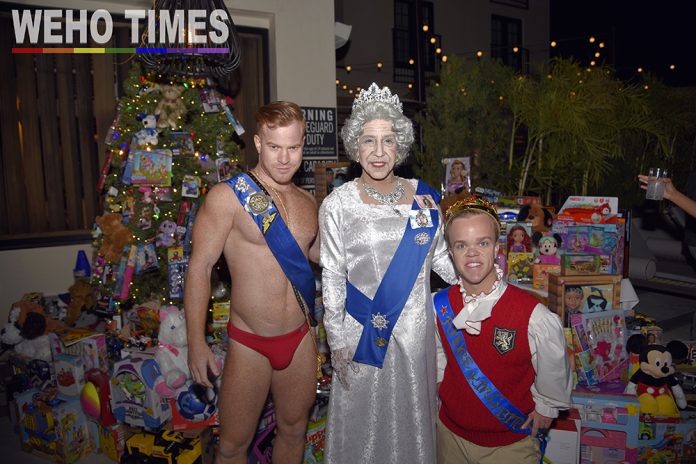 Were you seen at APLA’s TOY BOX PARTY this past on Sunday, November 25th? The 23rd Annual toy drive returned to the city of West Hollywood. The event took place its new location, at Kimpton La Peer Hotel in WeHo from 4pm-8pm.

Toy Box has provided tens of thousands of toys since its inception 23 years ago. The event was created by Curt Sharp, Alan Friel, and the late Dana Miller. They were inspired by a similar event that has been taking place in New York City for over three decades. 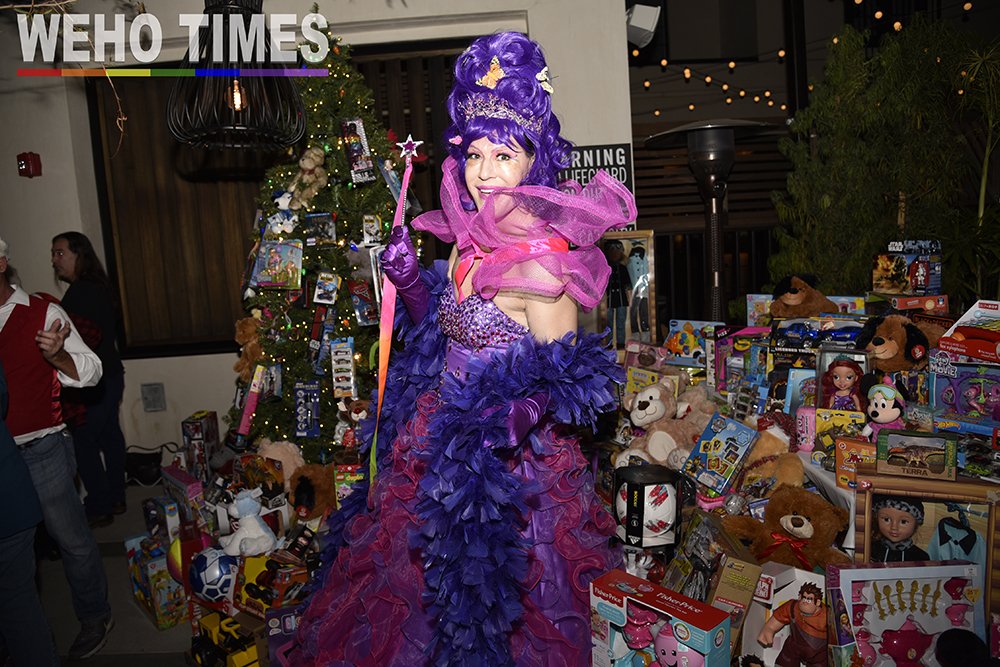 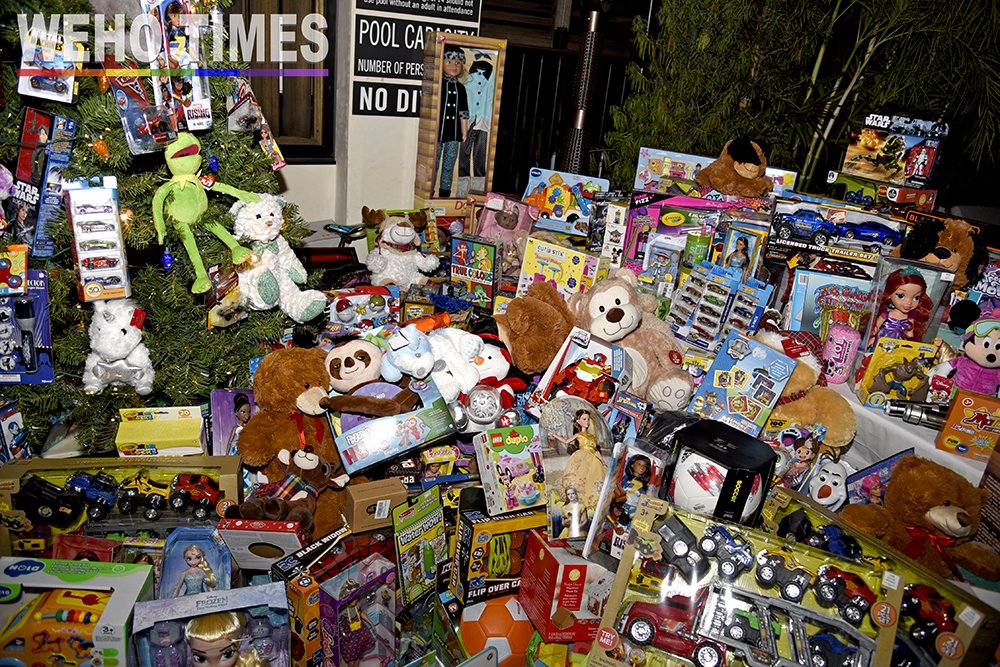 The concept of the toy drive is simple. Price of admission to the party is an unwrapped toy. In return, guest get a free cocktail, a free photo at a photo booth, and chance to gather with friends around a Christmas tree to kick off the holiday season. The toys get delivered for free by APLA Health to So Cal families affected by HIV/AIDS. Contact Ryan Black at kcalb11@gmail.com for details. Founded by Curt Sharp, Alan Friel & Dana Miller.

“I love this event,” said Alex Medina, Director of Communications at APLA Health. ” This is one of the greatest events. We’re collecting toys for kids of people living with HIV/AIDS who are clients of APLA Health, who may not be able to afford toys on their own. We are helping individuals support their families and give a little bit of Christmas spirit, which is the most important part. 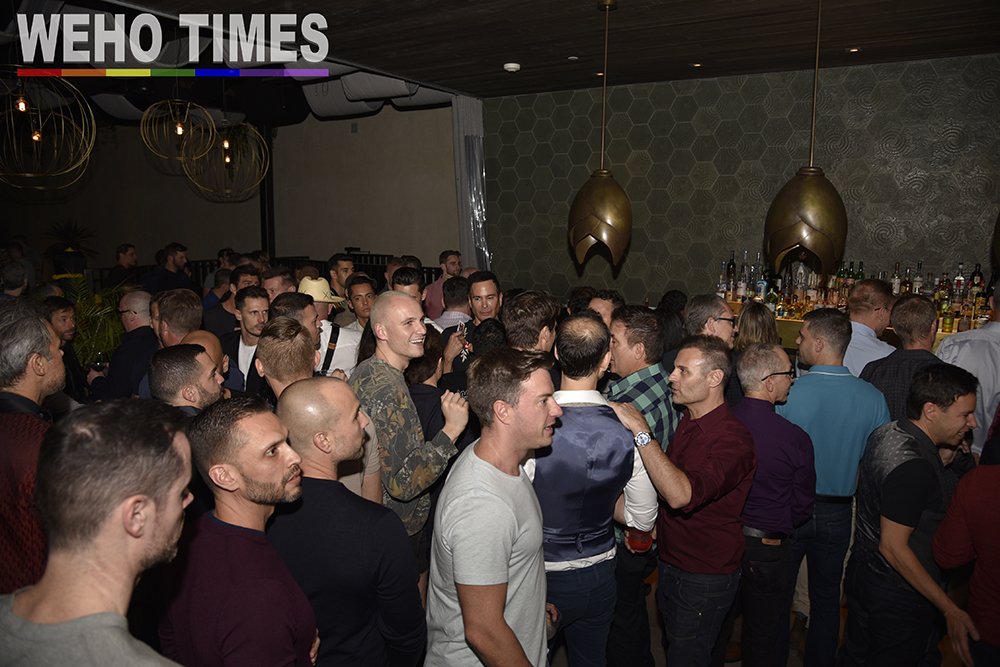 According to Medina, having the Toy Box party at La Peer was a Ryan Black decision. “[Black] is great at mixing it up and finding places that are unique and fun that can hold this many people and more importantly, hold these many toys.”

“I love the fact that it’s really basic,” added Craig Thompson, who has been volunteering at this event for about 16 to 17 years. “It’s so direct to be able to say, ‘I’m going to buy the toys and I’m going to be able to see the pictures later of the kids lining up to sit on Santa’s lap and getting a toy.’ We get people who give us financial support and we get people who give us toys. This is the time of year that it feels so good to give back to people who are less fortunate than you are.” 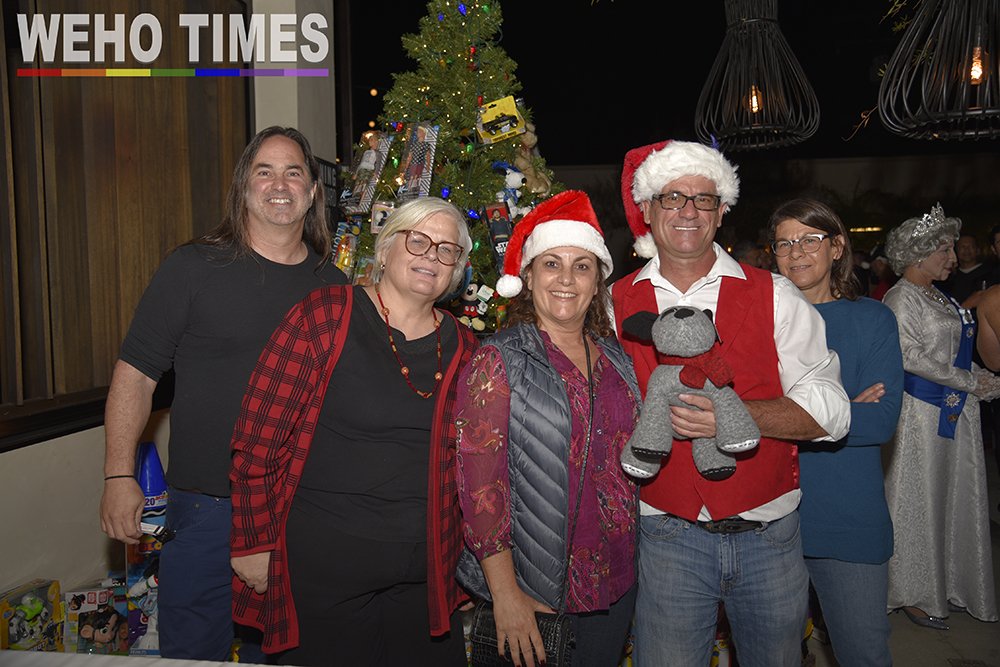 This year, the talented makeup artists Glen Alen gave guests the opportunity to sit with The Queen. Queen Elizabeth was joined by two barely dressed royals to bring some holiday cheer.