The Ralph Lauren of Leather, David Quirk McGrath, Dead at 57 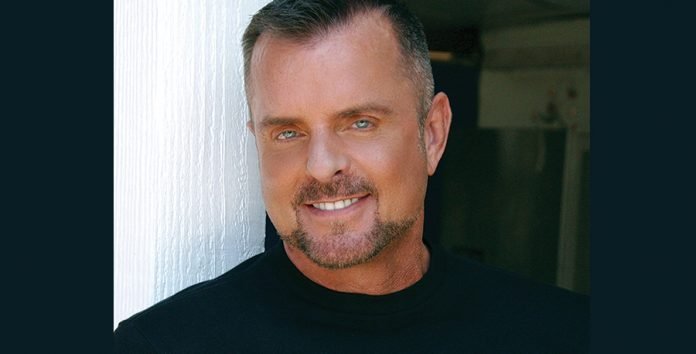 The LGBT community is mourning the recent loss of David Quirk McGrath who was president and founder of former leather goods company Twisted DNA 46XY. Sources say he was found dead in his apartment this past Wednesday. His time of death is not clear, but his last Facebook post was on Sunday, February 10, 2019.

McGrath was a West Hollywood resident for ten years, until he moved out of his WeHo penthouse last June. Known by some as the Ralph Lauren of Leather, McGrath was loved by many in the leather community, he had a lot of friends in the sober community and he was widely known in West Hollywood. His former company Twisted DNA 46XY, once offered high quality of full grain Italian leather goods that used edgy leather man elements such as armbands, harnesses and bandannas to accessorize throw pillows, duvet and apparel, mixing Tom of Finland elements with the Ralph Lauren Home Collection. His goods used to sell at 665 Leather store in West Hollywood.

Sources say that McGrath was feeling very sad during the one-year anniversary of the death of his husband Andrew J. Silver, MD, who passed away unexpectedly from cardiac arrest on February 8, 2018. They were together for 20 years and married for 14.

“On Friday February 8th at 4:21am it’ll be one year since Andy’s death,” he posted on his Facebook timeline on February 6. “I still miss him every day. Here I am with Jacqueline Cunningham and Roma Roma back in August leaving Andy’s ashes in his final resting place off of Diamond Head where I’ll one day join him. RIP Andy! #youremissed #eatpraylove #diamondhead #hawaii #honolulu #waikiki #dqm1961 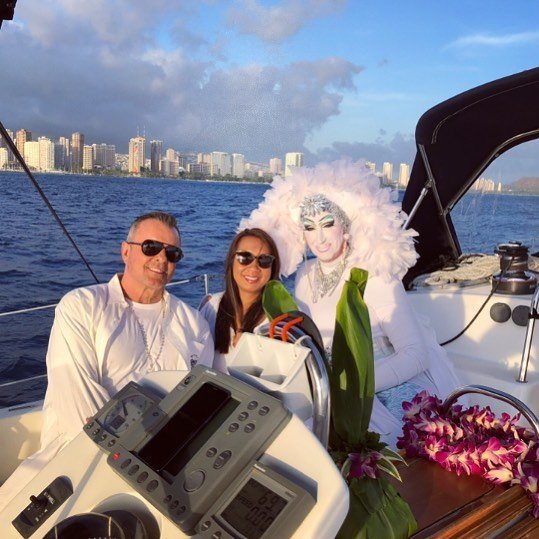 “Today is a very sad day for me,” his friend Michael Ergas posted on his Facebook page. “I just found out earlier today that my close friend David Quirk McGrath just passed away. I’ll never forget the day David approached me on Santa Monica Blvd 10 years ago to ask me about training for his husband Andy. That was the beginning of a great friendship; the workouts with David and Andy, TwistedDNA, the lunches and dinners, the trips, repeated game nights on Friday nights, his surgeries and hospital stays, etc etc etc. A great friendship and family was formed with him and Andy. I’ll never forget his generous heart and his love for the people around him. David did so much good when he was on this earth, however, it’s his time to move on and be in heaven with Andy. I know you two are together now which does make me happy because I know how much you missed him. I’ll always miss and love you buddy and I’ll never forget you. ❤️❤️❤️”

“David Quirk McGrath was a person who breezed into my life for a reason and for one season,” wrote Edward Oz on his own FB timeline. “We connected immediately on a spiritual & friendship level. I felt like we knew each other our whole lives. His kindness, generosity, humor, grandiosity and charm were unmeasurable. Goodbye David. I will always love you. Thank you for being a friend. Rest In Peace.”

“I knew David Quirk McGrath always had my back as I did his,” posted his close friend
Tex Batson. “He asked me to check his mail while he was gone on his trip and I was looking forward to seeing him when he got back and I reached out to him Friday on his partner Andy’s deaths anniversary to tell him I was thinking about him and I’m here if he needed me, he responded I’ll call you this weekend. Unlike David not to call when he says he will, so I figured he was getting everything settled after his trip. Today, I just happen to get on Facebook and I seen someone posted ‘you will be missed David.’ I was like no that can’t be, I’m just mad he didn’t even call me like he said. I know you are with Andy and your mom like you wanted to be but you took my best friend from me. Rest In Peace and I definitely have great memories. I’m numb and sad 😢 but I know he is where he wanted to be.”

Details of his death have not been confirmed, but sources close to him allege that he took his own life.