The Lights Will Dim in WeHo for Earth Hour 2019 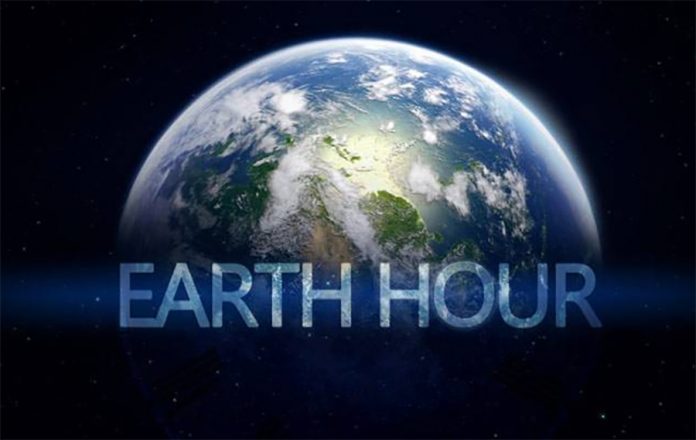 It’s the time of year when millions of people around the world join the Earth Hour 2019 movement and switch off their lights for one hour to demonstrate support for protecting our planet and stopping climate change. Earth Hour is a worldwide movement organized by the World Wildlife Fund (WWF), an international non-governmental organization founded in 1961. The annual recognition of Earth Hour 2019 comes at a critical moment in the fight against climate change.

For Earth Hour 2019, the City of West Hollywood will join with cities, universities, businesses, and landmarks across the country that have committed to turning off or dimming their lights for one hour on Saturday, March 30, 2019 in support of climate action.

Non-essential lights at West Hollywood City Hall will be turned off from 8:30 p.m. to 9:30 p.m. on Saturday, March 30, 2019 to help raise local awareness about climate change and the need for strong global action.

This year, the City of West Hollywood announced Clean Power Alliance as the City’s new electricity provider. As part of the City’s commitment to protecting the environment and building resiliency, the West Hollywood City Council selected 100% Green Power, which provides 100% renewable energy as the default option for the community. Customers will have the choice to opt-in at a different renewable energy percentage. Clean Power Alliance is a public agency made up of 31 local governments across Los Angeles and Ventura counties, including the City of West Hollywood, working together to bring clean, renewable power choices to communities across Southern California.

One of the City of West Hollywood’s core values is respect for the environment and the City has a strong record of developing and instituting progressive and forward-thinking environmental policies. In 2017, the City of West Hollywood joined with more than 1,000 cities and mayors from major metropolitan centers such as Boston, New York City, and Los Angeles to sign the U.S. Conference of Mayors’ Climate Protection Agreement. During the past year, more than 2,600 leaders across the nation, including state legislatures, municipalities, board rooms, faith organizations, and college campuses, have stepped up to declare that they are “still in” and remain committed to meeting climate goals set forth in the Paris climate agreement. In 2011, the City released its Climate Action Plan, which is designed to address climate change and reduce the community’s greenhouse gas emissions at the local level. Although climate change is a global problem, the City recognizes that many strategies to adapt to a changing climate are best enacted at the local level. The City’s Climate Action Plan outlines a series of actions that West Hollywood is taking to reduce its contributions to global climate change by reducing GHG emissions.

For further information about the City’s participation in the Clean Power Alliance, please visit www.weho.org/cleanpoweralliance.