THE SEEN! Gods Were Out for White Party Palm Springs 2019 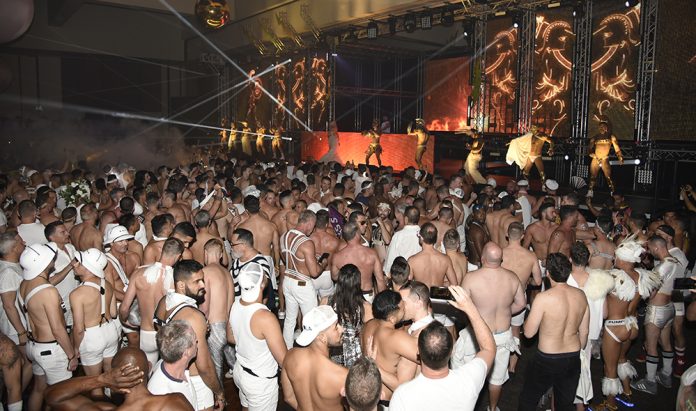 Our post coverage of White Party Palm Springs 2019 continues with the actual White Party on Saturday night at Convention Center in Palm Springs. The theme for Jeffrey Sanker’s 30-year celebration this year was House of Gods, giving attendees the opportunity to channel their godliness in various forms of white dress for this massive event that attracted around 30,000 men and some women from all over the world.

The theme could’ve been Roman Empire because there were a lot of guys dressed in Roman inspired costumes. Harnesses continue to make a comeback at this event. There were angels, unicorns and you had your anti-white party goers who decided to go dressed in black. There were also some otherworldly creations that can compete with some of the costumes one sees at the West Hollywood Halloween Carnival. 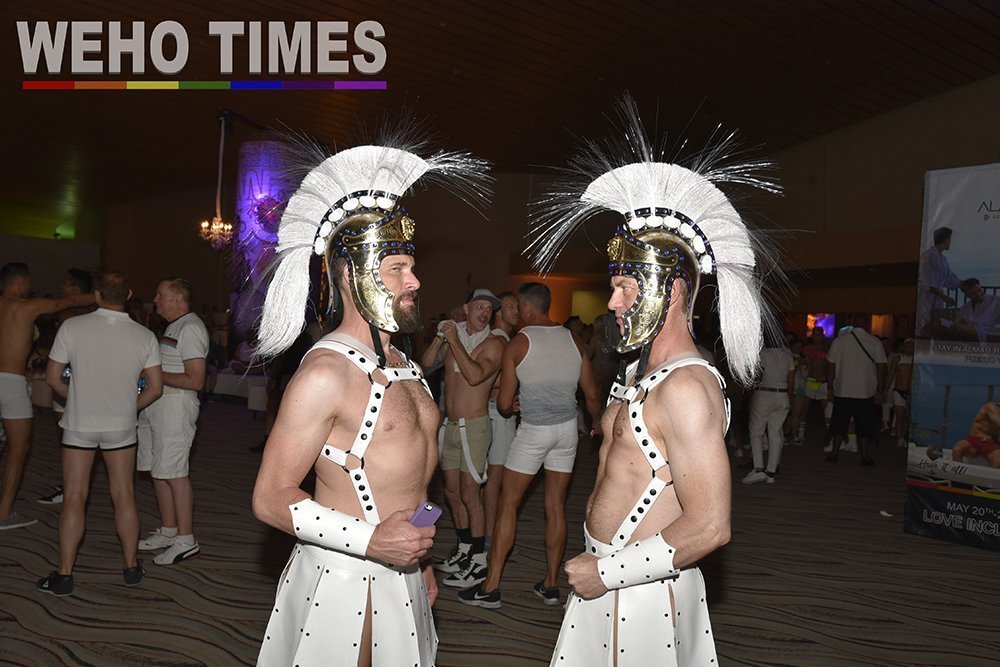 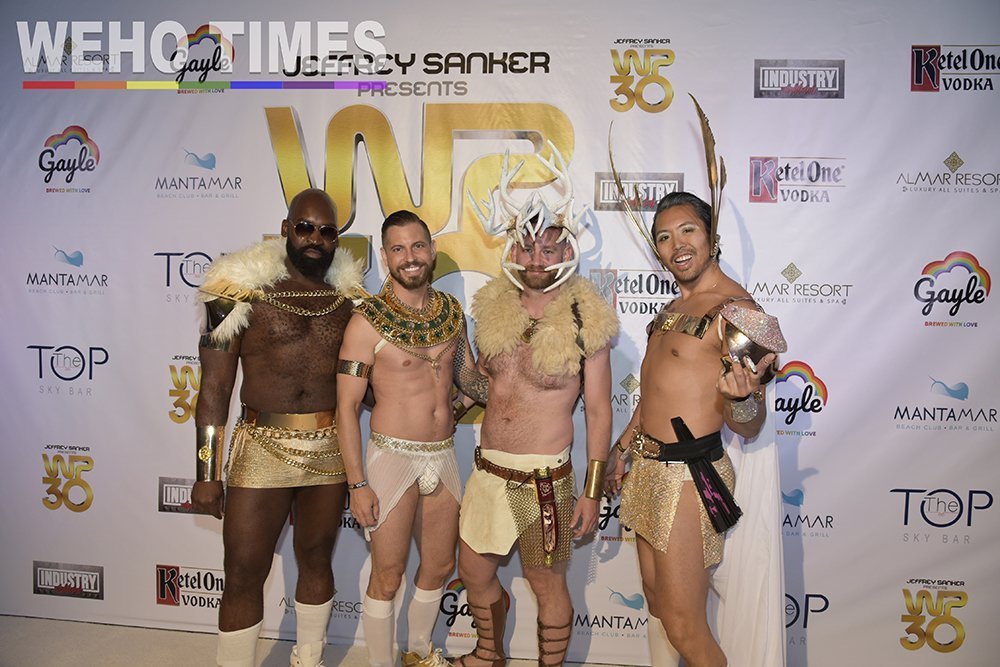 DJs Aron (ISRAEL), Nina Flowers (USA), and Dan Slater (AUSTRALIA) kept the momentum going throughout the night and people dancing. There was also special performance by singer Beth Anne Sacks who brought the house down with her incredible pipes.

White Party night has brought the likes of Lady Gaga, Jennifer Lopez and Ariana Grande to the stage. Jeffrey Sanker recently declared that Lady Gaga was a standout moment for him. “We had a contract for the White Party signed six months before and she had blown up and got an offer to do Saturday Night Live. Her manager called me, and I said, ‘She’s a friend and I’ll release her. I’m happy for her,’” he told Variety. “She decided not to do Saturday Night Live and did my party instead, just to support the community. It really said something amazing about who she is. And, of course, she was on SNL two months later with Madonna.”

There were rumors that Madonna might make an appearance for White Party at 30 years, but the closest the gays got to the Queen of Pop was when they were treated to the dance version of her latest single Medallin, which she co-sings with international sensation Maluma, from her upcoming album Madame X. 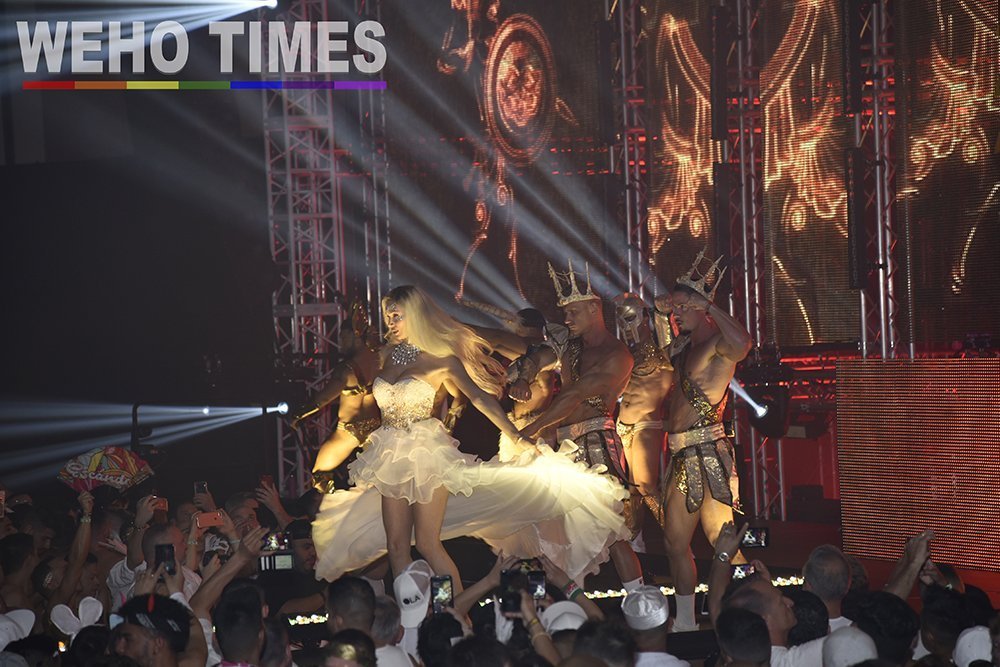 White Party Palm Springs 2019 is another one for the books. Check out our photos of the night by Paulo Murillo. #wehotimes