The Go-Go’s are back at Whisky a Go Go on The Sunset Strip as part of SiriusXM and Pandora’s Small Stage Series. The upcoming live performance on December 14, 2021, is only open to contest winners. However, the show will air Friday, December 17 on 1st Wave (Ch. 33) at 5 pm ET and on Andy Cohen’s Kiki Lounge (Ch. 312) at 6 pm ET.

The Go-Go’s are now Rock & Roll Hall of Fame inductees. They will deliver a spirited live performance of hits and new music where it all began on Sunset Boulevard. Rooted in music history as groundbreakers and pop phenomenon, the group was born out of the L.A. punk scene and became the first all-female band writing their own material and playing their own instruments to top the U.S. Billboard album chart with their multi-platinum debut, Beauty and the Beat. Featuring the hits “Our Lips Are Sealed” (named one of Rolling Stone‘s Top 100 Pop Singles) and “We Got The Beat,” the album stayed at No. 1 for six consecutive weeks and also earned them a GRAMMY Award nomination for Best New Artist. 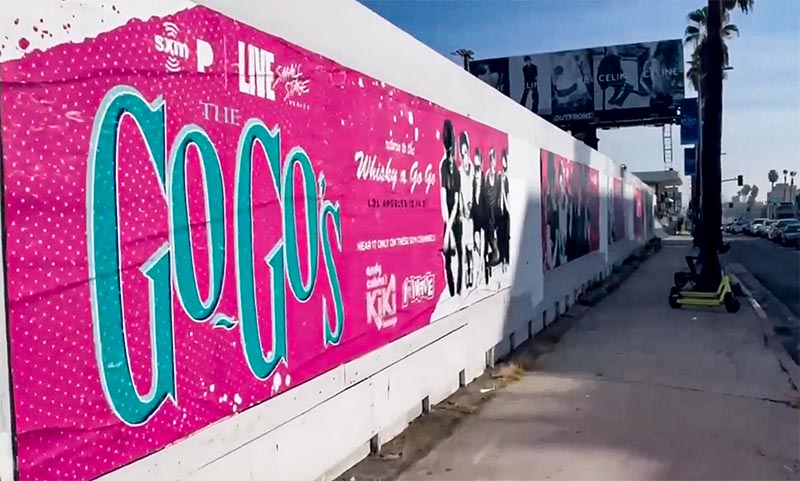 This concert — along with shows from Ed Sheeran and Old Dominion — will close out the 2021 Small Stage Series season, featuring performances with premier artists spanning music genres and styles, and comedy, held in small iconic venues.

Hometown band makes good. How I wish their show could be broadcast live on one of the giant electronic billboards on the Strip.