The City of West Hollywood: ‘We Stand with Ukraine’ 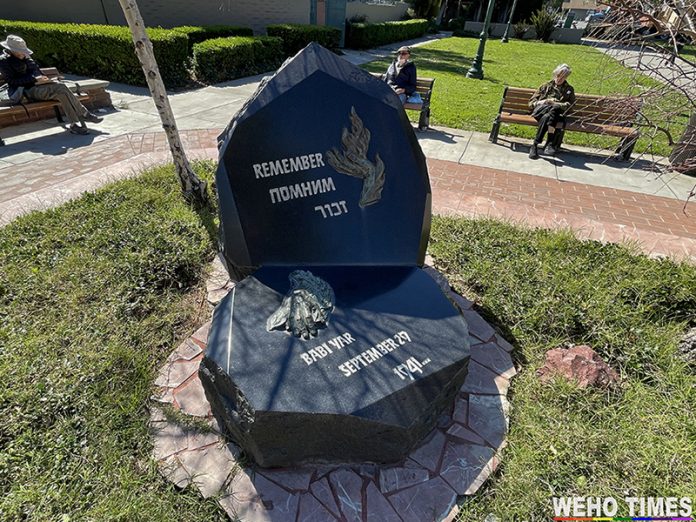 The City of West Hollywood released an official statement in support of Ukraine. “We Stand for Peace and We Stand with Ukraine”

The statement reads as follows:

“In the City of West Hollywood, our thoughts today turn to the people of Ukraine and to our community members of Ukrainian descent and from former Soviet republics, many of whom are deeply concerned about family and friends in the region. West Hollywood has a core value of respect and support for people and our city has a thriving community of residents with roots in countries that were former Soviet republics. We join with people and communities across the globe in calling for an immediate end to this aggression. There can be no justification for the human suffering that will result from the unprovoked attack of Russian military forces. War is never the answer. We stand for peace and we stand with Ukraine.”

The city hosted a virtual ceremony on September 30, 2021, acknowledging the 80th Anniversary of Babi Yar Massacre in which 30 years ago a Memorial Dedicated to the Victims of the massacres was unveiled in Plummer Park. There are a lot of Holocaust Survivors residing in West Hollywood whose families come from that area. Babi Yar is a large ravine on the northern edge of the city of Kiev in Ukraine, the site of a mass grave of victims, mostly Jews, killed by Nazis and their collaborators between 1941 and 1943. After the initial massacre of Jews, which numbered nearly 34,000 on September 29-30 in 1941, Babi Yar remained in use as an execution site for more Jews, Soviet prisoners of war and for Roma (Gypsies). Soviet accounts after the war speak of 150,000 dead. The true number may never be known. Babi Yar became the symbol of the first stage of killing during the Holocaust and of the massacres by the Einsatzgruppen (German: “deployment groups”)—the mobile killing units.

That’s nice. But they should use all their energy and focus on the issues plaguing our own little city. Enough with trying to get some national news spotlight.