The City Gets ‘An Update on Washington D.C. Politics’ with Panel Discussion 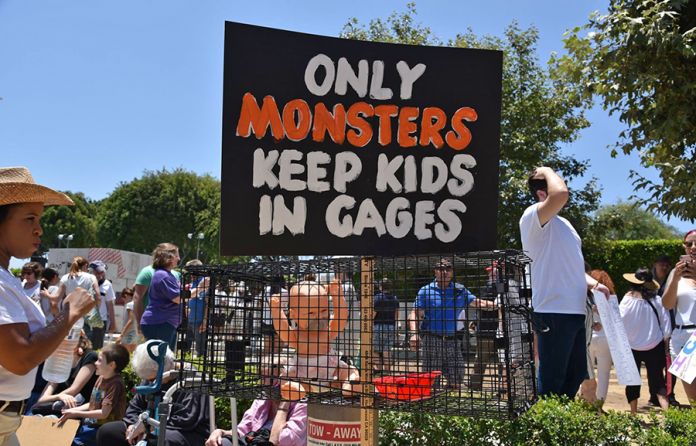 City of West Hollywood is hosting panel discussion, An Update on Washington D.C. Politics: the Mueller Investigation, Human Rights and Immigration, and the Future of Resistance. Panelists include: Attorney Michael Avenatti; Former Federal Prosecutor Steve Madison; and, from the Coalition for Human Immigrant Rights of Los Angeles, Mariana Magaña Gamero.

West Hollywood Mayor John J. Duran, will moderate the panel of experts. He will provide updates on the latest Washington D.C. political developments. An Update on Washington D.C. Politics: the Mueller Investigation, Human Rights and Immigration, and the Future of Resistance will feature Michael Avenatti, the attorney who filed a lawsuit against President Trump on behalf of Stephanie Clifford (also known as Stormy Daniels) and is providing legal counsel to asylum seeking detainees; Steve Madison, partner at Quinn Emanuel Trial Lawyers and a former federal prosecutor; and, Mariana Magaña Gamero, Regional Policy Advocate at Coalition for Human Immigrant Rights of Los Angeles (CHIRLA). The event is free and open to the public. RSVP is encouraged at: http://bit.ly/WeHoDC

“The Trump administration’s policies have signaled an attack on human rights and civil liberties,” said West Hollywood Mayor John J. Duran. “Many people have observed that the administration’s rhetoric is deteriorating our nation’s policy discourse and democratic institutions. In light of these challenges, it is more important than ever to stay informed about what is currently happening in Washington D.C. and examine what we can expect in the coming weeks and months.”

Topics of the panel discussion will include the Mueller investigation, the status of lawsuits currently pending against President Trump, the administration’s immigration policies and related human rights concerns, and the outlook for resistance as we look into the future.

On-site parking is extremely limited. Attendees are encouraged to take alternate modes of transportation, such as public transit or ride share services. The Center for Early Education is located at 563 N. Alfred Street in West Hollywood. Due to construction on campus, the interim main entrance to the school is located off of Alfred Street. Attendees can access the entrance from the pedestrian gate on Clinton Avenue or from Rosewood Avenue to the south.

The City of West Hollywood has continually supported state and federal legislation protecting and advancing the fundamental rights of its community members including LGBT people, people with disabilities, seniors, people of color, immigrants, women, and others. In December 2016, the City Council of the City of West Hollywood reaffirmed its commitment to its core values, which includes Respect and Support for People. West Hollywood is a safe space, regardless of nationality or immigration status, and the City has a commitment to promoting social justice and equal rights.

For more information, please contact the City of West Hollywood City Council Offices at (323) 848-6460 or alovano@weho.org.