The City Commemorates Transgender Day of Remembrance 2020 with Virtual Ceremony 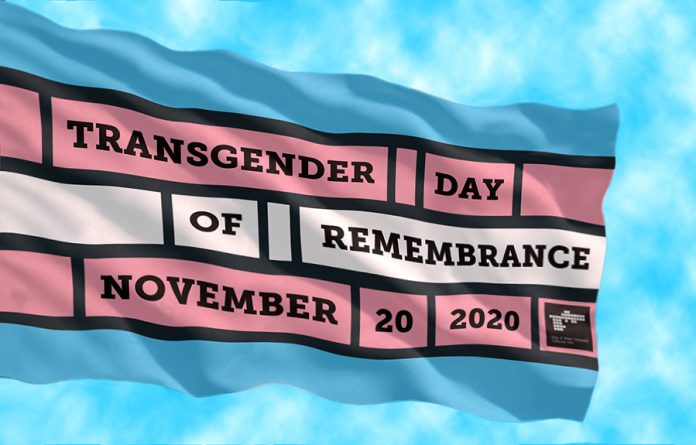 The City of West Hollywood is hosting a Virtual Remembrance Ceremony for Transgender Day of Remembrance 2020 on Friday, November 20, 2020, at 6 p.m.. The online event will feature speakers and a reading of names to memorialize people who have been murdered as a result of anti-transgender violence.

Community members will recite the name of at least one person and give brief biographical details of the person being memorialized. The reading is pre-recorded and will be part of a video presentation, which will be played during the virtual event. The City encourages community members to take part and to honor these lives and memories as well as to take the opportunity to reflect on the work that remains to be done.

The City of West Hollywood and its Transgender Advisory Board recognize November as Transgender Awareness Month with a series of events, which this year are being held virtually due to the COVID-19 pandemic.

The Human Rights Campaign (HRC) tracks annual statistics of violence against the people in the transgender community. In the latest statistics currently available, HRC has reported that in 2020 there have been at least 33 transgender or gender non-conforming people fatally shot or killed by other violent means in the United States. A disproportionately high number of victims are Black and Latinx transgender women. The 2020 report follows reports of 27 deaths in 2019; 26 deaths in 2018; 29 deaths in 2017; and 23 deaths in 2016. According to HRC: “it is clear that fatal violence disproportionately affects transgender women of color, and that the intersections of racism, sexism, homophobia, biphobia, transphobia and unchecked access to guns conspire to deprive them of employment, housing, healthcare, and other necessities, barriers that make them vulnerable.” This wave of violence has been declared an epidemic by the American Medical Association. Rates of actual violence or deaths may, in fact, be higher but anti-transgender violence can be difficult to accurately measure, as victims are sometimes misgendered in reports, which can delay awareness of deadly incidents.