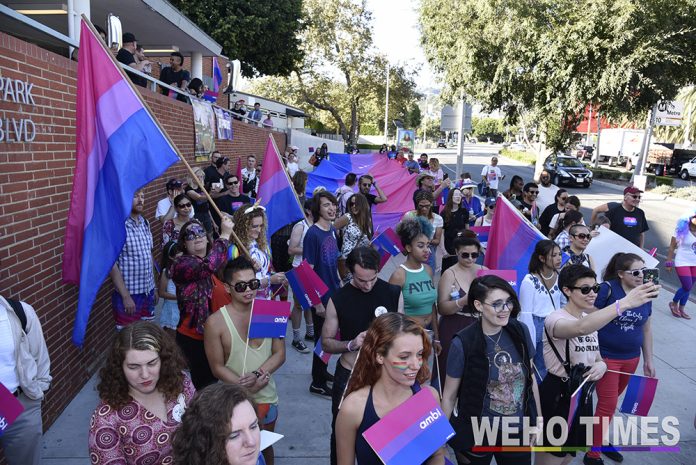 It was a magenta, blue, and purple affair at the West Hollywood Park auditorium this past weekend, in celebration of the 2nd Annual West Hollywood Bi Pride festival and march on Saturday, September 21. The City of West Hollywood joined the Human Rights Campaign LA, amBi bisexual social community, the Los Angeles LGBT Center, ACLU SoCal, Stonewall Democratic Club, and Still Bisexual for a full day of outreach, music, food, live performances, a glow party, and a bi-pride march up that went up and down Santa Monica Boulevard. 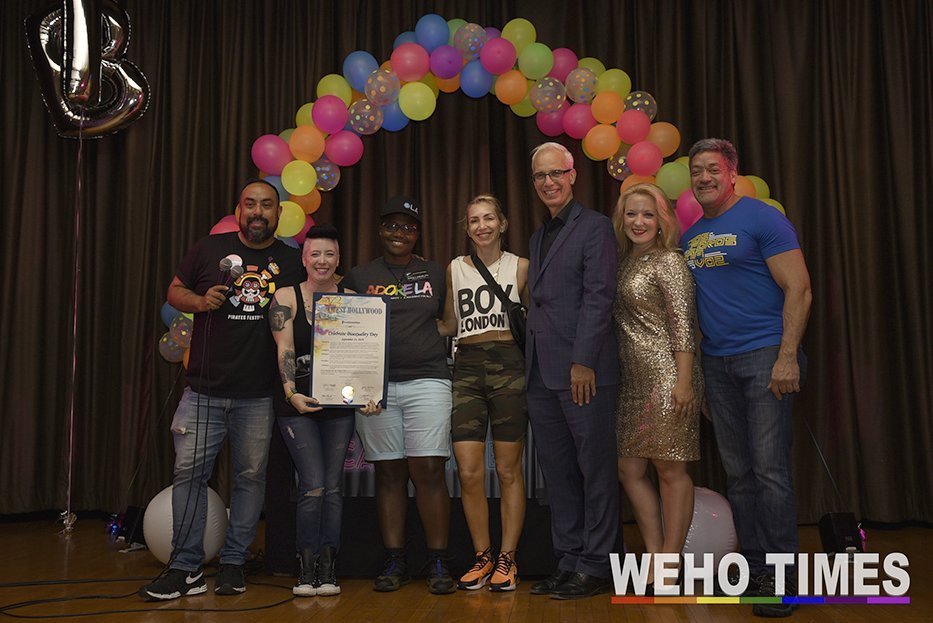 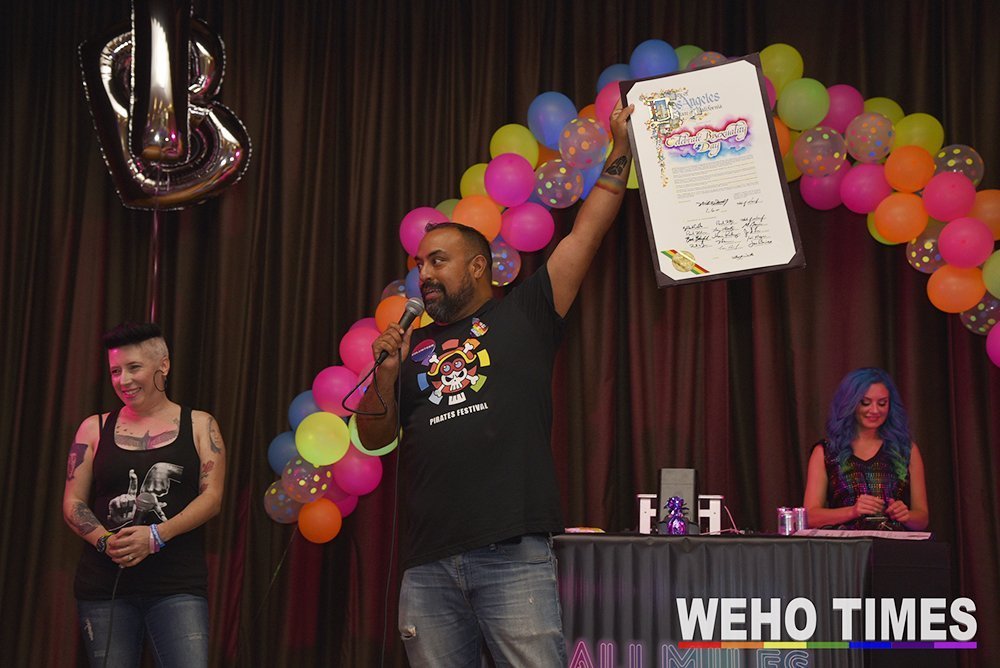 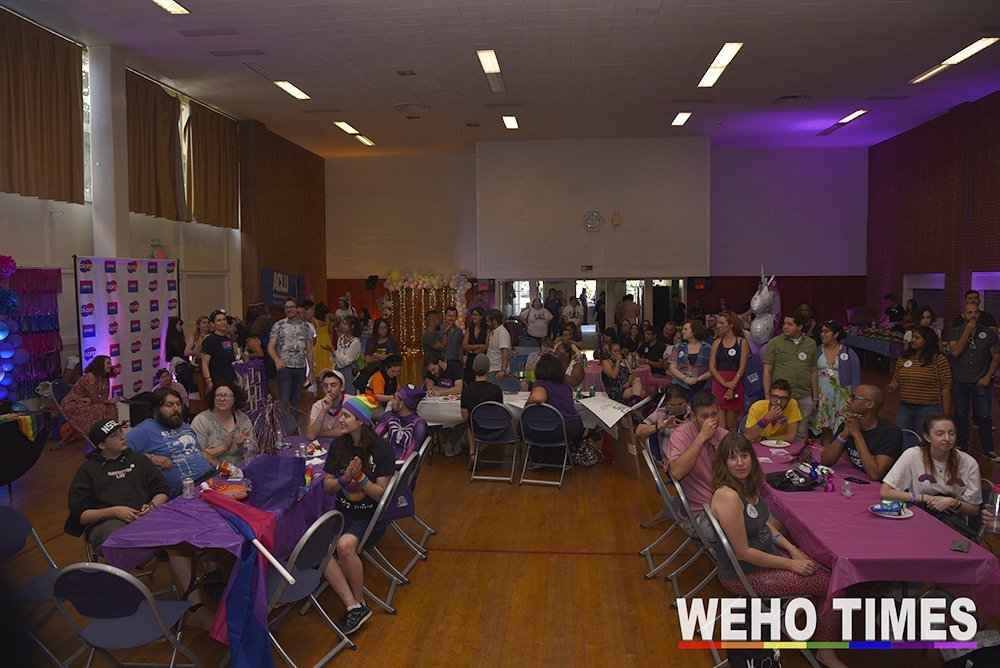 While other cities have issued proclamations or participated in activities surrounding Bisexual Visibility Day, the West Hollywood Bi Pride Celebration is believed to be the first city-sponsored bisexual pride event in the nation. This year’s attendance exceeded last year’s and will continue to grow with the support of The City Council and the WeHo community.

“I think bi pride is really important because bisexual people face stigma, both from inside the LGBT community and outside of it, so events like this help to break down the stigma,” LGBT activist and West Hollywood Bi Pride organizer, Alexis Sanchez told WEHO TIMES. “I think for the second year, we’re doing great. I hope it continues to grow every year and is a great part of our yearly programing in here in West Hollywood.” 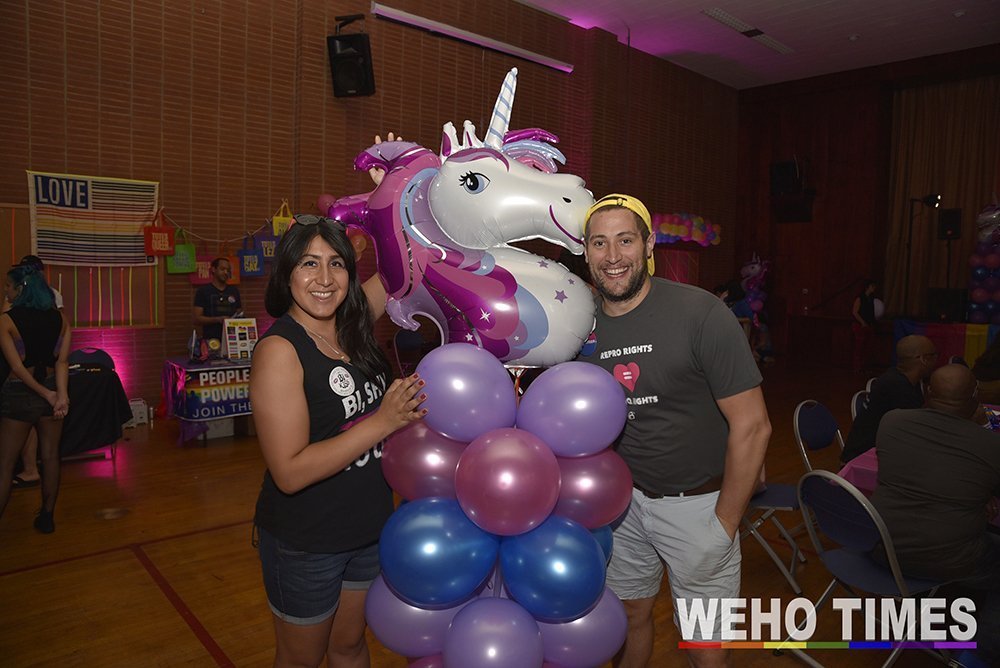 “This year we made sure that the community has a lot of the resources, that when people come to our bi pride, it’s really the only one in the nation supported by a city, that they can get to the local connection, to the city, to the county, to people who will fight for their rights, that they can come here, not only to see their community, but they can go outside of these doors and be part of the community for the rest of the year,” Bi Pride organizer John Erickson, added. “Bi Pride has grown, and this year has been such an amazing experience. People are loving it. People were lined outside the door before we were even open. People are excited. They came here last year and their back again this year and they brought their friends. That’s what it’s all about, community and networking and putting the people that matter the most first and making sure that there is support 24/7. We’re just so thankful to anyone who donated, who showed up to be here on a Saturday, and all the people who dedicated so much time, we couldn’t do it without them.” 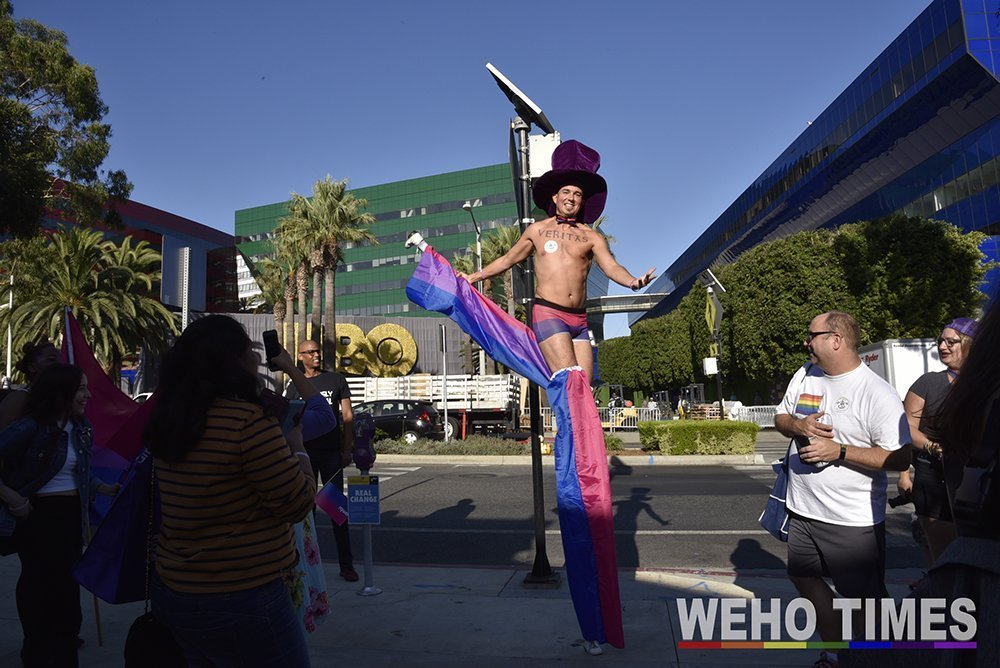 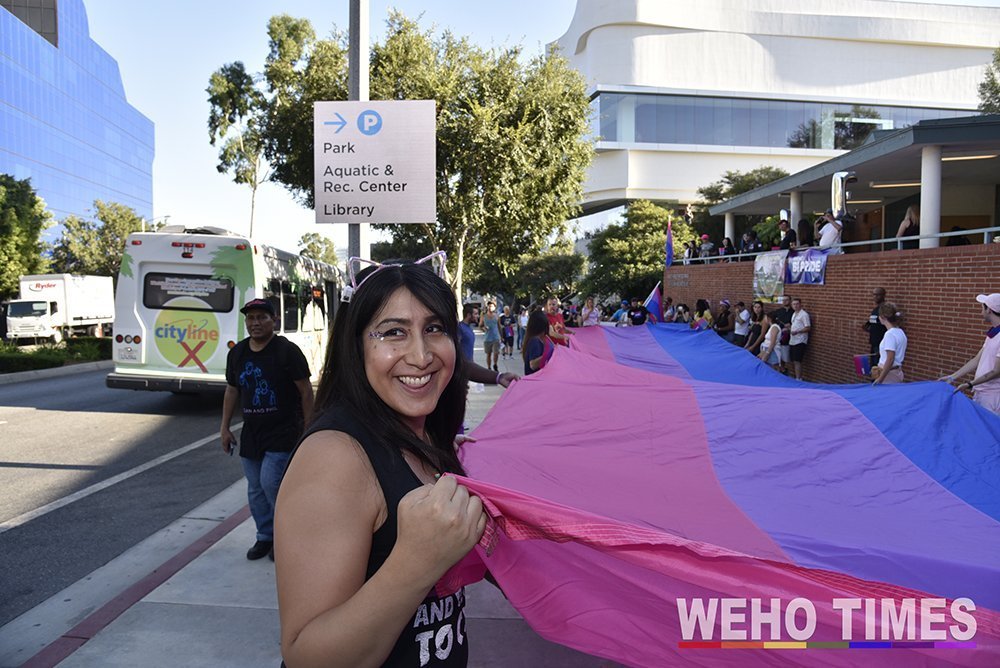 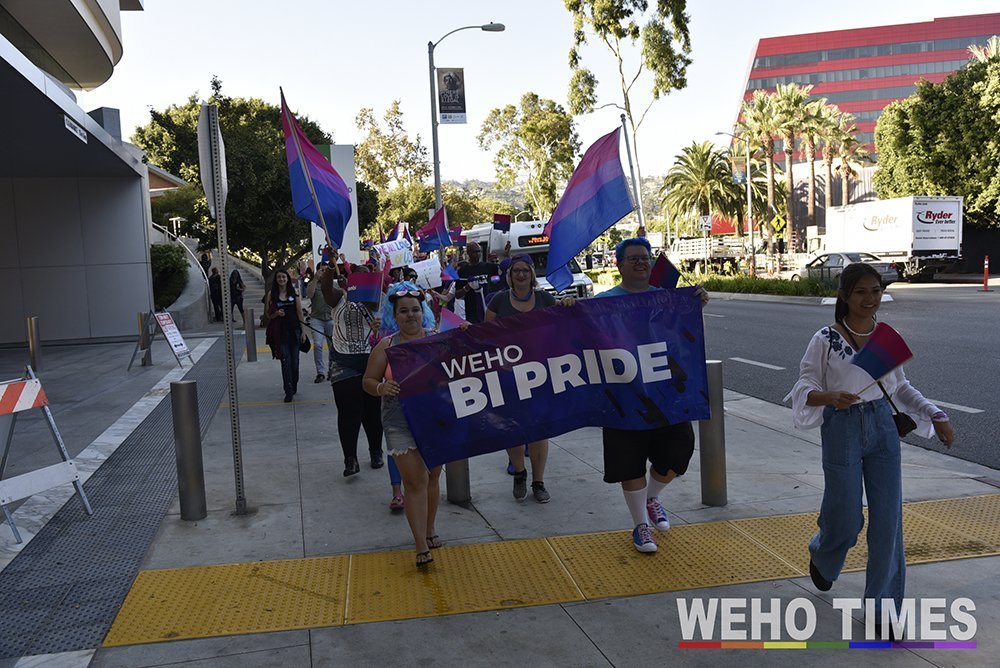 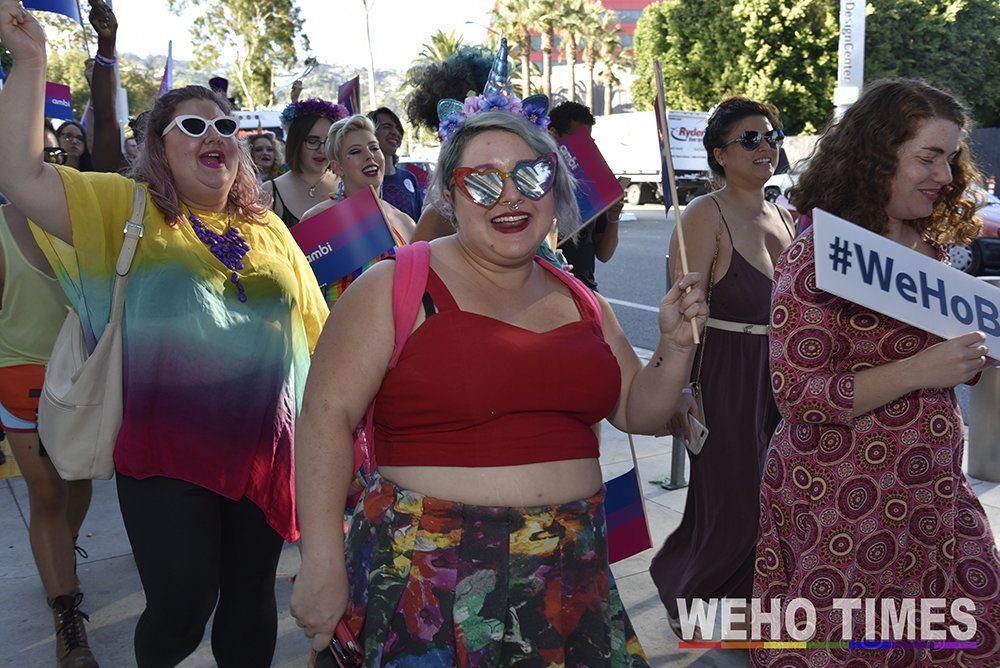 The 2nd Annual West Hollywood Bi Pride March began at the West Hollywood Auditorium. It went south on San Vicente Blvd, turned west on Melrose Avenue, north on Robertson Boulevard, east on Santa Monica Boulevard to La Cienega Boulevard and back to the West Hollywood auditorium to continue the festivities. Marchers held a giant bi pride flag and chanted past honking cars and those passing by on the street. 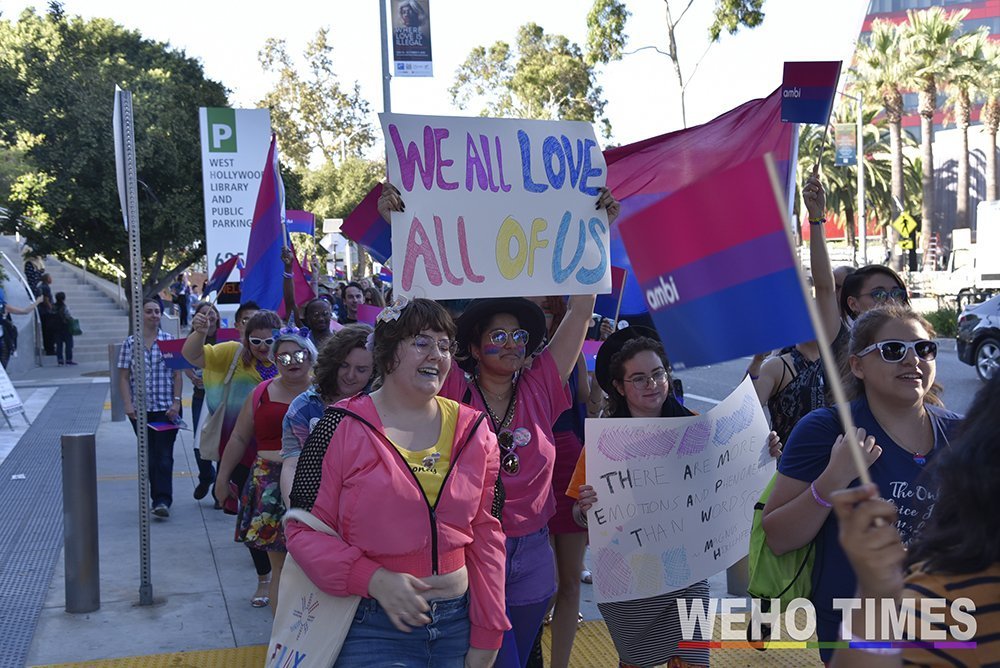