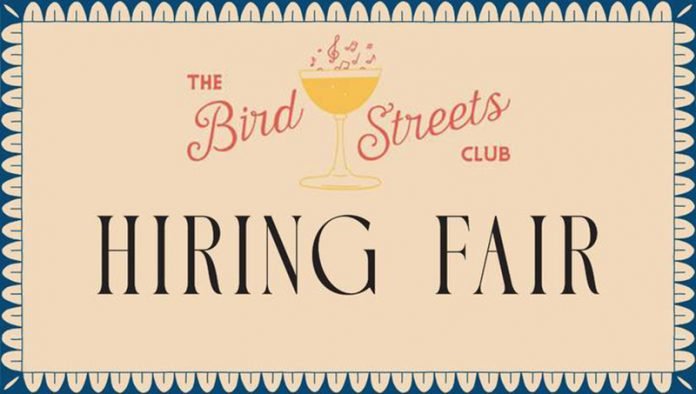 The Bird Streets Club is coming soon to the city of West Hollywood on the Sunset Strip at 9141 Sunset Boulevard. The private members only club is currently hiring and is hosting a job fair on Tuesday, July 26th and on Wednesday, July 27th from 11 a.m. – 3 p.m.. at 755 N La Cienega Boulevard.

A Craiglist posting lists several positions that are currently open:

Shifts currently open are for lunch and dinner during the week.

Walk-ins are welcome. Make sure to bring a copy of your resume! To schedule an appointment, contact: hiring@birdstreetsclub.com.

The Bird Streets Club is being developed by H.Wood Group, a lifestyle and hospitality marketing firm behind known establishments like Bootsy Bellows, The Nice Guy and Delilah.

The club appears to have gotten its name from Bird Street, a secluded residential neighborhood in West Hollywood above the Sunset Strip, known for being an ultra-luxurious, ultra-private Los Angeles enclave. Bird Streets is home to a long list of celebrities over the years including Larry Flint, Leonardo DiCaprio, Jerry Seinfeld, Jodie Foster, Matthew Perry, Herbie Hancock, Christina Aguilera, Keanu Reeves and many more.

Dr. Dre used to own the home at 9161 Oriole Drive, and sold it for a $32 million in 2015. Jennifer Aniston and former fiancé Justin Theroux used to rent a property in the Bird Streets for $17,000 a month.

Ariana Grande sold her Bird Streets home for $14 million, but the most well-known resident of this famous neighborhood is the late Beatles guitarist George Harrison.

The Bird Streets Club does not have an opening date yet. The job fair this week suggests the private club is opening soon.