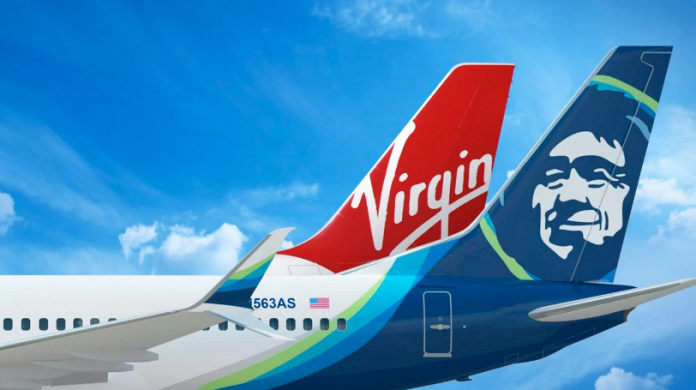 Alaska Airlines apologized for what they are saying was an overbooking situation when the Abbey Restaurant and Bar founder David Cooley and his partner, were removed from their first class seats to accommodate a straight couple.

“We mistakenly booked two people in one seat. We are deeply sorry for the situation, and are investigating the details,” the airline stated in a press release. “This unfortunate incident was caused by a seating error, compounded by a full flight and a crew seeking an on-time departure and nothing more than that. It’s our policy to keep all families seated together whenever possible; that didn’t happen here and we are deeply sorry for the situation. We’ve reached out to Mr. Cooley to offer our sincere apologies for what happened and we are seeking to make it right.”

The airline added that it has a zero-tolerance policy for discrimination of any kind and that the gate agents involved in the incident did not realize the men were a couple. “Diversity and inclusion are part of the fabric of Alaska Airlines. We are an airline for everyone and reflect these values through our work with dozens of nonprofit LGBTQ organizations, Pride Parades along the West Coast and a perfect score in the HRC’s Equality Index. We’ll keep building on this commitment, with our employee-led LGBTQ business resource group.”

“I have never been so discriminated against while traveling before. I was removed from an Alaska Airlines flight # 1407 from John F. Kennedy International Airport to LAX to give preferential treatment to a straight couple. After my traveling companion and I had been seated in our assigned seats for a while, we were approached by the flight attendant and my companion was asked to move from his premium seat to coach, so a couple could sit together. I explained that we were a couple and wanted to sit together. He was given a choice to either give up the premium seat and move to coach or get off the plane. We could not bear the feeling of humiliation for an entire cross-country flight and left the plane.

I cannot believe that an airline in this day and age would give a straight couple preferential treatment over a gay couple and go so far as to ask us to leave. We will never be flying Alaska Airlines or their recently purchased Virgin Airlines Group ever again. Thank you to Delta Air Lines for getting us home safe. If you are an #LGBT person, please spend your travel dollars with an LGBT friendly airline like Delta.”

However, Cooley changed his tune a day after his story made national news. He went back to his Facebook page today to acknowledge Alaska’s apology.

“Thank you to everyone for all the support,” he posted. “Alaska Airlines has reached out, apologized, and we are discussing making things right. I accept Alaska Airlines apology and appreciate it addressing the situation.”

Alaska Airlines received a perfect score of 100 percent on the 2017 Corporate Equality Index, a national benchmarking survey and report on corporate policies and practices related to Lesbian, Gay, Bisexual and Transgender workplace equality, administered by the Human Rights Campaign Foundation. It is the third year in a row that the airline received a perfect score.

The 2017 index rated 1,043 businesses in the report, which evaluates LGBT-related policies and practices including non-discrimination workplace protections, domestic partner benefits, transgender-inclusive health care benefits, competency programs, and public engagement with the LGBT community. Of those, 517 received a 100 percent positive score.

Learn more about the HRC and the Corporate Equality Index at hrc.org.