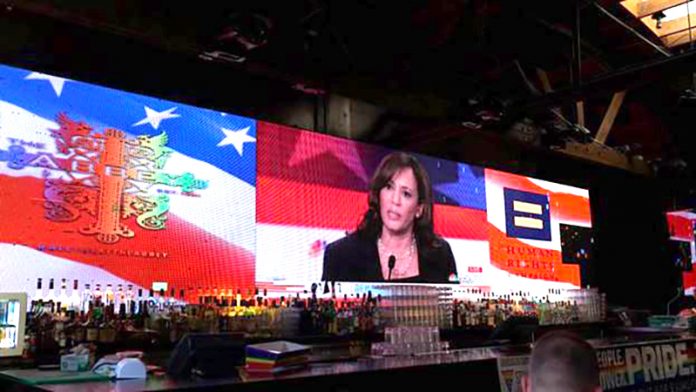 The next Democratic Presidential debate will be for one-night only. It will be held in Houston on Sept. 12, from 8 to 11 p.m. Eastern time, and will be broadcast on ABC and Univision. Moderators will be George Stephanopoulos, David Muir, Linsey Davis and Jorge Ramos.

Candidates had to meet the Democratic National Committee’s (DNC) requirements where Presidential hopefuls had to amass 130,000 individual donors and receive two percent support in at least four qualifying polls. Only 10 candidates met the DNC’s requirements for this debate.

The qualifying DNC candidates for this up coming debate are as follows:

CNN and LGBT advocacy group the Human Rights Campaign announced that they are partnering to host a town hall where Presidential hopefuls will focus on LGBT issues in October. The LGBT town hall is slated to take place in Los Angeles.

With 4 bars, a patio, indoor seating, tv’s, and a larger than life LED Wall, The Abbey was a popular town hall-cocktail watering hole for political audiences from all communities at the previous Democratic Presidential debate, which took place on this past June. For those who are unable to attend, The Abbey will live-stream the viewing party via social media.