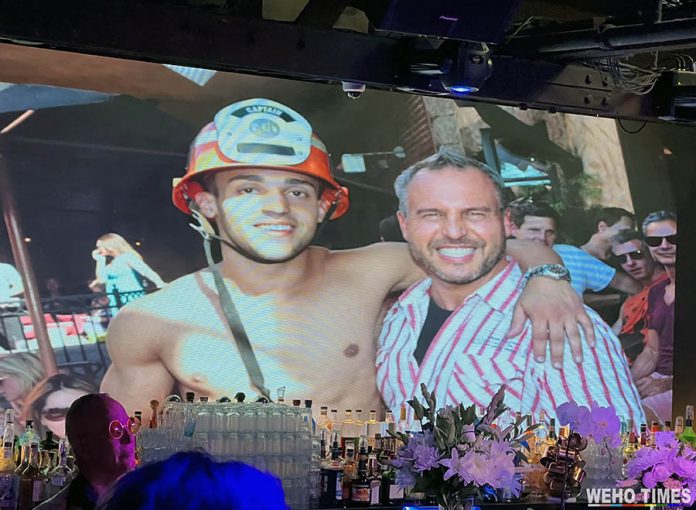 David Cooley, the founder and owner of The Abbey Food & Bar, along with his entire staff, invited the West Hollywood community for a celebration of life in remembrance of assistant general manager Victor Tomasino who lost his battle to colon cancer on August 3, 2022. The event took place at the Abbey on Thursday, August 11th. West Hollywood city officials like Mayor Lauren Meister, members from Los Angeles County Fire Department, members from local press and West Hollywood Sheriff, Captain Bill Moulder, other Sheriff Deputies, joined the memorial celebration. 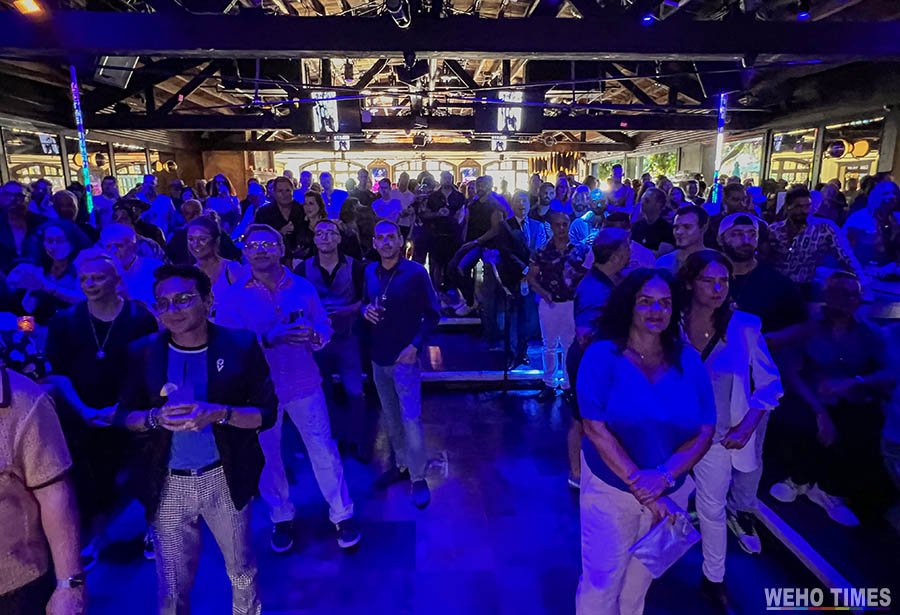 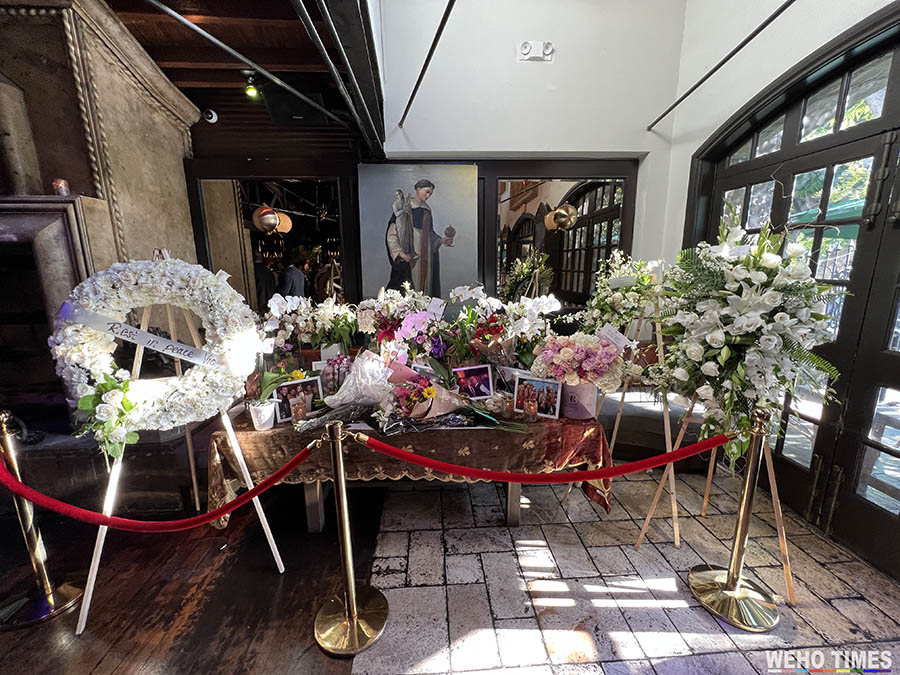 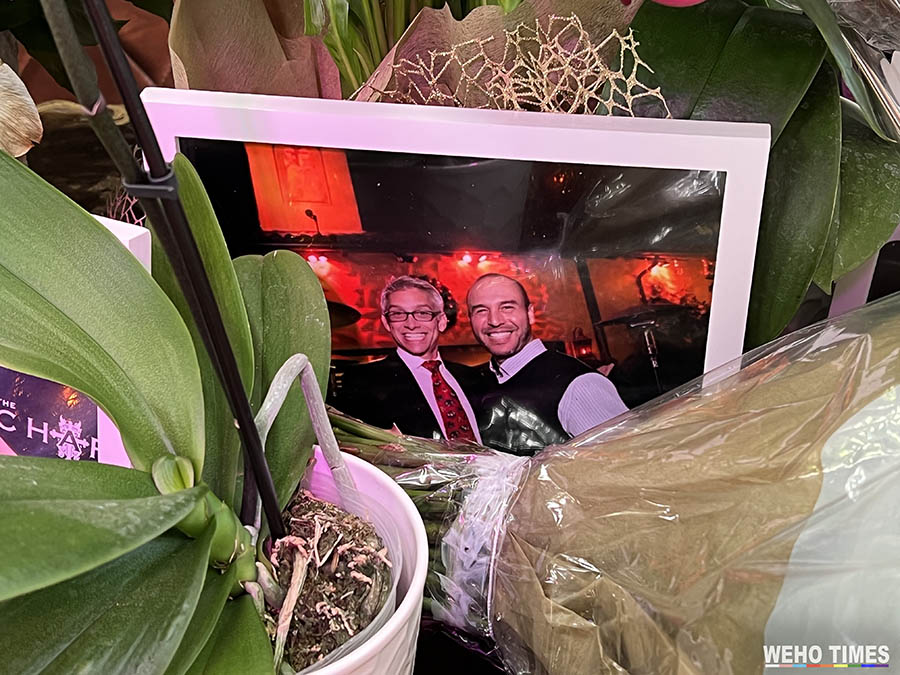 “Today, we lost Victor Tomasino after a long battle with Cancer,” read an announcement of his passing on The Abbey’s social media platforms. “Victor has been part of The Abbey family for almost 20 years, and we will miss him every day. We love you and we are proud of you. #AbbeyFam #FuckCancer #WeLoveYouVictor.”

David Cooley spoke of Tomasino’s 20 years as part of the Abbey family, from when he started as a security guard, to his rise as assistant general manager. Cooley acknowledged his compassion, his advice, and how he was always there for a hug. “He loved coming to work and he worked from home to his very last couple of days,” said Cooley. “He wanted to make sure payroll was called in and that we weren’t spending too much money on overtime. Vic had the determination of making sure everyone who come through [The Abbey] always had the value, that everyone was welcome, and come as you are. He made sure everyone was treated like VIP.” 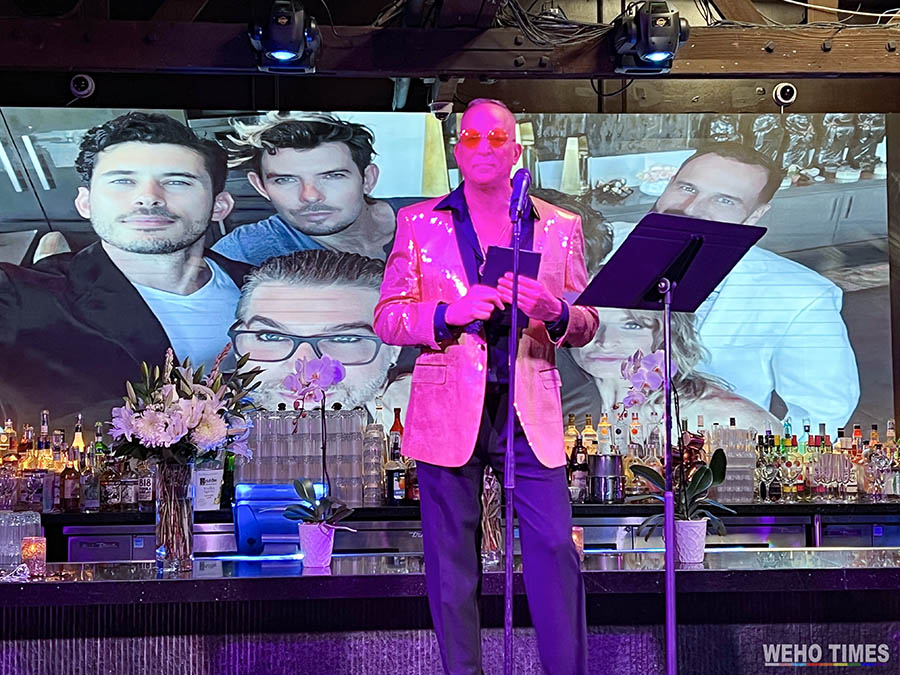 Tod Barnes, the general manager, called Tomasino his righthand man, his spiritual counselor and his friend. He viewed him as a partner very similar to Batman and Robin. “We were good cop and bad cop,” he said. “But I think he always liked to typecast, because he always got to be the good cop.” 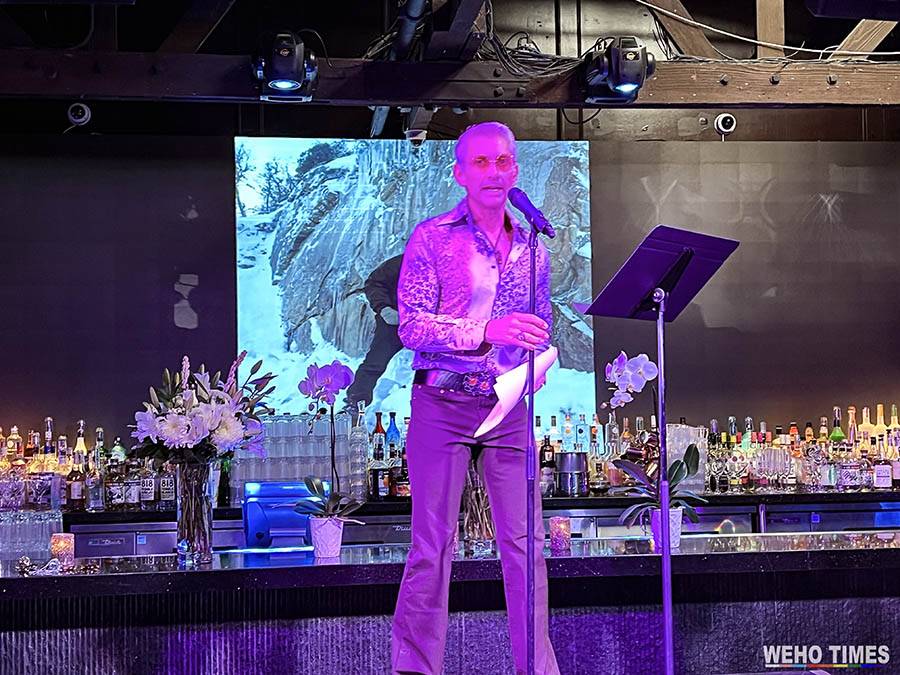 Hairstylist & Colorist, Chaz Dean, the creator of WEN Hair & Body Care put out a billboard on the north east corner of Santa Monica and Robertson Boulevards acknowledging the loss.

In Loving Memory of Victor,
Your heart, spirit, light & love will be with us always. You will continue to be the heartbeat of The Abbey, a truly one-of-a-kind caring, loving soul & even though
you are no longer with us, we feel you all around. If you were lucky enough to have known Victor, you knew love. Rest well, dear friend. We love you.
– Chaz, Team WEN, The Abbey & all who had the pleasure of knowing.

The event was billed as a celebration of life, with a Disco theme. Attendees were encouraged to dress up in 70s garb.

The turnout was pretty amazing. Makes you think about what you’re doing with your life and how many people you touch who will show up to a celebration of life. The billboard by Wen was a very nice touch. That could not have been cheap to pull at such short notice. The Wen samples at the exit was kind tacky however. Vic would have had some thoughts about that.Thank you for showing up and cover this event. You were literally the only local newspaper who gave this any ink.

Anybody who can keep the Abbey upright,keep the bartenders (including EJ) on track and deal with all the nonsense and various day-to-day issues has my vote.I didn’t know him personally,but I would see him from time to time checking things out.Condolences to his family and staff at the Abbey.May he RIP.

Awwww Victor was very sweet indeed. Rest In Peace dear man. As for Cooley, why is he dressed like a cross between Liberace, Elton John and a Circus Klown??? Yuck