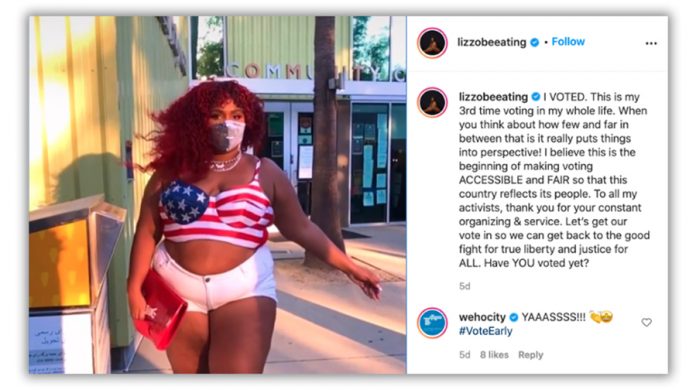 Singer, rapper, and songwriter Lizzo, got out the Vote at West Hollywood’s Plummer Park days before the November 3rd Election. The Truth Hurts singer shared a video on her Instagram account on October 28th, where she urges her fans to vote. She flipped her red hair in a red-white-and-blue bralette, white cutoff denim shorts, glittery Jimmy Choo x Timberland boots and a silver mask. The video shows her fishing her ballot out of her red clutch and inserting it into the official Ballot Box located at the Plummer Park Community Center, at 7377 Santa Monica Boulevard. 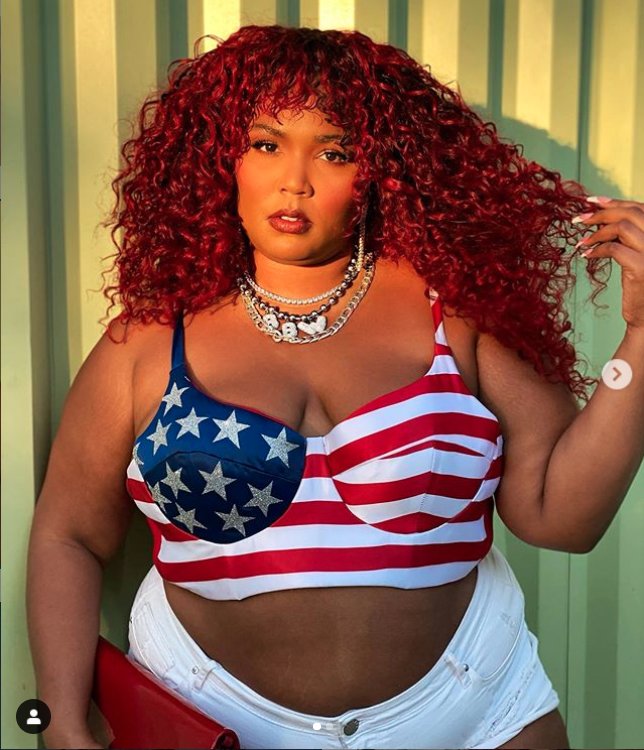 “I VOTED,” she posted on her Instagram account, which has 9.4 million followers. “This is my 3rd time voting in my whole life. When you think about how few and far in between that is it really puts things into perspective! I believe this is the beginning of making voting ACCESSIBLE and FAIR so that this country reflects its people. To all my activists, thank you for your constant organizing & service. Let’s get our vote in so we can get back to the good fight for true liberty and justice for ALL. Have YOU voted yet?”

Lizzo followed-up her post with an eye-snatching image of herself half dressed in an American inspired half-pantsuit, half-nude outfit on Election Day. 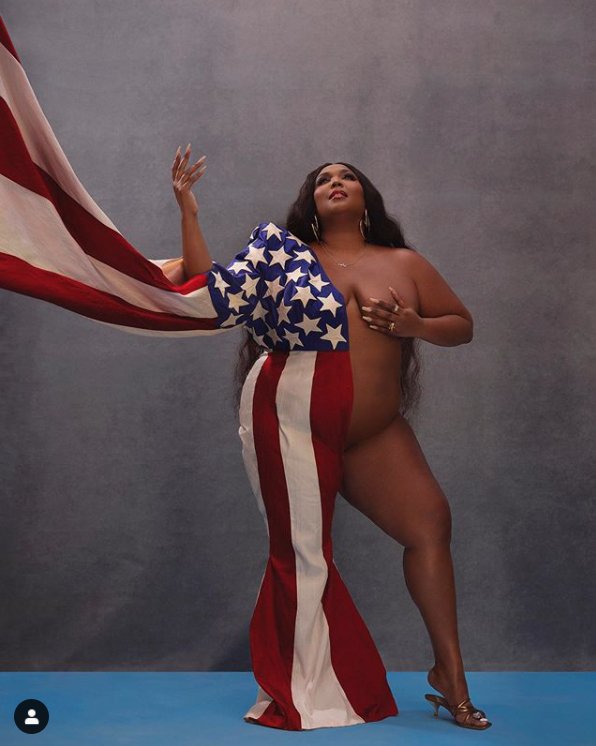 “When I think of this country I don’t think of its laws I think of its people,” reads her most recent Instagram post.
“I think about how we were raised to be patriotic of violence, propaganda & war.
I think about how this country is owned by the oppressor and how the oppressed are locked in a valley of capitalism.
But I also think of the young people who refuse to be spoon fed mistruths. I think of the elders who bucked against hateful prejudices even when it felt impossible….
Because of you, I’m still hopeful.
I believe in a country that teaches the true history so we can better understand where we live and how we can do better.
I believe in a country that listens to the cries of the protester and doesn’t politicize death.
I believe in restoration of this beautiful land and respecting the communities of people who owned America before colonizers renamed it.
I believe in fairness, equality, a complete removal of religion in places where it does not belong. Let religion live in the churches and places of worship… the quiet prayer rooms, the joyful congregations.. and out of Congress.
I believe in so much, and if I believe it one day I can see it. It may not be tomorrow it may not be today, but it will be one day if we stay activated.
We the people, ALL the people, deserve it.
Today’s the last day to vote. Stay in line, stay determined and thank YOU for voting.”

There are three Vote Centers in the City of West Hollywood:

The City of West Hollywood provides two free options for residents who need transportation assistance to vote in person at a Vote Center. Cityline makes regular stops at or within a few blocks of all three locations. For a route and schedule, visit www.weho.org/cityline. Dial-a-Ride is available between 7:30 a.m. and 5:30 p.m. Monday through Friday by reservation. Reservations must be made 24 hours before the date/time a ride is needed. For advance reservations, call toll-free (800) 447-2189.

In addition to in-person voting at Vote Centers for the November 3, 2020 General Municipal Election, the City of West Hollywood has worked with LA County to establish three Ballot Drop Box locations in West Hollywood. These Ballot Drop Boxes are bright yellow and clearly marked. They feature safety and security features, such as 24-hour electronic monitoring. Locations are as follows:

The City of West Hollywood encourages every eligible voter to have a vote plan with the following tips:

A list of qualified candidates and more information on Measure E is available at www.weho.org/elections.