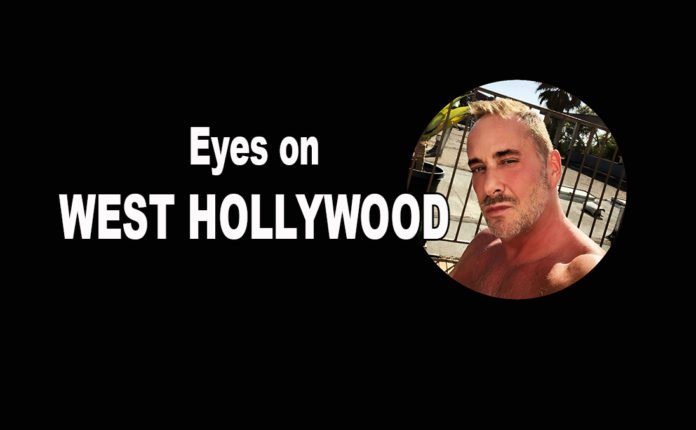 I thank God for bottoms everyday. Tops and bottoms fit so nicely into God’s gay plan. He knew what he was doing. I’m always in awe of an amazing rear end. If it’s just two pillows simply to rest my head on, or nap time is over and it’s now play time, I’m a real happy guy. Well, honestly my libido does run high, so I do prefer awake time more than nap time.

I’ve always been an ass man. It goes back to grade school, with my homeroom teacher Mr. Lipsky. He was a young guy with brown feathered hair, who would wear these maroon polyester wide leg pants that hugged his butt like a commercial for Underalls. I’d sit in the back row in homeroom, his back turned to the class, as he wrote on the chalkboard, and I’d stare at him jiggle, “like Jell-O on springs”. Looking back now, I’m thinking there’s no way he didn’t feel eyes on his caboose, in or out of school.

After school, in my room with my newly discovered pubescent alone time, I’d think of Mr. Lipsky and his maroon slacks.

But even before that pubescent fantasy time, when I was about 5 years old, I had a girl playmate named Stacy who lived up the street. We’d play “strip games” as we called them. There was an old couch in her basement that we’d pull away from the wall. Stacy would go stand behind the couch and pull her pants and underwear down to her ankles. I’d go and get on my knees behind her and start kissing here bum. I guess it was an innate behavior on my part, a predictor of future behavior per se.  That’s as racy as our strip game got though. All we understood at that young age was that she had a hamburger and I had a hot dog. It’s what we had decided. I was yet to figure out that I only liked an all-beef frank with a bun, but I was headed in the right direction.

On the 8th day God created leggings. Whether a guy at the gym walks around unabashedly in his leggings and flexes his newly developed glutes to attract attention, or he’s a guy who’s always had award-winning “nalgas” and doesn’t really think a lot about what fuels his walk, either way, it’s sexy AF. I try not to stare, but all the while I’m thinking “Woof.” I’m just a guy who is only human after all—on a side note, I’m reminded of an old roommate, who way back when loved the popularity of spandex shorts but not the fanny pack craze that went with them, cuz guys would wear the pack in front, and he couldn’t see what they were packin’. Me on the other hand was very happy with the pack placement.

Recently it was in the news that Chelsea Handler and Jimmy Kimmel were called out by gays via social media because they were trying to insult Jeff Sessions and Sean Hannity by calling them bottoms. That’s the straight go-to, the ultimate degradation from a lot of the hetero world.

There are plenty of gays who will go there as well. Just the other day I was chatting on the phone with a friend and I mentioned that someone we know is a bottom and he interjected “You’re kidding” with a sarcastic tone.

Stop it with the bottom shaming!

Since the iPhone allowed us to download hook-up apps, we gays have been given the option to post, semi-publicly, our preferred position. It’s another way for us to be free to express who we are openly, without prejudice. An absent issue from hetero encounters.

The passive players in the gay bed deserves the most respect. Labeled passive, but spontaneity relies on them. Don’t be fooled, they’re the ones in control. When they say no, it’s no. Not to question why, remember bottoms usually need prep time, a little time to plan. Respect and be a gentleman. Until you’re cued not to be.