Tesla Supercharger Station is Coming to WeHo in 2022 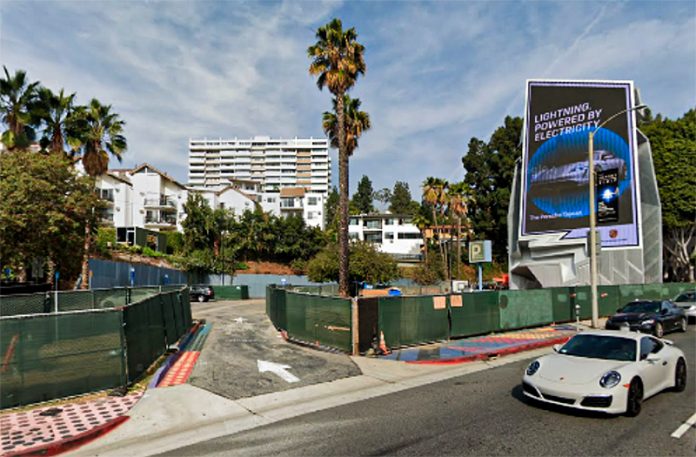 At a regular West Hollywood City Council meeting on December 7, 2020, the City Council moved item 5.A. to consent approving a License Agreement with Tesla, Inc. for the installation of a Tesla Supercharger Station at the parking facility at 8759-8775 Sunset Boulevard.  The infrastructure upgrades will also include accommodations for the City’s first municipal Level 3 electric vehicle fast-charging station on the property.

According to Tesla.com, the supercharger station is coming to WeHo soon. The station is targeted to open sometime in the second quarter of this year. 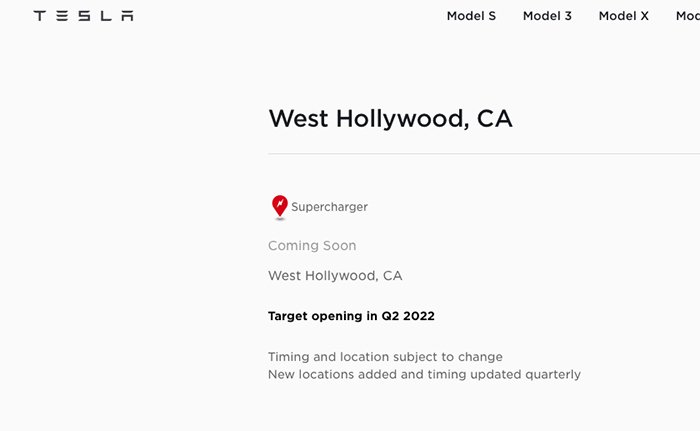 The City granted to Tesla a license to use and access eight (8) parking spaces, up to five (5) feet of additional parking width to provide disability access, and approximately 200-400 square feet of space for equipment.

A City Staff report states that the use of electric vehicles has a direct impact on reducing greenhouse gas (“GHG”) emissions. The implementation of electric vehicle (“EV”) charging measures is a vital component to meeting the sustainability goals of the City’s General Plan and Climate Action Plan since they create a reliable and accessible network of resources that encourage the ownership or leasing of EVs as well as multimodal options in the Southern California region.

According to plugshare.com, there are 67 charging stations in West Hollywood currently.

Todd R Lockwood, a Tesla community organizer in Vermont, states that a Tesla Supercharger is a “Level 3” car charger, meaning that it puts direct current straight into the Tesla battery at roughly 400 volts, which is the battery’s operating voltage. Currently superchargers consume up to 130,000 watts while charging.

In comparison, a “Level 2” charger puts alternating current into Tesla where it is converted to direct current by an onboard charger. Then the direct current is fed into the Tesla battery. Level 2 chargers typically operate at 240 volts and consume 5,000 to 12,000 watts. A typical Level 2, like a ChargePoint, will add about 22 miles of range for each hour that it is plugged in. A Tesla Supercharger will add as much as 300 miles of range an hour.

The Tesla Supercharger station will be in an access controlled pay parking lot. According to post in Tesla Motors Club, Tesla owners who choose to charge in WeHo will have to pay both their normal supercharging costs and the full parking rate, which at this time is $2/hr from open at 8AM until 6PM and $5 flat rate after 6PM Sun-Thurs; or $8 flat rate after 6PM Fri & Sat. Here’s the West Hollywood Parking webpage which should list any rates changes in the future.

The WeHo City Staff report adds that there is significant demand from residents, visitors, and other community members for fast EV charging services in West Hollywood but only a very limited supply of these services in the region and none within City public facilities. The new charging station will serve as a template for future implementations. In addition, staff has introduced Tesla to several private parking lot owners for potential expansion of its fast-charging network throughout the City.

So the question of the day is how much are they paying the city for this ???