Take the Survey – City Seeks Feedback on HIV and Stigma 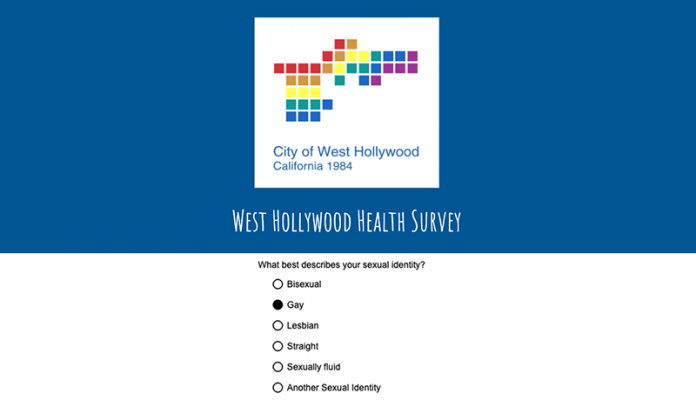 Have you taken the survey yet? Earlier this month, the City of West Hollywood launched an online survey on HIV and Stigma for residents and members of the community, regardless of HIV status.

The survey will be helpful to the City in the ongoing implementation of its HIV Zero plan. This is the fifth wave of the survey on stigma. Community members are encouraged to take part in the survey even if they have completed a survey as part of a previous wave.

The survey is available at www.weho.org/hivzero. Its goal is to understand how stigma impacts access to care and overall health and wellness. Stigma and discrimination are potentially the most difficult aspects of HIV/AIDS to address. For people living with HIV, stigma is related to negative psychosocial, physical and mental health issues such as social isolation, anxiety, and depression. Among HIV-negative gay and bisexual men and transgender women, sexual orientation-based stigma can negatively affect mental health, coping skills, and willingness to disclose sexual orientation, which impacts healthcare, access to screenings and preventative medicine. The prejudice and discrimination resulting from HIV stigma can be overt, such as barriers to healthcare coverage or employment termination, or subtle, such as social exclusion. A goal of the HIV Zero Strategic Plan is to build an inclusive community that supports underserved groups and honors the contributions made by people living with HIV.

HIV/AIDS has had a significant impact on the City of West Hollywood and, as early as the mid-1980s, the City was one of the first government entities to provide social services grants to local HIV/ AIDS organizations. The City of West Hollywood’s HIV Zero Strategic Plan embraces a vision to “Get to Zero” on many fronts: Zero new infections. Zero progression of HIV to AIDS. Zero discrimination. Zero stigma.