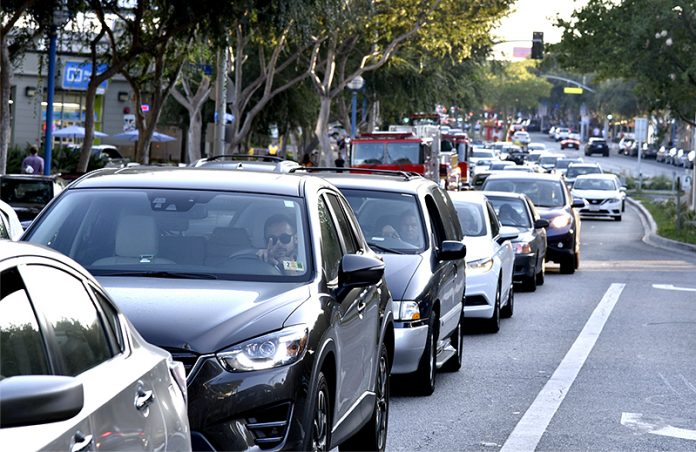 Asphalt repair is in the works in the city of West Hollywood this week from Tuesday, August 13, to Friday August 16. The repair is impacting WeHo traffic with lanes being closed at various locations on Santa Monica Boulevard between N. Crescent Heights Boulevard and N. La Brea Avenue.

The construction work is part of the City’s efforts to maintain and improve roadways and major corridors. The City of West Hollywood’s Facilities and Field Services Division will coordinate a four-day project to grind and overlay existing roadway asphalt on Santa Monica Boulevard. Crews will be mindful of peak congestion hours and will seek to reduce impacts to WeHo traffic flow as much as possible.

Work will also be performed on Fountain Avenue, Norton Avenue, Beverly Boulevard, and N. La Cienega Boulevard. Motorists are urged to plan ahead and use alternate routes in anticipation of potential delays.

Grind and overlay work to existing roadway asphalt is considered minor; the work will involve removal and smoothing of patchwork potholes. Work crews will adhere to all roadway construction procedures and will maintain at least one lane of traffic through the work area at all times. Temporary “No Parking” signs will be posted 72 hours in advance of affected work areas.

For more information about this project, call Brian Jackson, Street Maintenance Supervisor at (323) 848-6879 or bjackson@weho.org.